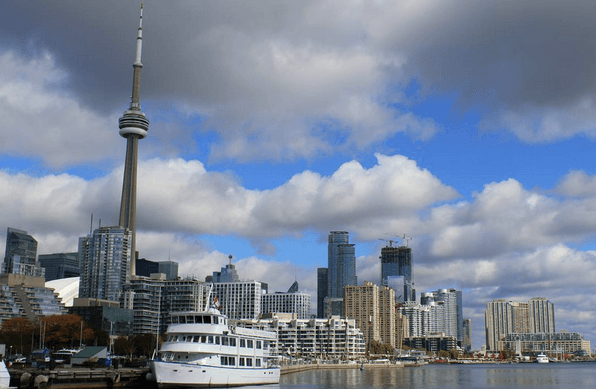 Although the housing market saw record sales through October, the average price of homes continue to peak in Toronto.

According to the Toronto Real Estate Board, the average price of a detached home is now $1.3 million, which is up 21.7 per cent from last year. Semi-detached homes rose 20.6 per cent, and averaged at $900,000 per sale.

Overall, Toronto’s housing sales were up 11.5 per cent compared to October 2015.

“The record pace of GTA home sales continued in October, with strong growth observed throughout the month. As we move through November and December, we will be watching the sales and listings trends closely, in light of the recent policy changes announced by the Federal Minister of Finance.  TREB will once again be conducting consumer survey work, in order to report on home buying intentions for 2017,” said Toronto Real Estate Board President Larry Cerqua in a news release.

Figures from the Real Estate Board’s latest release are below. 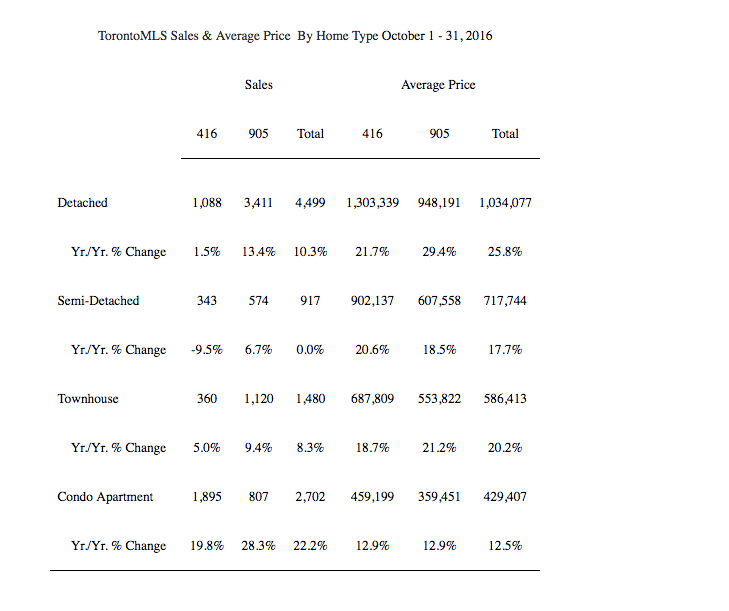