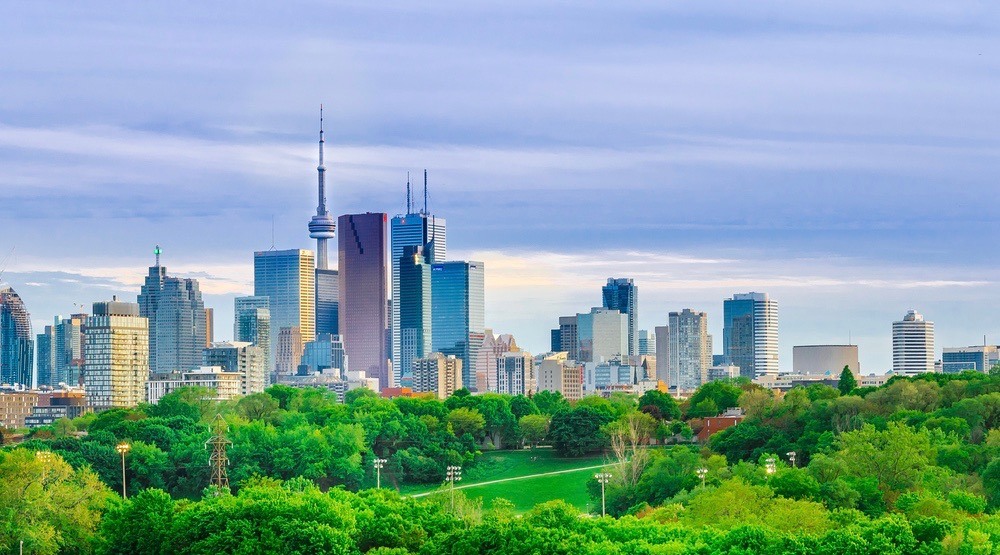 In the perennial battle between Toronto’s East and West sides, affordability and price are often hotly debated topics.

Is real estate really that much cheaper east of the Don Valley Parkway? And if so, by how much?

After analyzing prices of detached houses, condos and townhouses across all of Toronto’s 102 postal codes, TheRedPin finally has an answer.

The premium carries over into the high rise market as well, with West End condo apartments changing hands for an average price of $355,472 – a substantial $54,000 higher than East Side units. 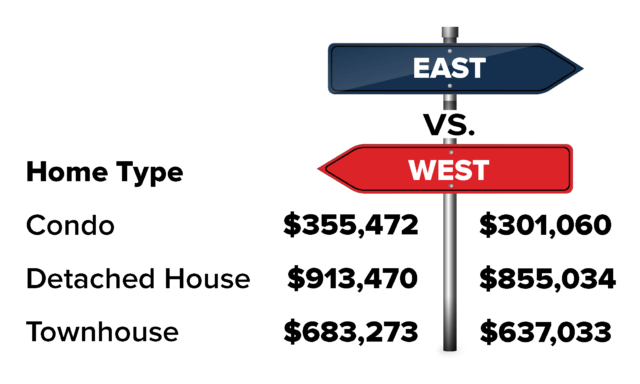 In keeping with the Toronto Real Estate Board’s demarcations, The Red Pin used the Don Valley Parkway and Dufferin Street as the city’s two dividing lines*.

We also took another step and mapped out the most and least expensive postal codes to purchase real estate for condos and detached houses across the City of Toronto, along with neighbourhoods that experienced the highest sales volumes.

Condos by Postal Code: Toronto’s most and least expensive neighbourhoods

*East – West divide is not precise to the DVP and Dufferin