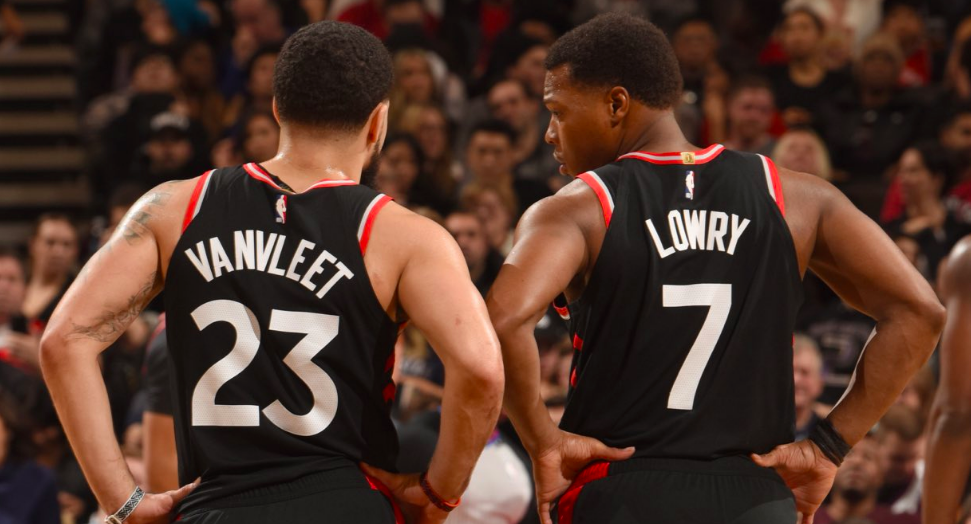 It’s a good thing the Toronto Raptors have Alex McKechnie on standby as the VP of player health and performance.

In Wednesday night’s game against the Detroit Pistons, the Raptors’ Pascal Siakam, Marc Gasol, and Norman Powell all went down with injuries and are considered out indefinitely.

Siakam is dealing with a stretched groin, Gasol strained his left hamstring, and Powell sustained a “subluxation” on his left shoulder, the same shoulder he hurt last year and missed over 20 games.

Pascal Siakam, Marc Gasol, and Norman Powell all out indefinitely. As feared, Powell has a subluxation of that shoulder again. Siakam sufferer a “stretched groin.” pic.twitter.com/w0GjYizHvM

As a result, the Raptors have had to get creative with their lineups. Case in point, for Friday’s game against the Washington Wizards, head coach Nick Nurse went with a small lineup with three guards in Kyle Lowry, Fred VanVleet, and Patrick McCaw.

One thing that the Raptors could do to weather the storm of injuries is to separate VanVleet and Lowry so one runs the starting lineup and one runs the bench mob.

As Raptors fans know already, Nurse isn’t afraid to tinker with the lineup if he sees something, so it’s not a completely farfetched idea.

To start, aside from the injuries to Siakam, Gasol, and Powell, it’s not like VanVleet and Lowry have been 100% all season.

Both guards have already had their string of injuries. VanVleet made his return against Washington after being out since December 8 with a knee injury. While Lowry missed 11 games in November after fracturing his thumb. Even Serge Ibaka missed some time with a sprained ankle.

On top of that, both guards are averaging career highs in minutes played per game. Lowry is averaging 37.4 minutes (tied with 2016-2017) and VanVleet is averaging 36.6 minutes almost 10 minutes more than last year (27.5 minutes).

While both guys aren’t the kind of players to ask for load management, splitting their time on and off the bench could taper their minutes while their teammates recover. Or at the very least it to better matchups for each player.

For example, when Lowry was recovering from his finger injury VanVleet picked up the slack and saw an increase in points, rebounds, assists, field goal percentage and three-point percentage compared to his season average.

As for Lowry,  it’s as important as ever for him to stay healthy. Especially with the Raptors dealing with less depth than in previous years.

At age 33, Lowry is averaging the third-highest points (19.1) and assists (7.3) per game in his career. Along with the second-highest amount of rebounds per game (5.0) in his career.

For both players, some time off the bench can do them some good, not only for their bodies, but for the scoresheet as the team deals with the injury bug.