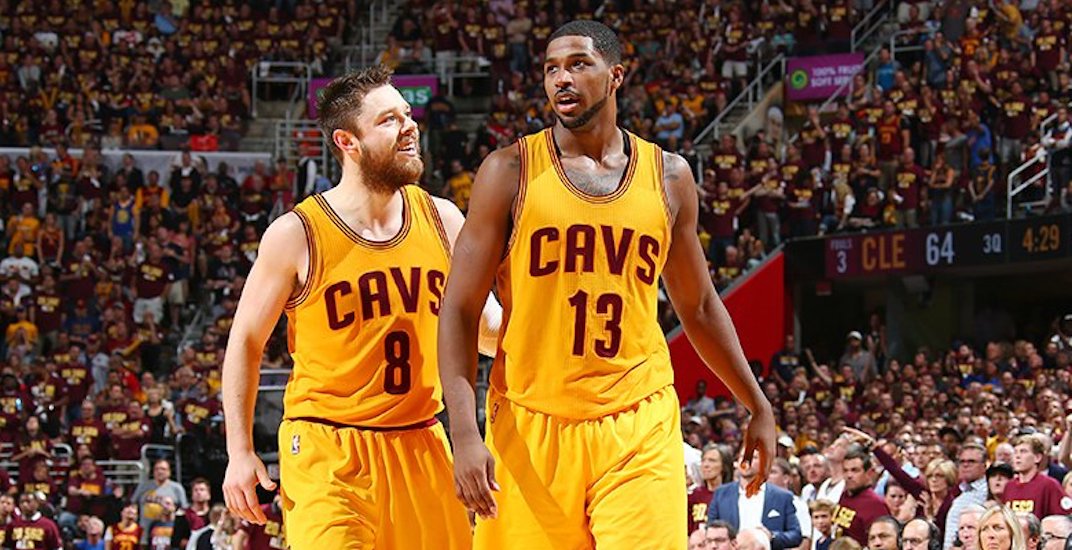 The Cleveland Cavaliers are looking to offload talent, and the Toronto Raptors are apparently interested.

The Cavs haven’t been a powerhouse team since LeBron James left for Los Angeles, as evidenced by their woeful 5-15 record this season. That has the team thinking rebuild, with veteran Canadian big man Tristan Thompson reportedly on the trade block.

According to Sports Illustrated’s Sam Amico, the Raptors are “said to have a high interest in Thompson.”

A native of Brampton, Ontario, Thompson will become a free agent once he finishes the final year of a five-year, $82 million contract this season. The 28-year-old is enjoying one of his best statistical seasons so far, averaging 13.9 points, 10.6 rebounds, and 2.2 assists on an undermanned Cavs team.

The Raptors, meanwhile, have proven they’re still a force to be reckoned with — even without Kawhi Leonard. They’re currently tied for second place in the Eastern Conference with a 15-5 record, but may be looking for an extra boost for another deep playoff run.

The Raps might also be thinking ahead to next season, where they may need to replace one or both of Marc Gasol and Serge Ibaka. Both Raptors big men are unsigned beyond this season.

What it would take to pry Thompson out of Cleveland is unclear at the moment, though they’d be interested in draft picks and young players.