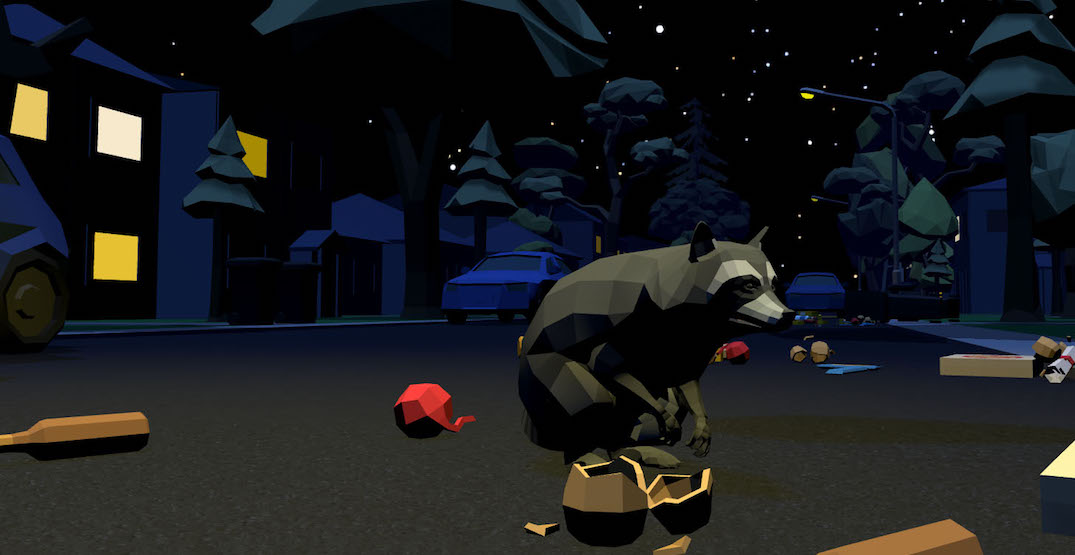 Almost everyone in Toronto has a story about running into a raccoon rummaging through garbage and making a big mess, and thanks to a yet-to-be-released video game, you can soon be that raccoon.

“Right now, the main objective is to make as big a mess as you can,” Jason Leaver, the game’s creator, told Daily Hive.

Leaver, an east-end Toronto resident, best known for his award-winning web series Out With Dad, says he started working on the game called “Trash Panda” a few months ago.

“Though the idea had been percolating in my mind for a while,” Leaver said. “One of the best tools for an indie game developer is the Unity Asset Store, where game makers can download all sorts of assets for your games. A while back, I came upon an animated raccoon character asset. Being the proper Torontonian that I am, I just had to have it. I bought it, not knowing what I’d do with it. Then, one night while taking out the garbage, the idea struck me.” 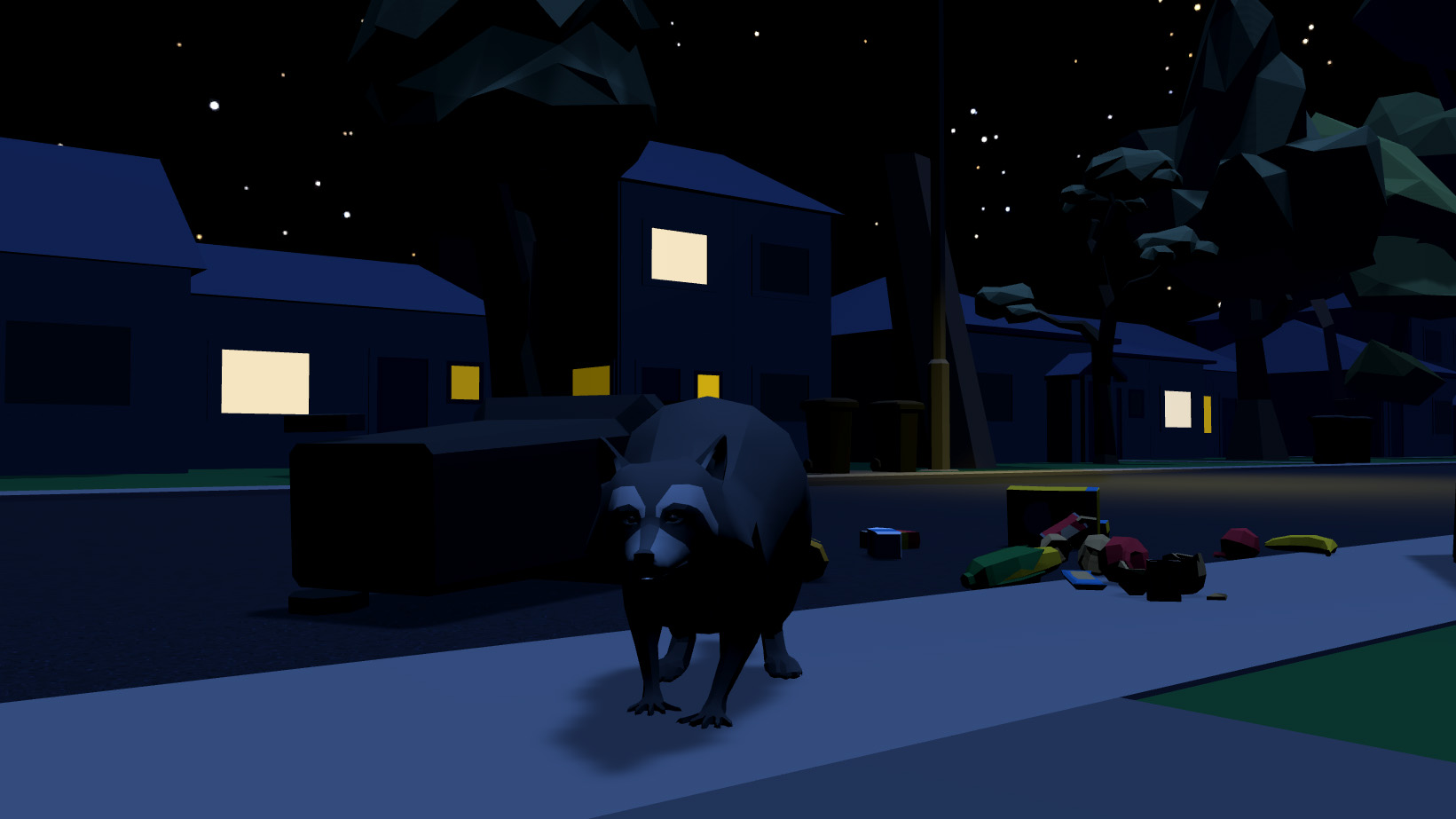 In the game, which Leaver says he plans to have finished this year, players will scour Toronto streets for garbage, but how exactly points will rack up is still undetermined.

“I’m still figuring out the details,” Leaver said. “Maybe you’ll get points for a big mess? Bonus points for particularly tasty rotten food? I don’t know yet! What’s been really cool, since word about this game has come out, I now have hundreds of people sharing their ideas of possible objectives. I’m spoiled for ideas.”

When designing the Toronto streets for the game, Leaver says he took inspiration from his own neighbourhood to make sure the game has an authentic Toronto feel.

“On my evening walks, I’ve been paying close attention to how cars are parked, shared driveways, sizes of houses, etc.,” Leaver said. “But it won’t be a specific street.”

Leaver says he’s planning to eventually add in the Toronto skyline as seen from the east. And users won’t ever get totally used to the game’s layout because Leaver says he’s writing the game in a way that it will generate a new street every time a user plays it.

“So, you’ll never see the same street twice, but it will always have a Toronto flavour,” he said.

Leaver says he would love to have “Trash Panda” finished by the summer, but since the raccoon video game is a side project in addition to a full-time day job in Toronto, an official release date is still to be determined.