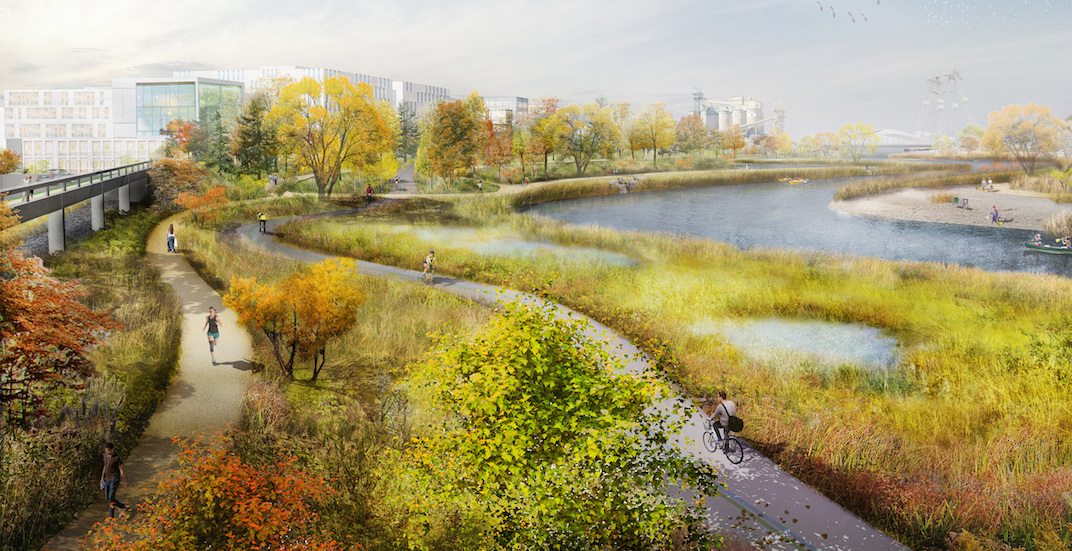 The protection project is intended to help protect nearly 300 hectares of land from flooding, making it one of the “most ambitious” construction projects in Toronto history.

Today we broke ground on a new river valley as part of Port Lands Flood Protection. We were pleased to join our government partners and project partners to mark this major milestone in a game-changing project for Toronto, Ontario and Canada. Details here: https://t.co/VVQeZDzPyF pic.twitter.com/TTFIb5jEBT

Waterfront Toronto was joined by all three orders of government for the groundbreaking ceremony, which raised a shovel to the $1.25 billion, multi-year project to flood-proof east downtown Toronto.

The project also includes a plan to create a kilometre-long river valley, Villiers Island on Toronto’s waterfront, and new neighbourhoods and places to work, additionally adding $5.1 billion in value to the Canadian economy, according to Waterfront Toronto.

All three orders of government, who are splitting the bill, will generate $1.9 billion from the project.

It was great to be in the Port Lands this morning to highlight the progress we are making on our revitalization efforts & to celebrate the start of the river valley excavation, one of the largest waterfront revitalization projects in the world. pic.twitter.com/sBlwTtpEch

“Today, the work begins on the river valley of one of the largest waterfront revitalization projects in the world and certainly one of the most ambitious and significant infrastructure projects in Toronto’s history,” said Mayor John Tory.

“The Port Lands Flood Protection project is a key Council priority and a long-term investment in our city’s social, economic, environmental and ecological future. The project will unlock the potential of underutilized waterfront lands, protect the area from flooding and create new parks, natural areas, and neighbourhoods where people will live, work and play.”

The completion of this project means that more than one-third of Toronto’s waterfront will be unlocked for revitalization.

Waterfront Toronto says, “this next phase of waterfront revitalization will not only bring thousands of new residents and jobs, but will also provide more access to the waterfront for everyone and create a globally-significant destination where people can experience the natural wonder of the waterfront.” 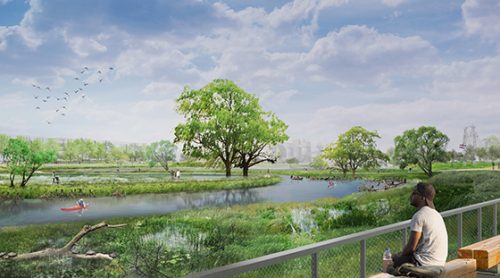 Artist renderings of the kilometre-long river valley, which will serve as a natural spillway and new mouth for the Don River, promise waterways where locals can go canoeing and kayaking, while connected parks with paths will attract pedestrians and cyclists. 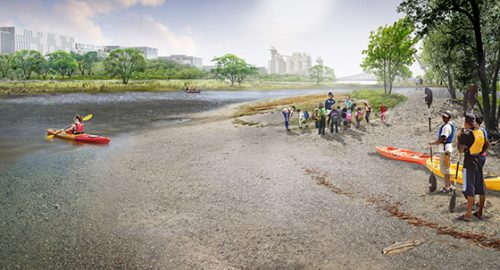 Along with other critical infrastructure to protect the area against flooding, this work will create the foundation for a future island community on the waterfront. Once developed, Villiers Island will provide homes to thousands of people and economic opportunities to thousands more. 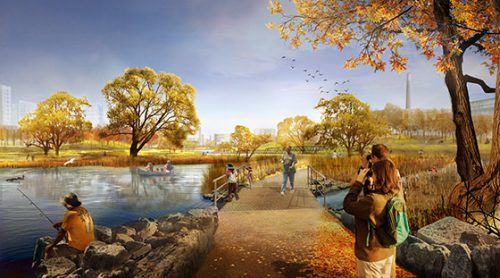 Villiers Island is being planned as Toronto’s first ‘climate positive’ precinct, and will be developed as an innovative climate positive community, with carbon reduction and sustainability built into its design. 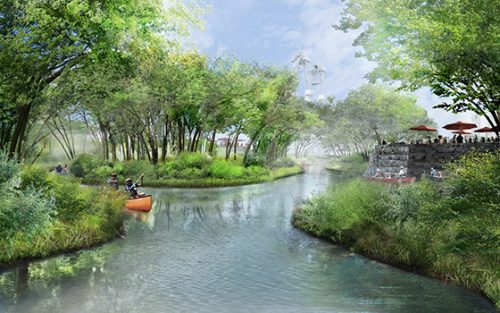 “We have a record of creating affordable housing, commercial space, aquatic habitat, critical infrastructure, and beloved public spaces on the waterfront. This project is a game changer, opening up an area roughly the size of Toronto’s downtown for new homes, workplaces, parks and more access to our waterfront’s natural wonder.”

While construction of the protection project is expected to be completed by 2023, completion of Villiers Island won’t be until 2024.