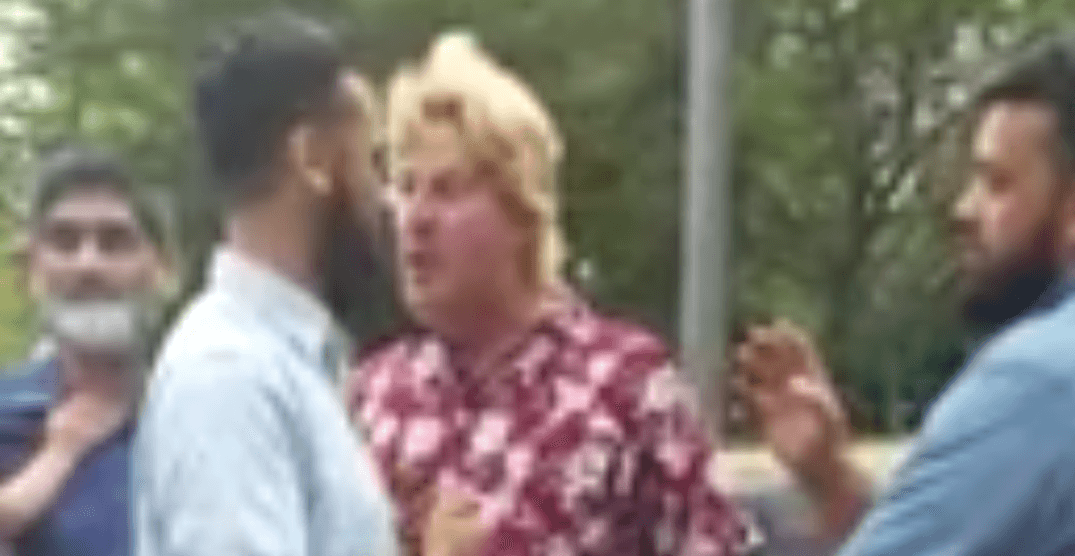 A man has been captured on camera hurling racist insults at a group of people in downtown Toronto, at the Jack Layton Ferry Terminal.

In a video posted to Reddit, the man can be heard screaming “It’s my f*cking province,” and telling the group ‘You don’t ask me a question in my province.”

According to a tweet, the incident reportedly took place on Wednesday afternoon, and one of the group members comments that they can smell alcohol on the man’s breath.

“He’s drunk, let him go, you can smell him,” comments a bystander.

Throughout the recorded exchange, which lasts for over four minutes, the man hurls a barrage of insults at the group, asking them where they are from, and constantly repeating that it’s his province.

The incident follows another recent racist incident in Ontario that took place at a Sobeys in London.

In that incident, a man attempting to leave the store was stopped by another man.

The man then reportedly asked the victim if he was “scared to be deported,” and asked him “to show his Canadian documentation,” said Montoya.