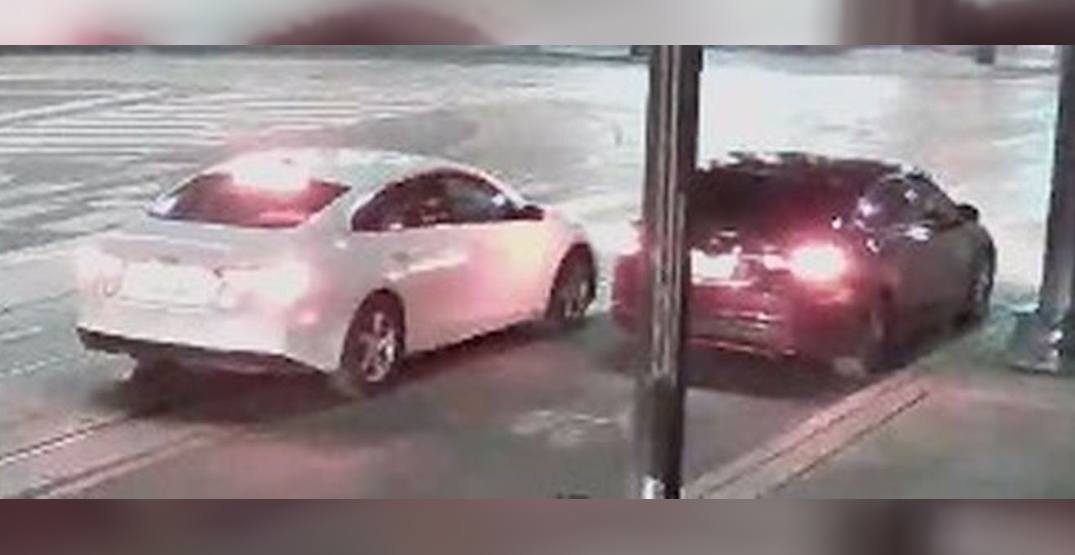 Toronto Police are seeking public help to identify the drivers and cars they say were involved in a shooting at Queen and Spadina on Wednesday morning.

Law enforcement says that the shooting occurred at about 3 am on Wednesday, June 5, and sent one person to hospital with serious injuries and shot up surrounding buildings in the area.

It is alleged that a white and red car were seen following each other in the Spadina Avenue and Queen Street West area when an interaction took place at the intersection and the driver of the red car opened fire on the white car, hitting the passenger.

Police estimate that 12-15 shots were fired and they believe the white vehicle has several bullet holes. They also say that a 33-year-old man received a gunshot wound to the hip, and was taken to a hospital for his injuries.

Investigators believe that the white vehicle is a Chevrolet Malibu. They ask for the public’s help to identify the drivers of both cars and any additional information on the vehicles involved in the incident.

Police have released security camera images of the vehicles: