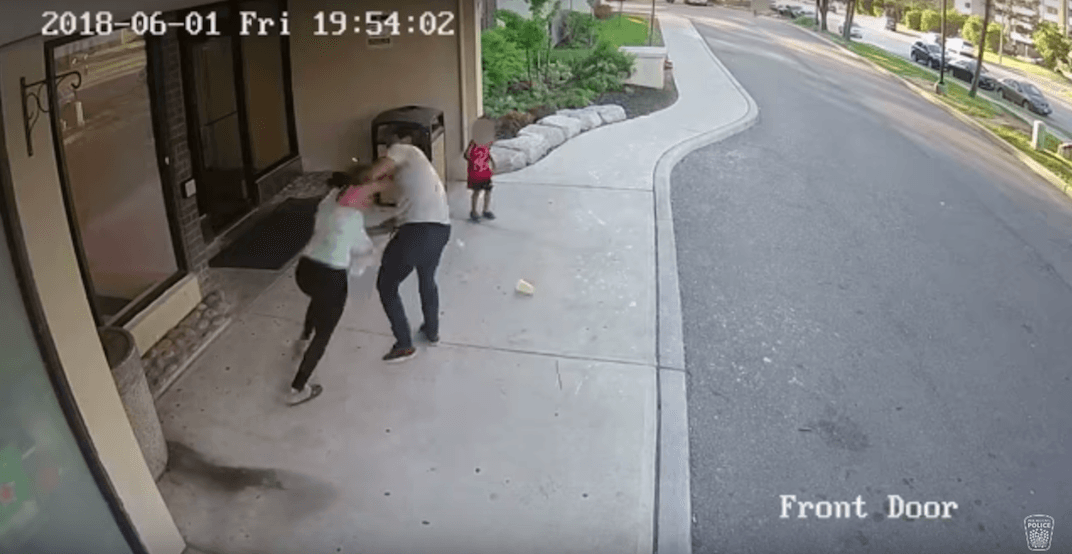 Update: Since writing this post, Peel Regional Police have arrested 24-year-old Anirudha Nayagam in connection to this incident. Nayagam has been charged with sexual assault, assault, and criminal harassment.

Peel Regional Police are asking the public for help identifying a man in connection to a violent sexual assault attack in Brampton.

Police say on Friday, June 1, around 7:45 pm, a 23-year-old woman was approached by a man at a convenience store in the area of Kings Cross Road and Knightsbridge Road.

The man attempted to make conversation with the woman and she walked away from the man on foot. Police say the man then followed her in a silver vehicle.

On June 12, 2018 #PRP released images of a Sex Assault suspect. You can see them at:https://t.co/rd8Hky4Ldg#PRP today is releasing video of the incident. Check out the video at the the following link:https://t.co/sLZaDLDopA

Police have now released surveillance video of the woman being attacked in front of a child outside a Brampton apartment building.

In the video, the man can be seen approaching the woman again before he sexually assaults her and pulls her away from the child.

The man pushes the woman before turning to run away. He then comes back a second time, grabs her by the hair and assaults her again.

Warning: This video may be disturbing to viewers

The suspect is described as a South Asian male, approximately 30-years-old, 5’7, with a medium build, and glasses.

He was wearing a grey t-shirt and dark pants.

Anyone with information in relation to this incident is asked to contact investigators at the Special Victims Unit, 905-453-2121, ext. 3460.

Information may also be left anonymously by calling Peel Crime Stoppers at 1-800-222-TIPS (8477), or by visiting www.peelcrimestoppers.ca.