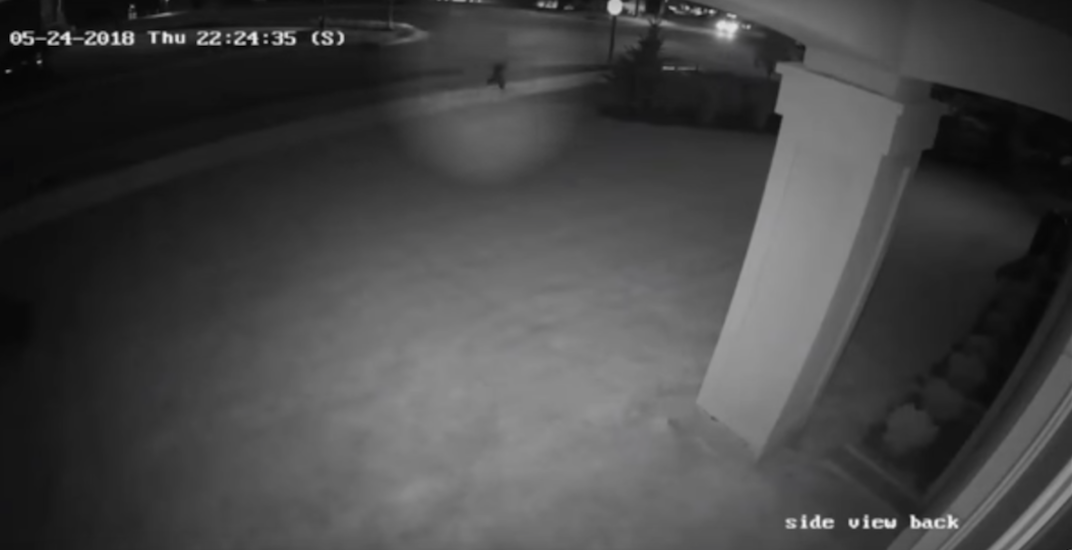 Police have released a new surveillance video of two suspects fleeing after a bombing at a Mississauga restaurant last week.

Peel Regional Police are now asking the driver of the car or any other car that may have witnessed this to contact them.

According to police, fifteen people were injured when an improvised explosive device went off in Bombay Bhel restaurant on the evening of May 24.

Police are now trying to identify the two suspects involved in the bombing, who fled the scene immediately after the explosion.

Police believe one of the suspects may be a female.

The first suspect is described as approximately 5’10” to 6 feet tall with a stocky build. The suspect was wearing dark pants, a dark coloured hoodie pulled over their head, a baseball cap and the face was covered with dark material.

The second suspect is described as approximately 5’10” to 6 feet tall with a medium build. This suspect was wearing blue jeans, a dark coloured hoodie pulled over head and the face was covered with dark material.

Police say the suspects went to great lengths to hide their identities.