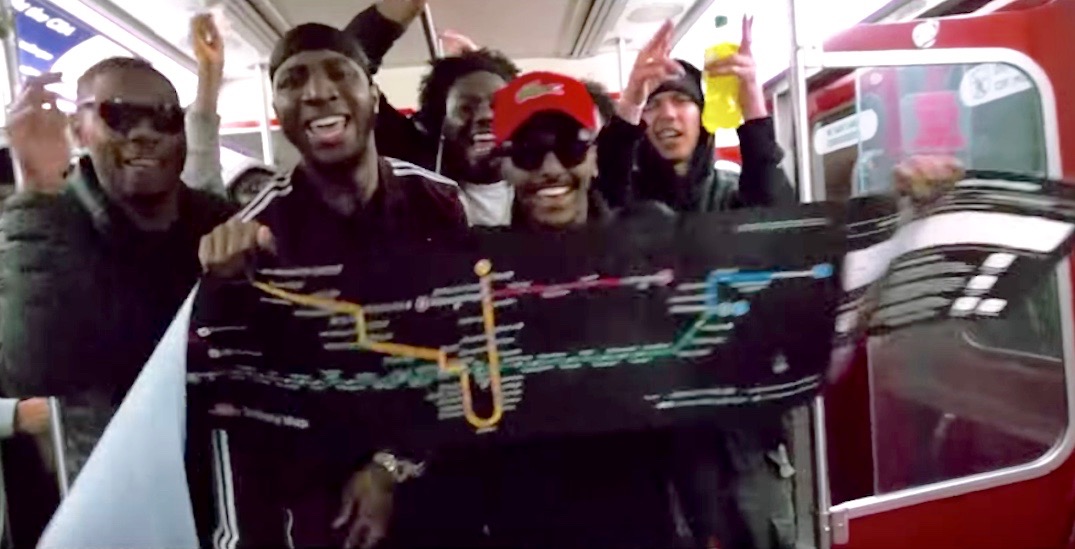 The TTC says that Toronto Police are looking into a music video that has lyrics threatening the transit agency.

The video, by 6ixreacts, was posted on YouTube earlier this month.

“I ain’t playin’ with the TTC… I’ma walk in for free… two shots to your door,” are some of the lyrics in the song in question, some rapped while depicting a gun in hand.

A complaint by a transit staff had TTC’s Brad Ross responding to the issue in a tweet.

“The TTC condemns this video and lyrics in the strongest possible terms. The content threatens extreme violence against TTC employees, which is a criminal act. This is completely unacceptable,” Ross said.

He also added that those in the video did not seek authorization to film, and that the TTC has requested YouTube to remove the video from its platform.

“At least once a day, TTC employees are assaulted or threatened for simply doing their jobs,” Ross said.

“The courts and police take these matters very seriously, as does the TTC, seeking incarceration for anyone convicted of assaulting a transit employee.”

As of Tuesday afternoon, the video was still available on YouTube.

General Occurrence filed with police. Needless to say, they were not authorized to film.