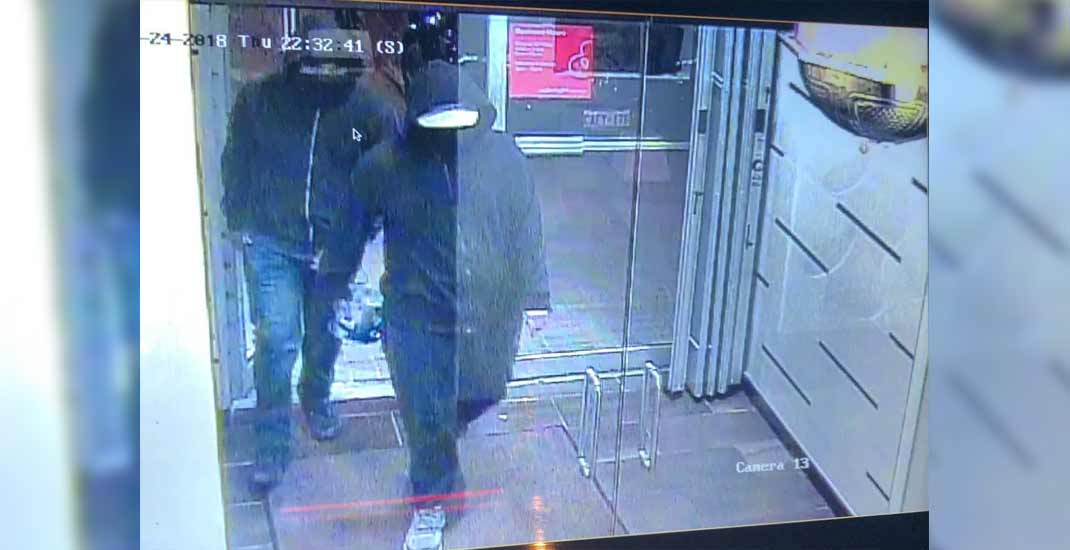 Two suspects are being sought after an Improvised Explosive Device was detonated inside a Mississauga restaurant last night.

2 suspects attended the scene, detonated an Improvised Explosive Device within the restaurant. Several injured were taken to local hospital and 3 in critical condition were taken to a Toronto Trauma Centre. pic.twitter.com/yzCT59UVN6

15 people were injured and transported to local hospitals last night following the incident at Bombay Bhel located at Hurontario Street and Eglinton Avenue. Among them, three people with critical blast injuries were taken to a Toronto Trauma Centre and have since been upgraded to stable condition.

@Peel_Paramedics have transported 15 pts. from The Bombay Bhel restaurant in Mississauga. 3 pts. were taken to trauma centres with critical blast injuries. pic.twitter.com/Qhd9mX2wV7

The suspects fled the scene immediately after the explosion and police are seeking the public’s assistance in identifying the parties.

Security footage released by Peel Police shows the suspects with covered faces, but the first is described as a male in his mid-20s, 5’10 to 6 feet with a stocky build, light skin, and wearing dark blue jeans, dark zip-up hoodie pulled over a baseball cap with light grey peak.

Speaking to reporters this morning, Mississauga Mayor Bonnie Crombie called on the perpetrators to turn themselves in.

This is not our #Mississauga. Thankfully there were not any fatalities and none of the victims were children. I’m calling on the perpetrators to turn themselves in. If you have any information, please call Peel Police. @PeelPoliceMedia will provide updates throughout the day. pic.twitter.com/U0pC4FbAZT

Police chief Jennifer Evans addressed the media on site as well. While she wouldn’t comment on if this was a targeted attack, she did confirm that two private birthday parties were occurring inside the restaurant at the time of the incident.

Providing an live update on the explosion at Bombay Bhel restaurant in #Mississauga https://t.co/X8RhCEW66G