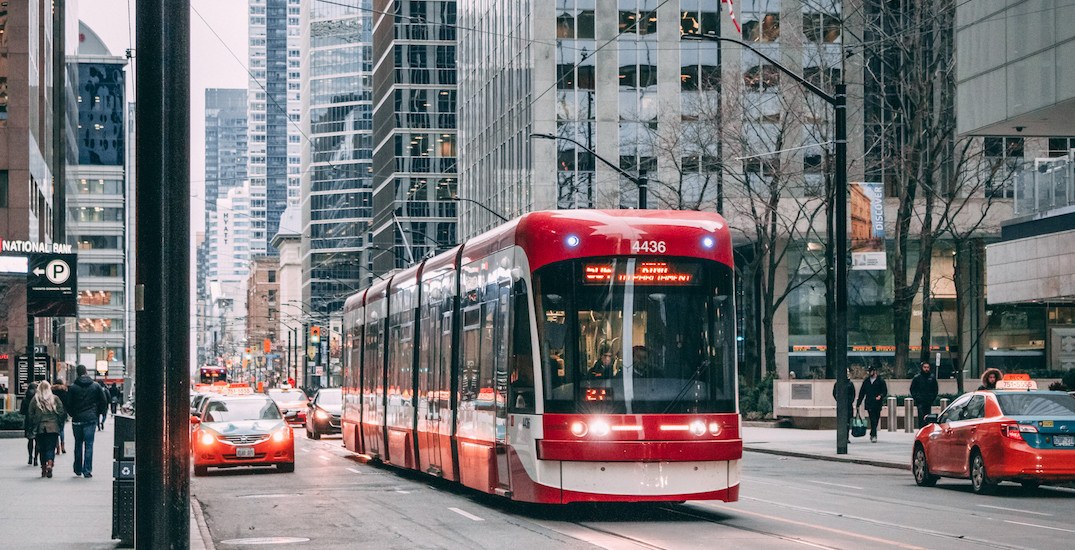 Since the King Street Transit Pilot was launched, city police have issued approximately 4,600 provincial offence notices along the stretch of road.

Police say that over the past few weeks, there have been multiple requests for enforcement data related to the King Street Pilot that began on November 12, 2017.

Along with the number of offences, police have also released the top infractions which were as follows:

The King Street Transit Pilot is along King between Bathurst Street and Jarvis Street aiming to improve transit reliability, speed, and capacity.

At the time, Vivian, a waitress at Kit Kat, told Daily Hive they are demonstrating that they support the King Street Pilot, but want to show that the street is so slow they can now host a game of hockey.

“If John Tory wants to bring entertainment to King Street, why not bring a game of hockey,” she said.

To encourage people to visit King Street neighbourhood bars, restaurants, and businesses, the City of Toronto is offering free parking in the Pilot area.