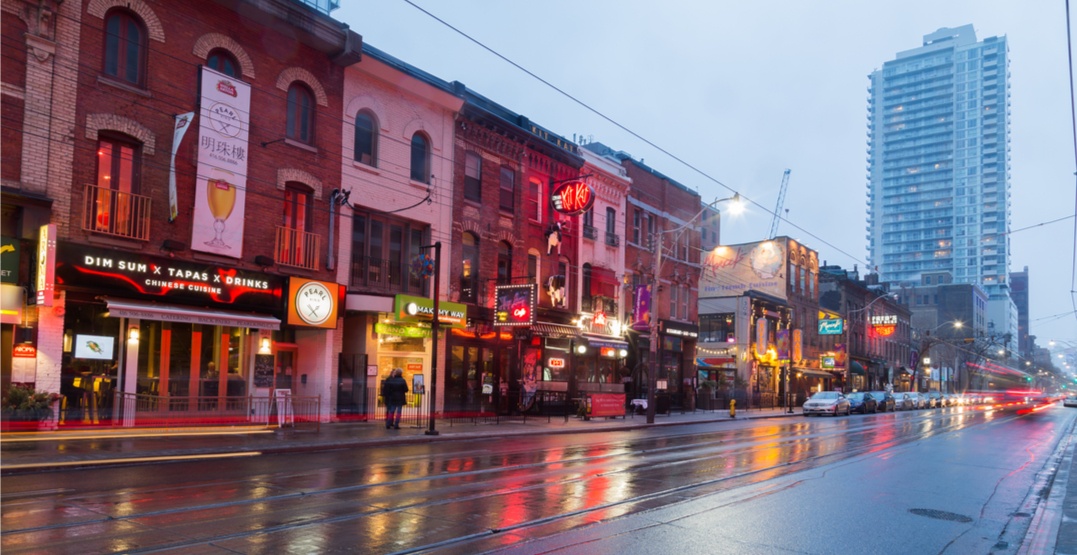 Yes, this is another King Street pilot article. This time, it’s about parking, again.

After initially offering parking discounts in the King Street pilot area to encourage people to visit the neighbourhood’s bars, restaurants, and businesses, the City of Toronto is now offering free parking.

On Friday, the City announced that up to two hours of free parking on King (up to $10) are among “operational changes to improve transit and traffic flow and support local business.”

The City said that it’s responding to feedback from transit riders, drivers, and the businesses in the pilot area.

“In response to concerns about the removal of on-street parking on King, 90 parking spaces are being added to side streets in the pilot area – replacing 50 per cent of the spaces that were removed from King Street – with additional spaces currently under review,” states the City in a release, adding that approximately 8,000 parking spaces are now available in the pilot area (within walking distance of King Street.)

Additionally, there will be more loading zones for cars for accessible pickup/drop offs in front of the Royal Alexandra Theatre, the Princess of Wales Theatre, First Canadian Place, and between Yonge Street and Church Street.

Green P will be rolling out up to two hours of free parking in the King Street Pilot area. This change is one of the improvements we are making to ensure King Street works for everyone. #KingStreetPilot #TTC pic.twitter.com/UnGzxB5UKo

As well, signal timing has been adjusted at Bathurst Street, Church Street and Jarvis Street to improve traffic flow for turning vehicles.

And for the increased transit ridership, which is said to have gone up by 25%, new low-floor streetcars will be deployed to the 504 King and 514 Cherry routes as they become available.

“We are dedicated to making sure King Street works for everyone,” said Mayor John Tory. “I believe these updates to the Pilot will help transit riders, businesses and drivers. I remain committed to listening to everyone about this project and making changes where they make sense.”

These operational changes come just days after the City announced the introduction of warming stations, art installations and performances to ensure that King Street remains vibrant during the winter months.

And, if that all wasn’t enough to bring more people down to King, the City is also launching a public realm design competition, as well as “Eats on King,” a program promoting local restaurants.

“The benefit of pilot projects is that they allow us to learn as we go,” said Councillor Joe Cressy. “We’re able to make improvements, adjust to fill gaps and continue to evaluate options and work together to ensure the pilot works better for everyone.”

But not every councillor agrees.

Giorgio Mammoliti said that the Mayor has turned “the heart of the country’s business district into a joke.”

“It’s been two months since the King Car Exclusion Zone has been put in place. Whether it’s the local restaurants and bars or the arts and culture venues, it is absolutely clear that they are suffering,” tweeted Coun. Mammoliti on Friday. “John Tory’s Public Space Initiative is doing nothing to help the businesses.”

He said that businesses have seen their revenues plummet by as much as 50%.

“Fire jugglers and ice sculptures are dressing on a broken window. King Street used to be vibrant and animated. Now Tory has turned the heart of the country’s business district into a joke,” he said.