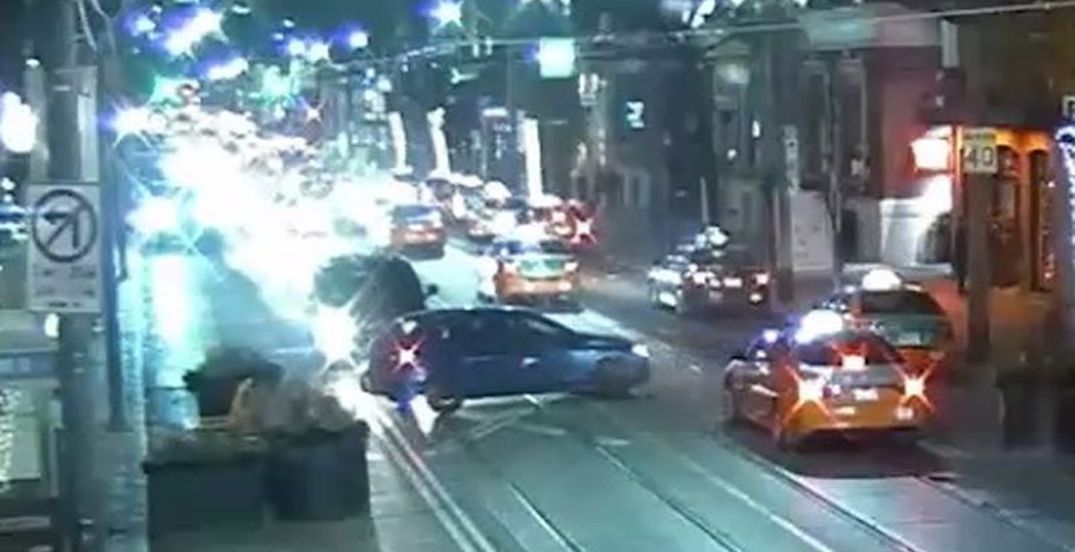 Toronto Police have released images of the vehicle involved in the double shooting on King Street early Wednesday morning.

According to police, on Wednesday, December 19, at approximately 12:10 am, officers responded to a call for a shooting in the King Street West and Spadina Avenue area.

It’s reported that a man was walking with a group of people when he was approached by the suspect.

The victim suffered multiple gunshot wounds, and was transported to hospital, where he later succumbed to his injuries.

Police say that a woman, also walking in the area, received a non-life threatening gunshot wound, and was transported to hospital.

The suspect fled the area in a vehicle believed to be a blue Mazda. Security camera images of the vehicle have been released.

Investigators would like to speak to anyone who may have witnessed the events, or had associated with the victims at any point during the evening. Police are also seeking the public’s assistance in identifying the vehicle depicted in the released images.

This was the city’s 95th homicide of the year, the most ever in Toronto. 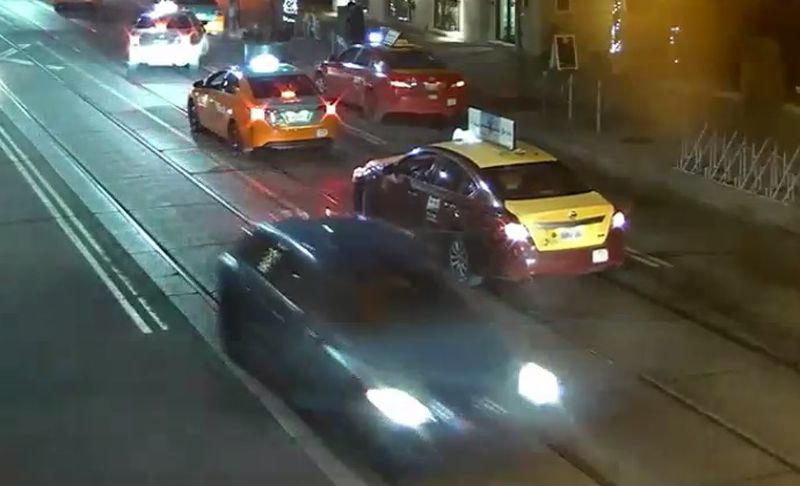