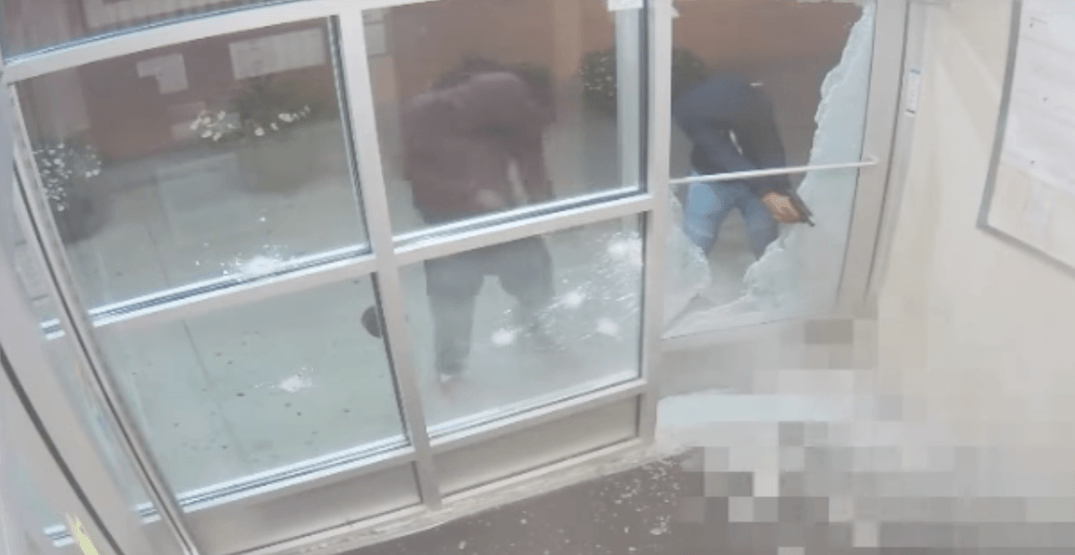 The Toronto Police Service has released videos of a recent homicide, hoping the public can assist with the ongoing investigation.

According to police, on Thursday, September, 14, 2017, at 2:54 am, they were called to the Kennedy Road and Glamorgan Avenue area for a shooting.

The victim had allegedly got out of a car, and walked into the lobby of a building when he was approached by two suspects armed with handguns.

After being shot multiple times at close range, the victim was taken to hospital where he succumbed to his injuries. The victim was identified as Anthony Soares, who was 33-years-old.

In a media conference held on September 19, detective sergeant Gary Giroux said that Soares has a criminal past with the Toronto Police Service. Giroux also said that Soares was a Toronto resident and that he was in a relationship and had a young child.

Giroux also confirmed that the victim was known to Drake, which is a reason the Toronto artist posted a public message about Soares’ (who was known as “Fif”) death.

😔😔😔😢😢😢 RIP to one of our family members…our brother… I still can’t even believe this morning was real. It was a honor to have shared years together and I will always keep your memory alive 😔Forever Fif

***Please note: Viewer discretion is strongly advised, these clip may upset some viewers.***