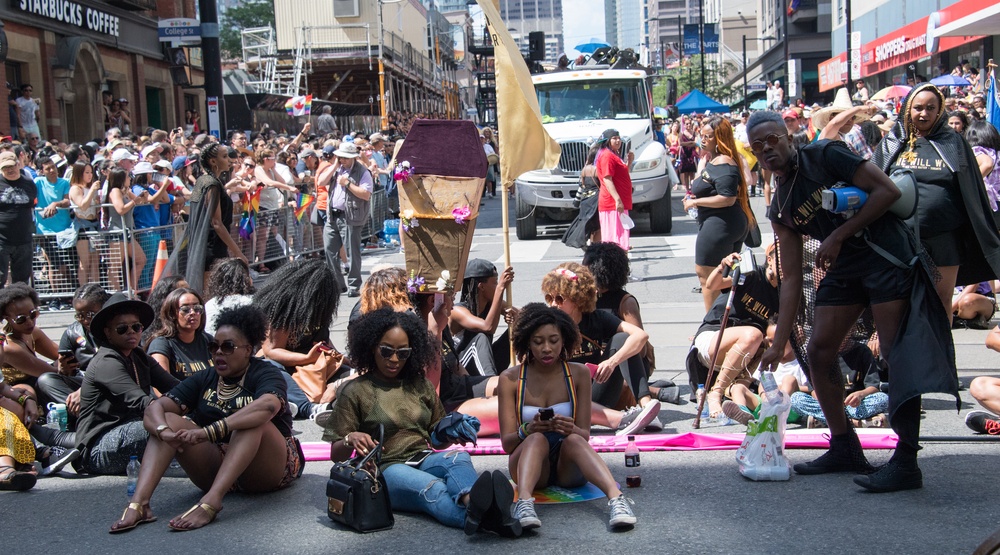 After Pride Toronto voted to remove police floats at this year’s parade, it was unclear where Toronto Police Services stood.

Saunders said the police service will not be taking part in this year’s parade. Instead, they will hold their own annual Pride reception.

“I want to make it very clear that this will have no impact on our ongoing outreach to LGBTQ communities,” Saunders added.

We have made great strides with the LGBTQ communities. It’s an inclusive relationship I’m proud of and I know the men and women of the Service feel the same way.

We understand the LGBTQ communities are divided. To enable those differences to be addressed, I have decided the Toronto Police Service will not participate, this year, in the Pride Parade.

What we will do is continue to hold our annual Pride reception.

I want to make it very clear that this will have no impact on our ongoing outreach to LGBTQ communities. We will continue to develop respectful relationships and build new ones, focusing on those who feel marginalized, with the trans and racialized communities. I will sit down with any group who feels marginalized, who comes to the table with ideas on how to make things better.

We have come a long way. We have much to do.

Last summer, Black Lives Matter demanded that Pride Toronto ban police floats from participating in the 2017 parade. The group staged a sit-in during the pride parade, causing the parade to shut down for 30 minutes, continuing only after Pride Toronto executive director Mathieu Chantelois signed a document agreeing with the group’s demands.

Mayor John Tory released a statement responding to today’s announcement by the police department, saying he was “disappointed and frustrated” by the outcome.

“I am disappointed and frustrated with the current situation,” said Tory. “No one should feel excluded from Pride and no group should have to decide it is better if they just don’t take part. This current situation is not good for a city as inclusive as Toronto. We know that diversity strengthens us as a city and pushing people apart weakens us as a city.”

“I have proudly participated in Pride for years and I want to thank the police for everything they have done to support this important event. I also want to thank police for how far they have come in their relationships with the LGBTQ2S communities. Our police officers should be commended for the bridges that have been built and that they are continuing to build.”