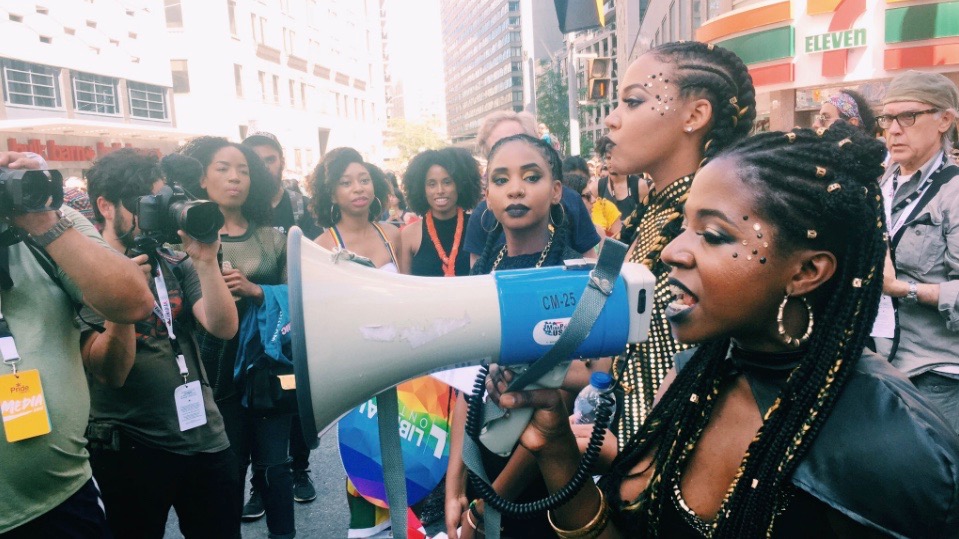 Yesterday’s Toronto Pride Parade ground to a sudden halt as Black Lives Matter staged a sit-in near Yonge and College.

Having a float at the head of the parade meant that by stopping, Black Lives Matter brought the entire parade behind them to a standstill. And they did so with purpose, having a list of demands they wanted Pride to meet in order for them to continue:

For nearly 30 minutes the Pride Parade stood motionless until Pride Director Mathieu Chantelois was able to arrive and meet with Black Lives Matter. He signed the document they put forth and the parade continued without interruption. Pride had not been told of Black Lives Matter’s intention to stage a protest.

Of the demands made by Black Lives Matter, the one that seems to be causing the most reaction from the public is the one calling for the removal of police floats from the parade. It simply reads:

Clearly, the Internet has an opinion: 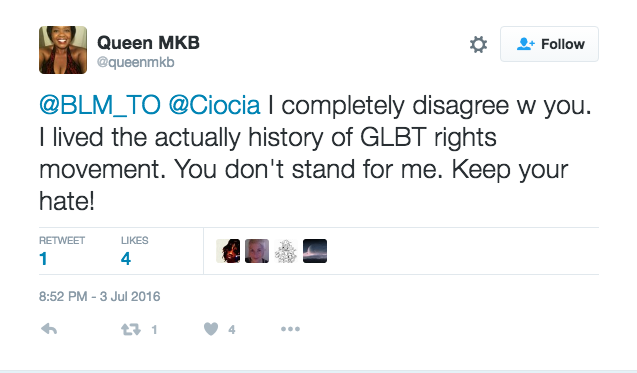 While Black Lives Matter is declaring that they ‘won’, some are more divided on the tactics used to ensure their demands were met:

You can read Black Lives Matter’s full reasons for the protest below. And let us know what you thought of the protest on our Facebook page.

#BREAKING Here is the full statement from #BlackLivesMatter#Toronto on why they disrupted the Pride Parade. #topolipic.twitter.com/GJNBuCz0lS