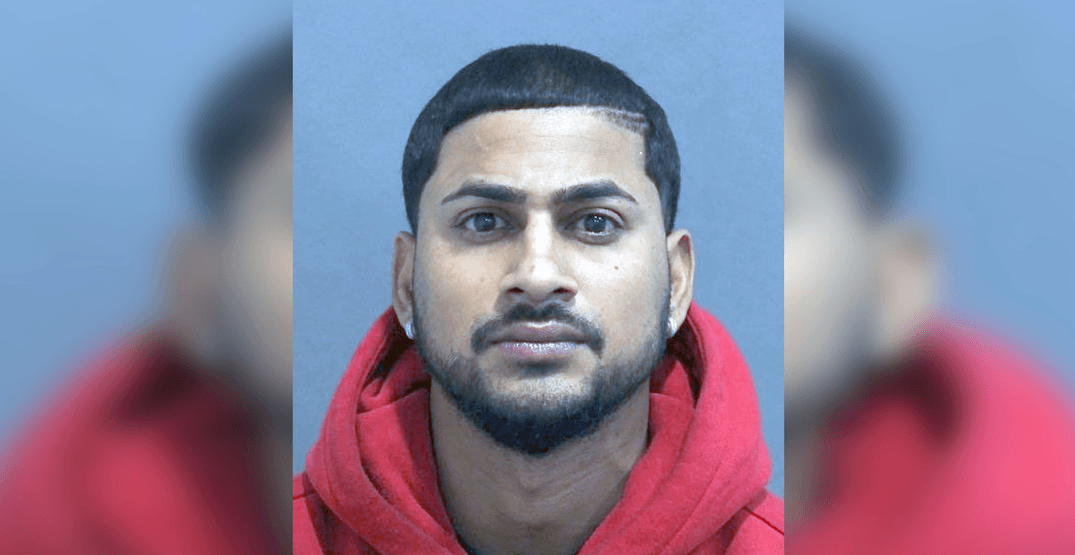 Toronto Police is looking for a man wanted in an attempted murder investigation.

According to police, on Friday, March 22 at approximately 4:20 am, a man was in the area of Greenwood Avenue and Gerrard Street East.

The man allegedly approached a 42-year-old man and the two struck up a conversation. The man was then lured away where he was allegedly attacked by three other men.

All three men involved in the attack have been identified, say police. Two have been arrested and one man is outstanding.

According to law enforcement, on Friday, March 22, 42-year-old Andrew Footit of Toronto was arrested. He is charged with Attempted Murder.

Also, police say, on Monday, March 25, David MacKinnon-Desmond, 24, of Toronto, was arrested. He is charged with Attempted Murder.

Police are now looking for 38-year-old Steven Kishna, who is wanted for Attempted Murder.

He is described as 5’8″, 160 lbs., with a manicured beard. He was last seen wearing brown and black Timberland-style boots, dark green pants, and a dark green jacket.