A man claiming to be an astrologer and psychic has been arrested by Toronto Police.

Murali Muthyalu, a 37-year-old visitor from India, was arrested on Wednesday. According to police, Muthyalu is charged with practise witchcraft, fraud over $5,000, and extortion.

Police say that during February and March, the man advertised his services as an astrologer and psychic. At the time, a 44-year-old man attended Muthyalu’s business for psychic services and was told a sick family member had been the victim of an evil spirit.

Muthyalu allegedly charged the victim $101,000 to remove this evil spirit. 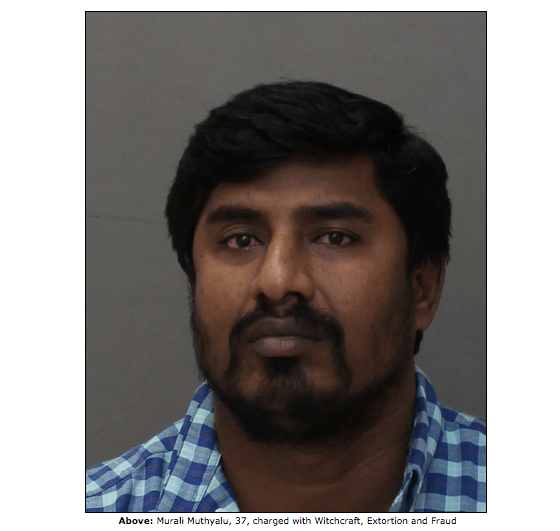