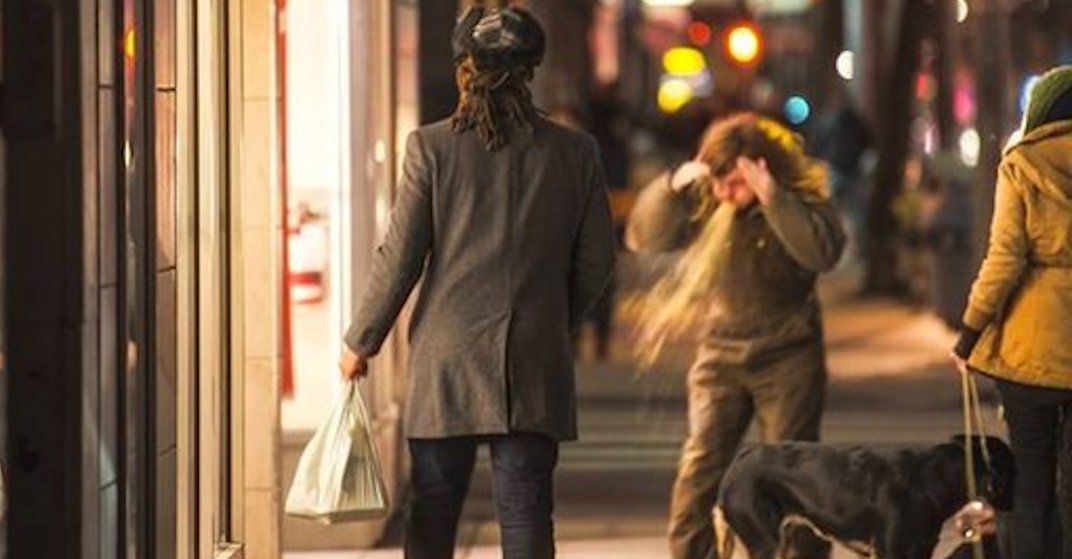 While it might feel like photographers in Toronto are a dime a dozen these days, one local photographer has just taken his photography skills to a whole new level.

And by whole new level, we mean this photographer managed to accidentally capture the exact moment someone tossed his cookies while walking down the street in Toronto.

Nick Wons, a professional photographer from Toronto, is known for his epic Instagram feed which features postcard-worthy landscape shots and flawless portraits. But now his feed features an image that’s a bit out of his element — a hilariously artistic picture of a man throwing up.

Wons says he managed to capture the cringe-worthy moment in the area of Queen Street West and Bathurst over the weekend when he was shooting some street photography for fun.

As he was shooting, “somebody randomly walked into frame projectile vomiting,” a scene that has since racked up more than 140,000 views and 2,100 comments in just 16 hours since being shared on Reddit.

People have been very impressed with Wons work, with one Reddit user commenting, “You just won photo of the year,” which Wons responded with, “I feel like I’ve reached some sort of career milestone as a photographer.”

Another user commented, “doesn’t Time Magazine hold a photo of the year award? I’d vote for this.”

This just goes to show that sometimes you have to be in the right place at exactly the right time to strike some accidental career gold.