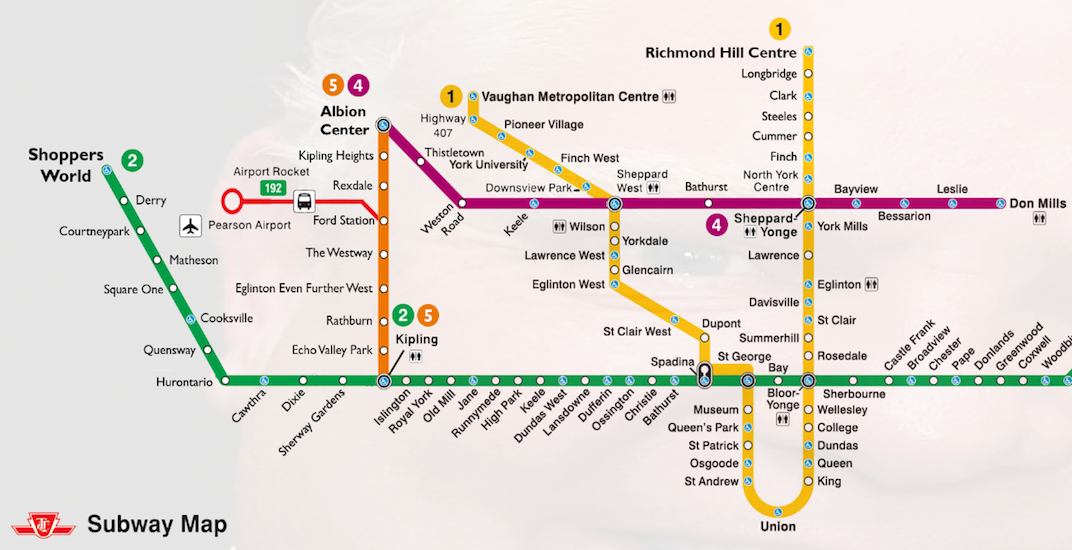 Eglinton Even Further West, Rob Ford Memorial Line and Kippling Gravy Train are just some of the funny attempts at renaming TTC stations and subway lines on a new parody relief line.

The map, which is titled ‘Doug Ford’s Subway Relief Line’ was posted on the Reddit.com subreddit /r/toronto on Sunday by a user dubbed uarentme, has since become popular among Torontonians, receiving 140 upvotes and dozens of comments and reactions.

And while a concrete plan for Ford’s suburban transit system has yet to be announced, at least we have this parody map to give us a hypothetical reality of what it could potentially look like.

The two biggest additions to Toronto’s transit line include lines 4 and 5, which are cleverly titled the Rob Ford Memorial Line and Kipling Gravy Train.

The Kipling Gravy Train line would run north through Etobicoke, which is where the Ford family lives, and among this line’s many new stations, one of the most obvious additions is Eglinton Even Further West.

The Rob Ford Memorial Line, which is named after the Premier’s brother and former Mayor of Toronto Rob Ford, who passed away in 2016 after battling cancer, would extend from Etobicoke to Don Mills.

Line 2 would be re-named as the Bloor-Mississauga-Brampton Line, extending 11 stations past Kipling Station and ending at ‘Shoppers World.’

Additionally, Scarborough Line 3 would extend all the way to Oshawa Center and would feature seven accessible stations.

And while it truly seems like this parody map has it all, one thing the creator did forget is the much-needed Downtown Relief Line, which should be called the Buckabeer Express.