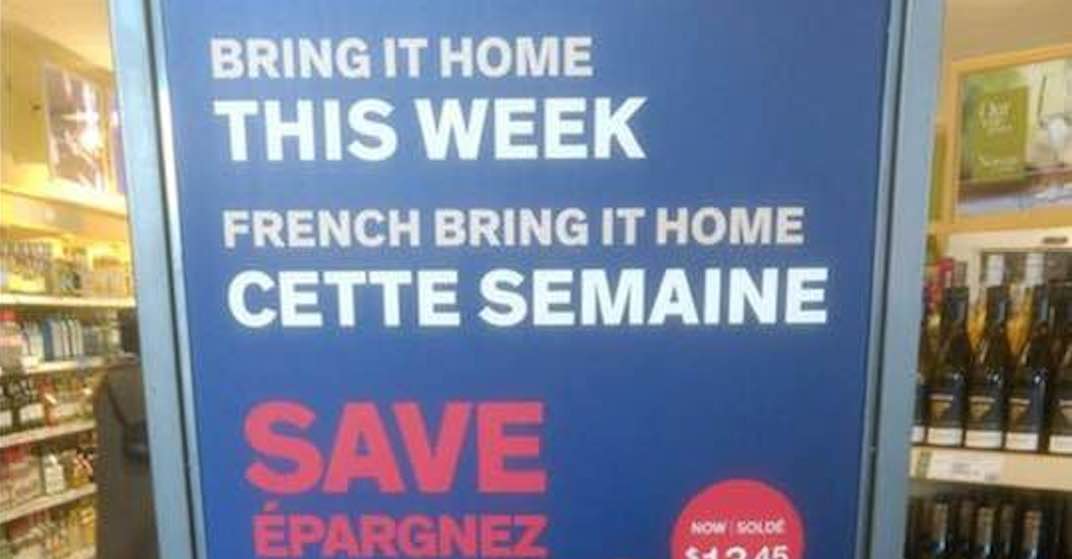 This is every copywriter’s nightmare.

The LCBO is taking a bit of a beating on social media this week after making a hilarious bilingual copy editing fail.

The liquor retailer, unfortunately, forgot to remove the French placeholder on not one but two of its new signs that are currently on display in stores across the province.

“Bring it home this week,” read the posters in bold, white text, which is followed by, “French bring it home,” and then “cette semaine,” which means this week in French.

You don’t have to be fluent in French to know that this isn’t right.

I took French immersion so I know it should be “Comment dit-on bring it home.” https://t.co/xj4ivXX1ui

It’s hard to imagine how this slipped past everyone at the LCBO, but the Internet is having a good laugh from it none the less.