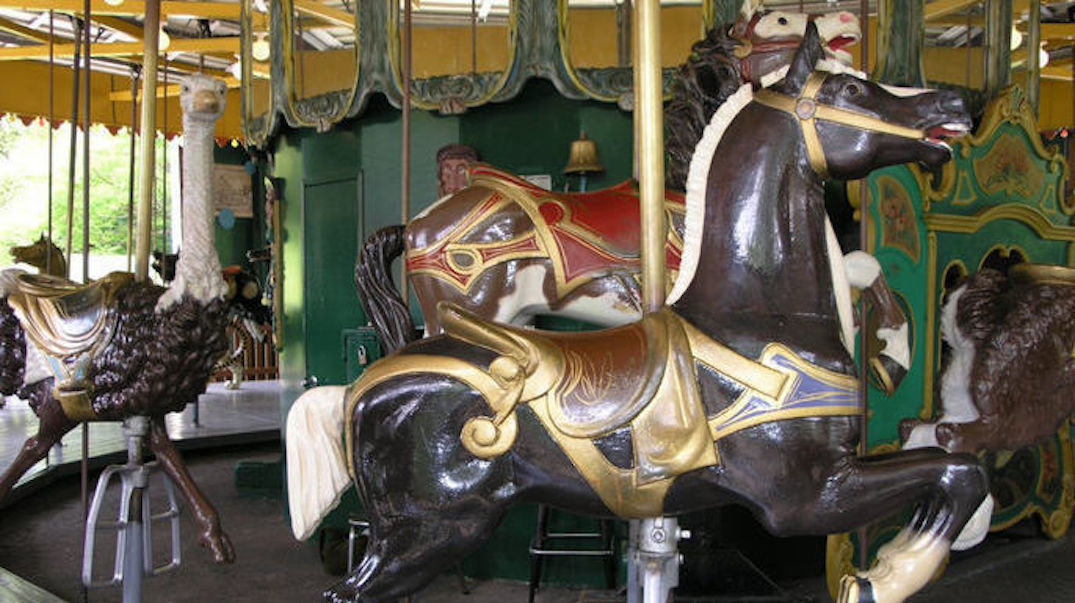 After news of its potential sale to a US city falling through, it seems the Toronto Island’s carousel might have a chance at staying in Centreville.

While reports earlier this summer stated Toronto Island’s famous carousel was heading south to Carmel in Indiana, the City of Carmel dropped its support for the $5 million carousel proposal, which effectively ended the purchase.

The historic carousel, which includes 31 horses and 21 other animals, including a lion, tiger, giraffe, reindeer, zebra, four ostriches, four boars, four cats and four rabbits, was intended to be part of a larger development plan in Carmel.

And now, Toronto Councillor Paula Fletcher wants to keep the carousel on the Island.

In a report heading to City Council this week, Coun. Fletcher is putting forward a motion to save the carousel, which is 110 years old and is one of only a handful of Dentzel Menagerie Carousels left in the world and the only one in Canada.

“The carousel is an important part of Toronto’s history and a part of people’s histories,” reads the report. “Toronto Islands is the number one destination park for tourists in our City and the carousel is a popular and stunning attraction which draws local and international visitors alike.”

According to Fletcher, the carousel was put up for sale to recouperate the financial losses caused by the flooding on the Islands this year. “It would be a shame if the rains not only eroded the shoreline of Toronto Island, but also led to the loss of this treasured heritage asset,” she said in the report.

The motion requests the city to amend the current license agreement at Centreville to secure the purchase of the heritage carousel. According to Centreville, they currently have a purchase and sale agreement with the City of Carmel conditional on financing that expires  on October 31, 2017.

Fletcher also started a petition, which currently has 2,262 signatures, just a few hundred shy of the 2,500 goal.

“I hope City Council will agree to preserve this heritage asset in our city so it can continue to bring joy to future generations. This one is for the kids,” states the petition.