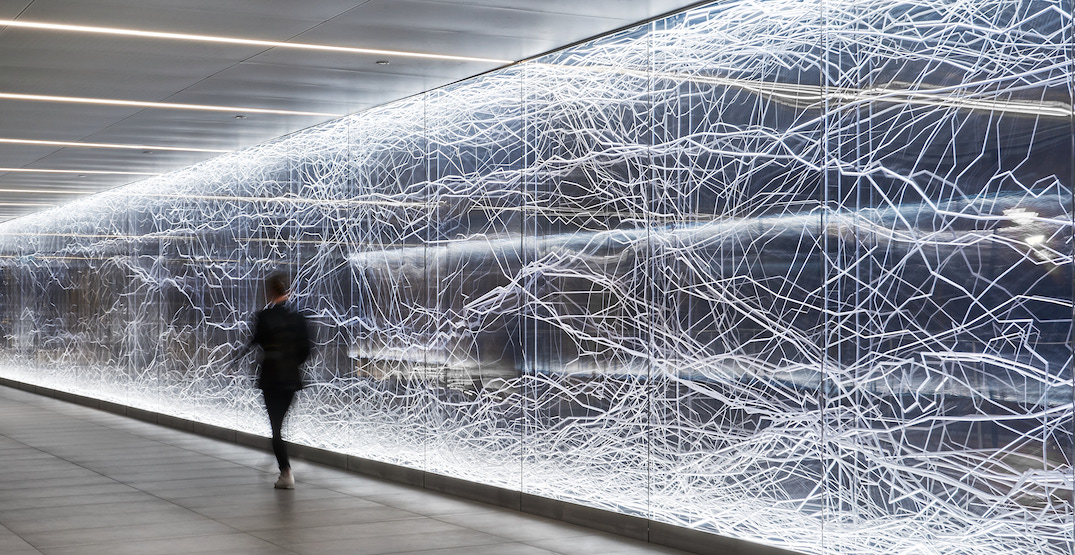 One of the newest additions to the Toronto bridge scene — a pedestrian bridge along Bay Street — just got an electrifying new public art piece.

Connecting the Scotiabank Arena and Union Station Bus Terminal to the new CIBC SQUARE building, the recently opened bridge features a striking, light-up art piece in its walls that can be viewed from those inside the bridge and by those passing down below.

Designed by artist Nicolas Baier, the piece is called the Mycelium. Baier says he was inspired by both the soon-to-be bustling CIBC SQUARE and Toronto as a whole when designing the piece.

“The development is a hub connecting professionals to the world, fundamentally summarized in the idea of the network,” Baier told Daily Hive.

“Toronto’s immense and complex networks through the means of transport inspired the piece’s networks that evoke electrical paths, natural trees, roots, or extensions of neurons. I want the piece to remind the public that the city is an immense network inhabited by humans themselves, social networks, and interrelations with the entire universe.” 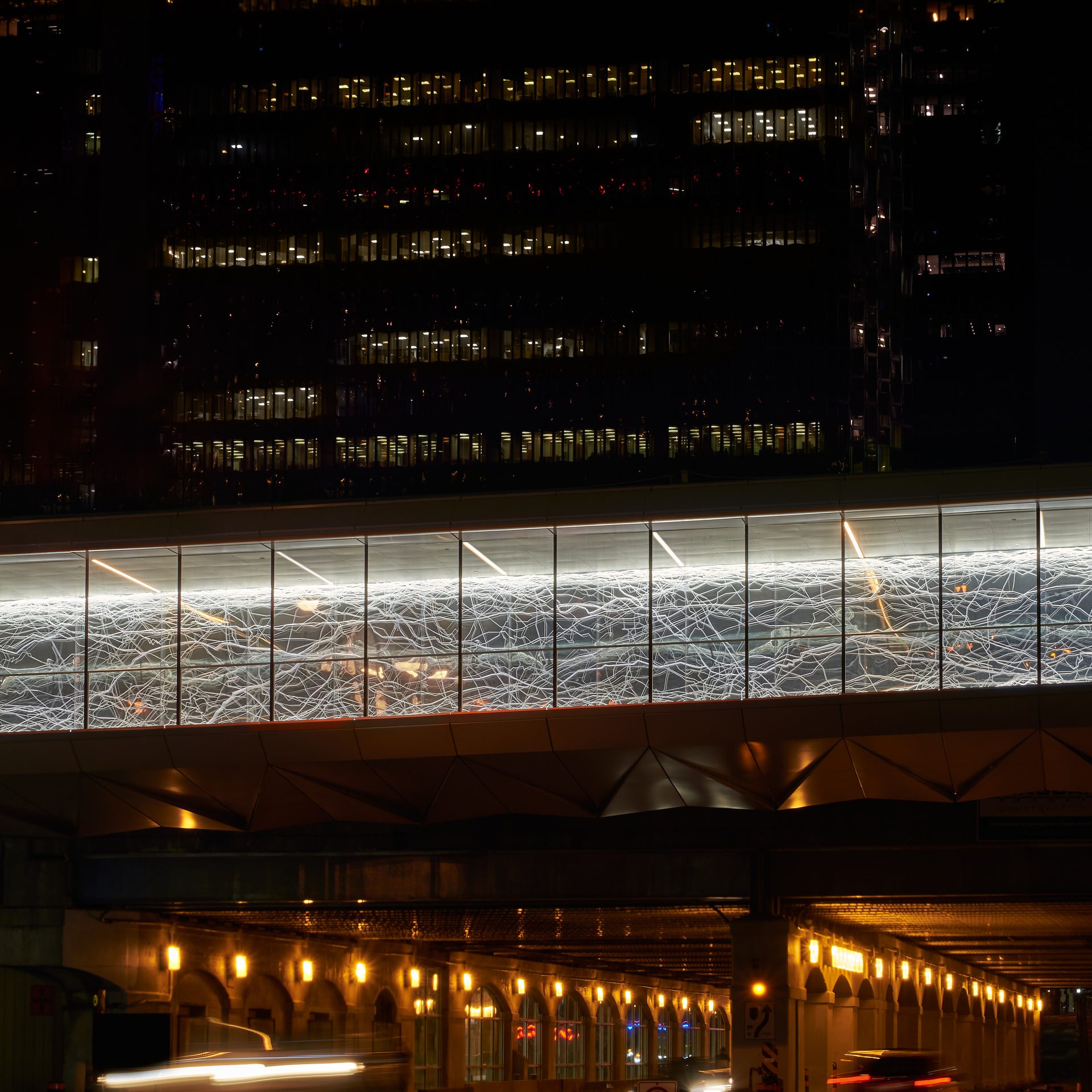 The neural pattern, Baier explained, comes from engravings on an acrylic sheet lit up by LED lights placed all around the surface, which will certainly bring a vibrancy to this area of Bay Street.

“Located in downtown Toronto the modern and minimalist Bay Street Bridge is a picturesque local attraction fusing architecture and art,” a press release announcing the new art piece reads. “When the city is back up and running, the bridge will have heavy pedestrian traffic with people travelling from CIBC SQUARE to Scotiabank Arena and the Union Station Bus Terminal.”

So, although the connected buildings may not be as bustling today as they will be one day, any Torontonians passing by can still take in the illuminating piece and enjoy a moment of free public art.