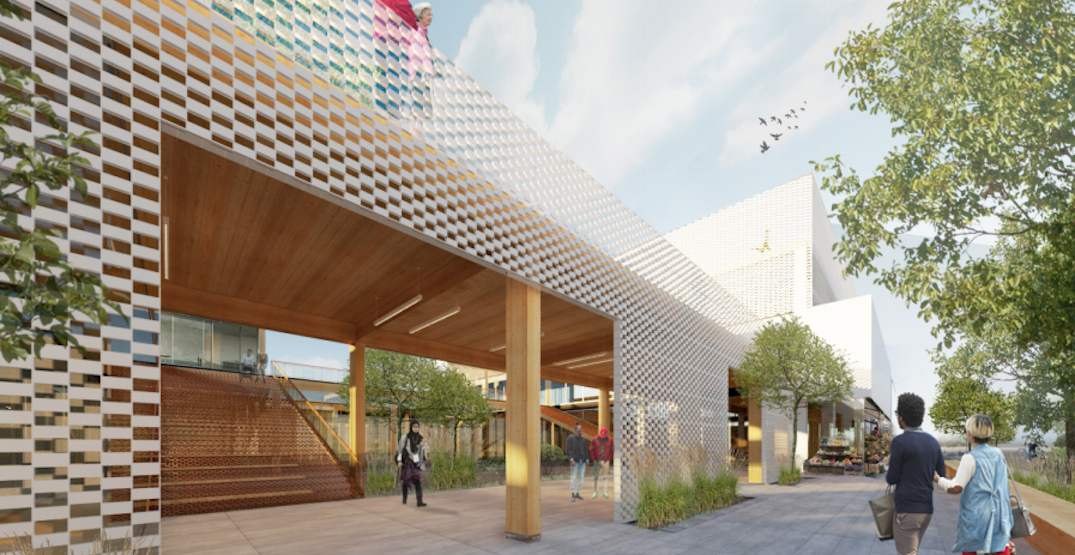 A new community and arts centre is coming to Toronto’s Jane and Finch neighbourhood and City Council is about to take the next step in making it a reality.

Council will vote on a motion at their upcoming May 5 meeting to approve the purchase of the property where the future Jane-Finch Community Hub and Centre for the Arts will rise at 2050 Finch Avenue West.

The property is currently owned by Metrolinx, who is building the new Finch West LRT Maintenance and Storage facility next to where the community hub would go. They will sell the property to the City for the low price of $2, but the City will pay an additional $200,000 in land transfer fees.

The project is still in its early stage, but once the motion is approved, City Council will also request that City staff, in collaboration with the Jane-Finch Community Hub and Centre for the Arts Organizing Committee, identify funding opportunities, develop a community engagement plan, and create a phased development plan. 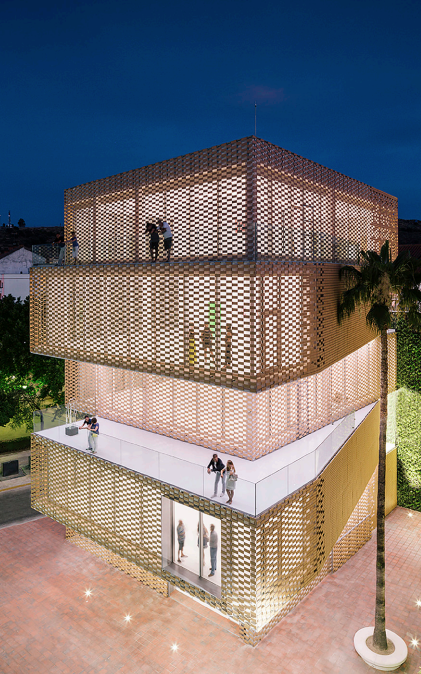 Plans for the new centre have been discussed over the past few years. Renderings for two possible designs, and a list of possible uses, were drafted back in June 2019.

The main difference between the two designs is in what materials will be used for the screen wrap around the building, which, according to City documents, was incorporated “to give a distinct identity to the hub, mitigate the solar heat gain…and help balance privacy with visibility and views.”

The first proposed design was inspired by the white brick residential apartments in the area, which would allow the centre to blend in with the surrounding neighbourhood. The second design, an expanded metal mesh in a bronze colour, would give the centre a more distinctive look. 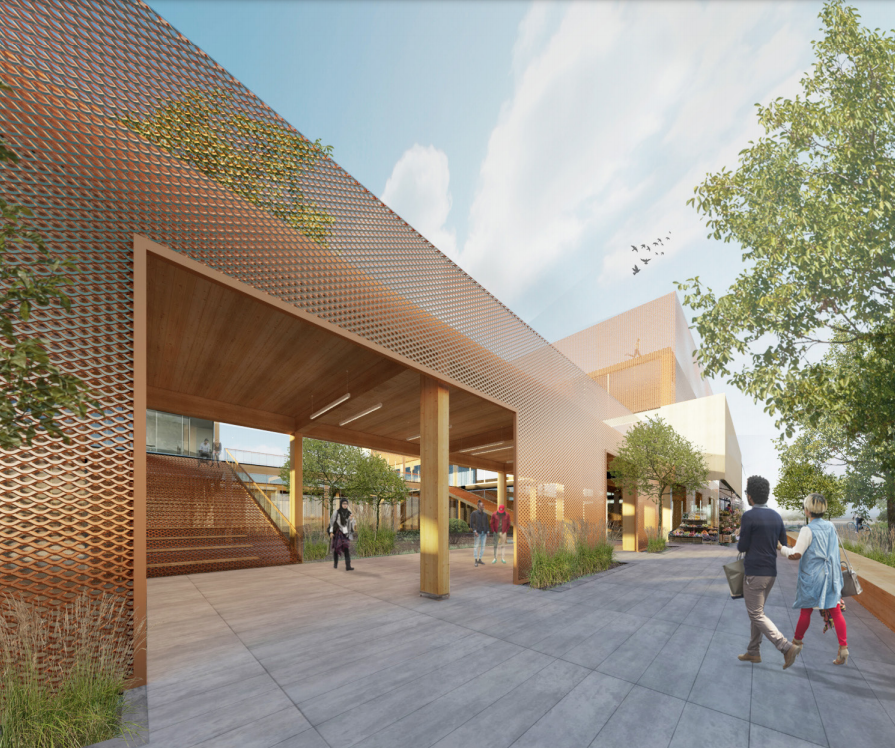 Inside, the building will utilize cross-laminated timber, which not only gives the centre a warm and homey feel but is more environmentally friendly than concrete. 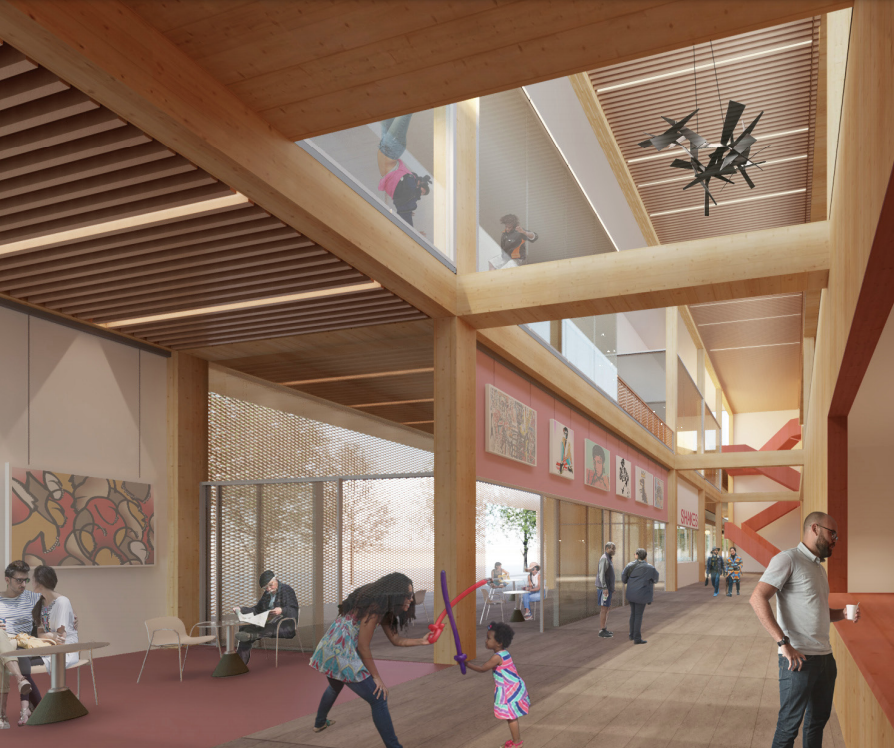 According to City documents, during community consultations, residents had a wide range of requests for what they’d like to see in the hub, hoping it could be a “one-stop-shop” with everything from social services to physical health opportunities to youth programming to collaborative community space. 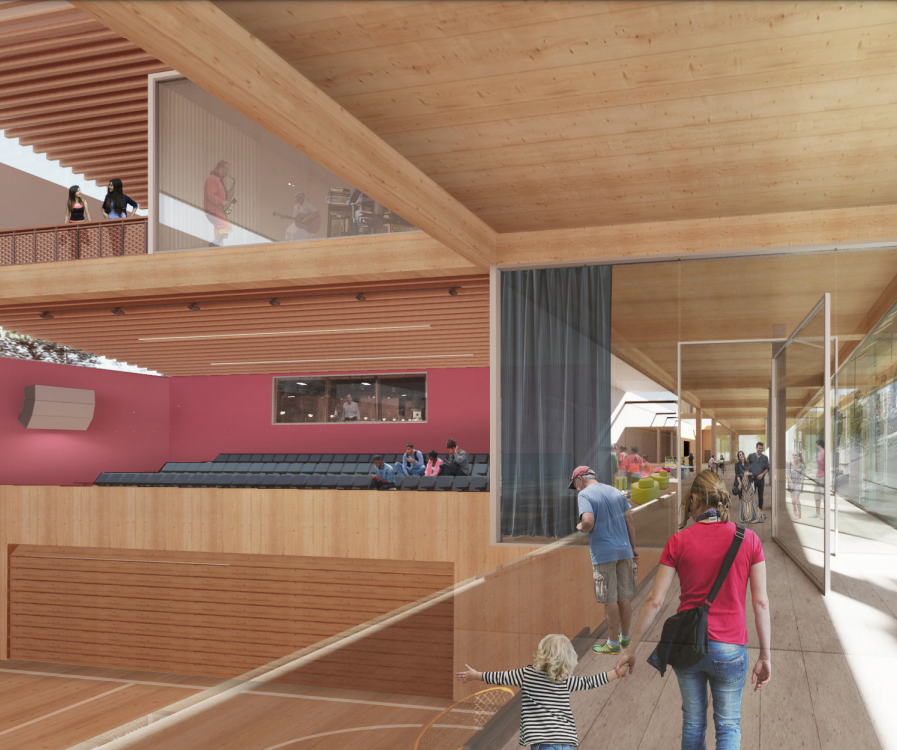 No exact timeline has been determined as of yet, but City Council will vote on the sale next week, and City staff and the organizing committee will report back with a work plan during the first quarter of 2022.