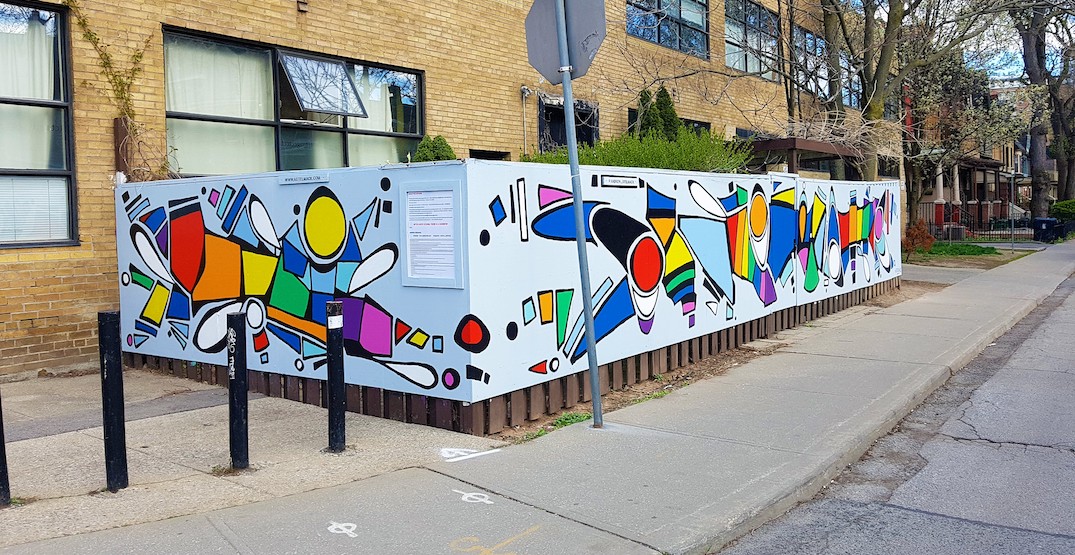 In the dark and trying times of a pandemic, one Toronto artist sought out a way to bring some light and hope to his community, and he did just that by painting a large rainbow-inspired mural — free of charge — outside his Cabbagetown condo building.

Andrew Stelmack, an accomplished Toronto visual artist, says he wanted to send a hopeful message to anyone passing by the building.

“I wanted to give to my community and the people around me — and anyone in Toronto who comes to see it — a bit of joy, a smile, an escape as they explore it in these troubled times,” Stelmack told Daily Hive. “Something positive in their day during this endless loop of bad and depressing COVID news cycle.” 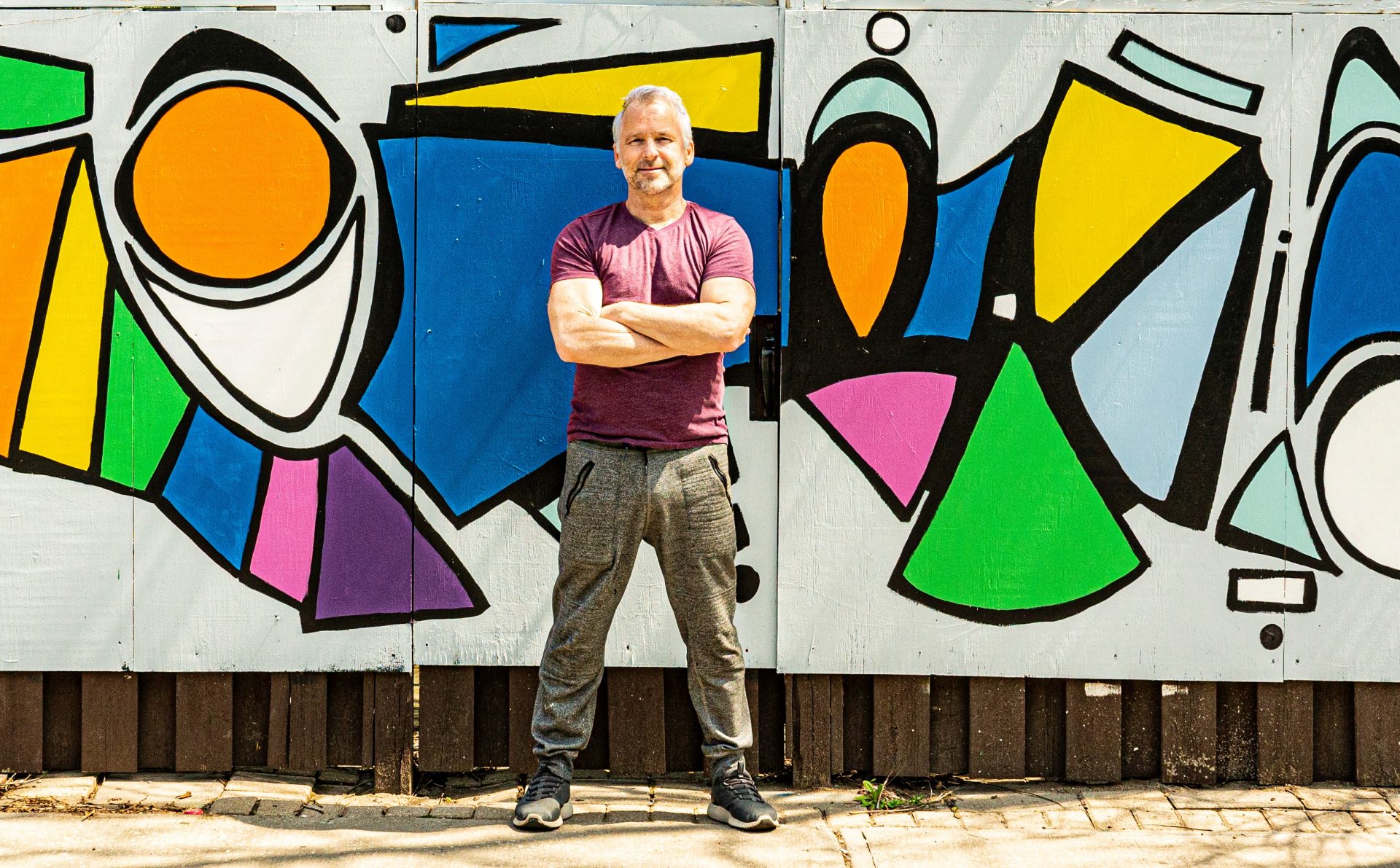 Stelmack has used rainbow colours in his artwork for the past two years and thought the meaning behind them would make a rainbow mural the perfect fit for his intended purpose.

“First, they give off joy and happiness and light, which many are looking for in these crazy times,” he said. “And secondly, because of the story behind them — that while we are in a storm right now, that we should remember if we are just patient, the rainbow will come.”

Stelmack offered to do the painting free of charge and the building, The Century Lofts, which already has one of Stelmack’s art pieces in its lobby, quickly agreed and even offered to pay for the paint.

“They were as excited as me,” Stelmack said of his fellow residents. “In fact, they were constantly coming out to see the progress as I worked on it.” 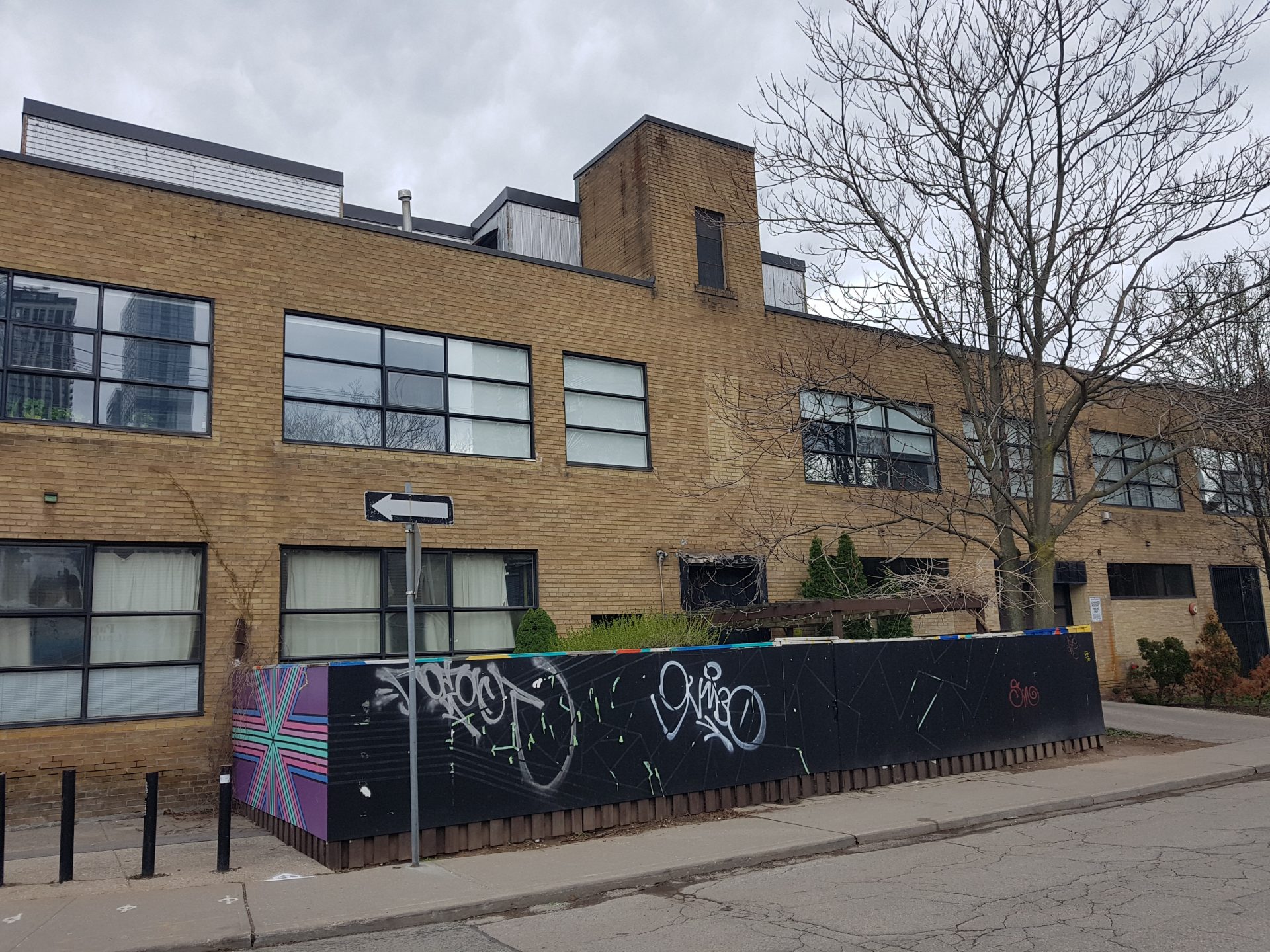 The walls before painting/Andrew Stelmack

The mural, painted on two adjoining fence walls outside the 365 Dundas Street East building, took Stelmack a week to complete. The once drab, black walls are now wrapped in stunning rainbow figures. 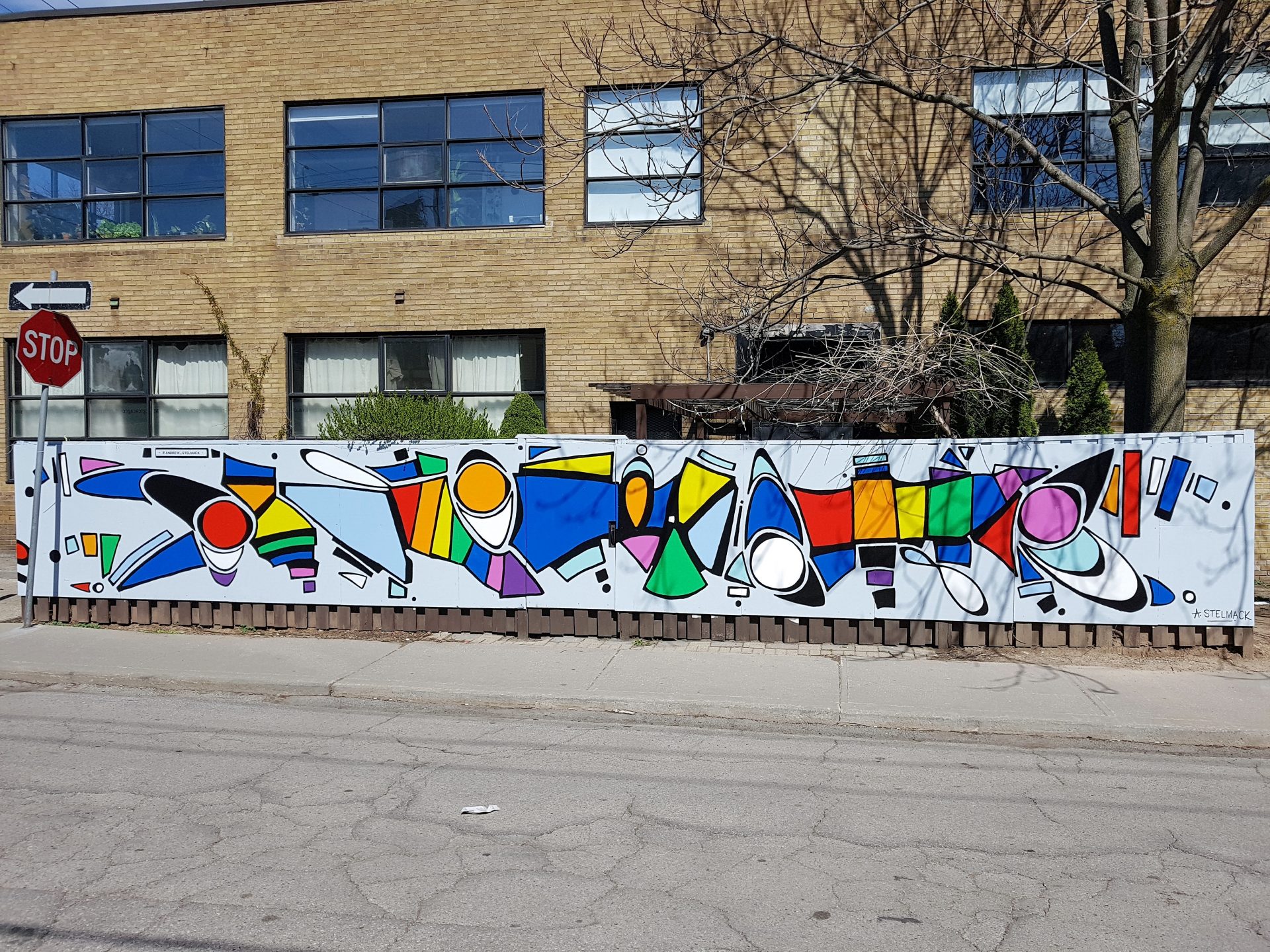 Stelmack says the response that the rainbow mural has gotten from the Toronto community has been overwhelmingly positive — exactly what he was going for.

“People have been beyond generous in their response,” Stelmack said. “Whether they live in the neighbourhood, work in it, are just passing by or sadly, living their lives on the street, it has been nothing but praise and a resounding ‘Thank you, thank you, thank you.'” 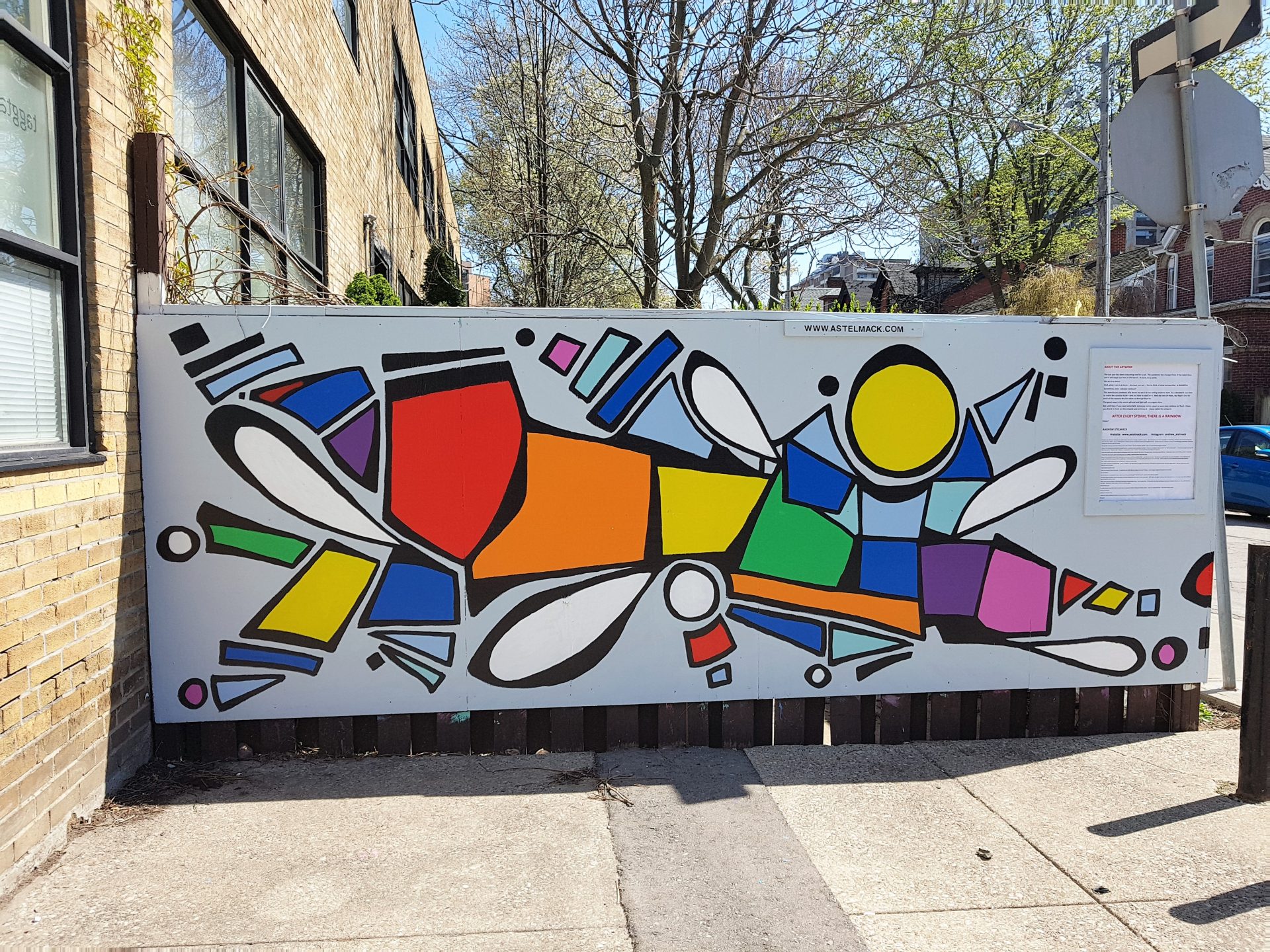 Not only has the mural been a positive addition to the community, but Stelmack says that being around to see people’s reactions to his art — something he rarely gets to do as a visual artist — has given him an important reminder of the power of art.

“Painting this mural has been an invaluable and important reminder for me that art is very powerful,” he said. “Sometimes we may think ‘Meh, it’s just a mural, big deal,’ but in the last week as I created it, it became very clear how important having art around us is, inside and outside. That people do notice it. That people do want it and need it. That art is important.”