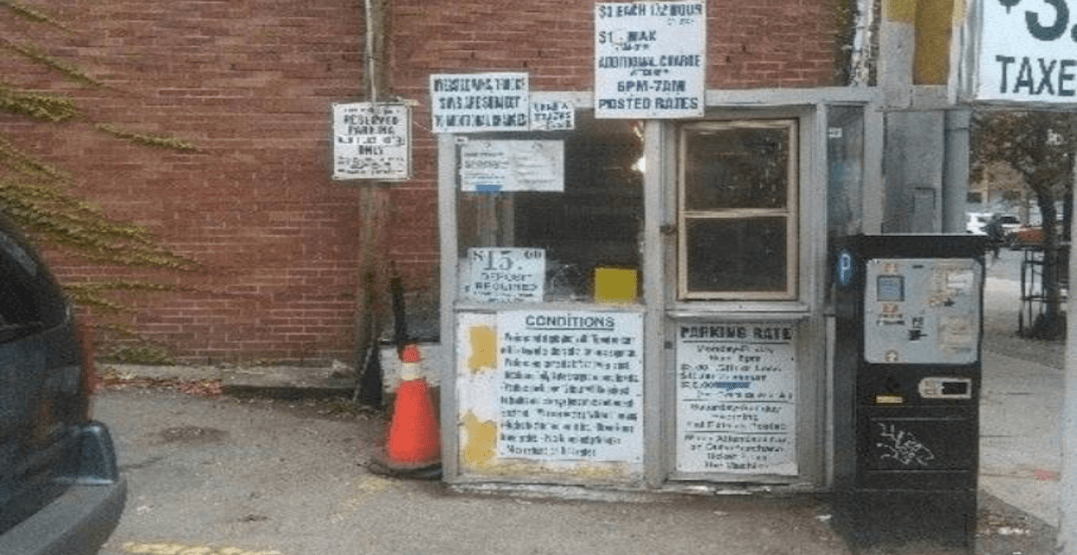 Whether you grew up in Toronto or have just stayed with friends, chances are you’ve visited someone’s home that’s been decked out with some sort of Toronto memorabilia.

Most often it’s a blown-up photo of the Toronto skyline, a photo of our beloved  SkyDome, or if they’re really lucky a vintage Honest Ed’s sign.

But one thing these homes have never had on display is one of Toronto’s trademark parking lot booths.

Seriously name someone you know that has one of these beauties on display. Chances are you can’t.

According to a Toronto Craigslist ad, you can actually buy an old Toronto parking lot booth and make it your own for a mere $750.

Now, aside from being the envy of all your friends, you can use the old booth in a number of ways.

According to the ad, the most obvious way would be to turn the booth into a retro, Toronto-inspired toolshed. While this is a clever and practical idea, what really resonated with us is turning the booth into a swanky drinking den. Dings and scuffs aside, all this bad boy needs is a fresh coat of paint and a little TLC and you and your friends have your next watering hole.

While the price tag is a little more than a herd of alpacas, the price does include delivery, which is definitely an added bonus. If you’re interested in owning a little piece of Toronto history, you’re going to want to snag this one-of-a-kind item.

That is, unless this entire post is a joke, in which case, fool us once… and you owe us a damn parking lot booth.