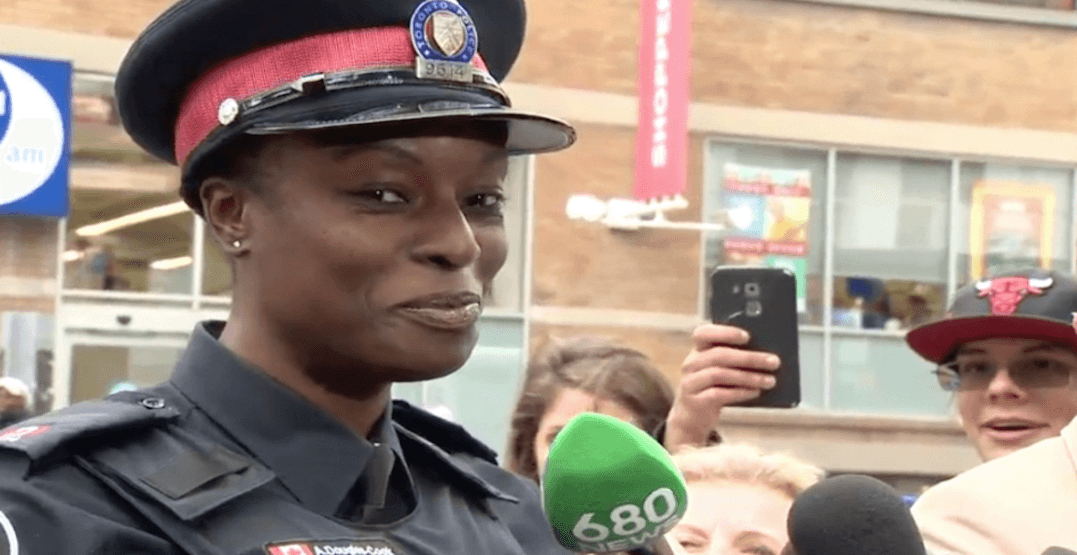 After the dramatic ‘false-alarm’ hostage situation that unfolded in downtown Toronto Thursday afternoon, one funny thing actually managed to come out of the scary incident.

Following the incident, a Toronto Police officer began debriefing the media about the situation, and a young Toronto man piped up with a very serious question. Was he able to go and get weed now?

While the man’s question was a tad bit surprising, what really caused a reaction was how the police officer wasn’t able to contain her laughter.

In a video shared by Twitter user Eric Mark Do, you can see that the officer does her best to move on by asking if there were any other questions, but she was unable to keep a giggle or two from escaping.

If you’re looking for a good laugh today, this is definitely it.

Cop: It’s safe. There’s no one with a gun at the dispensary
Dude: So can I buy pot now?
Cop: *barely holds in laughter*