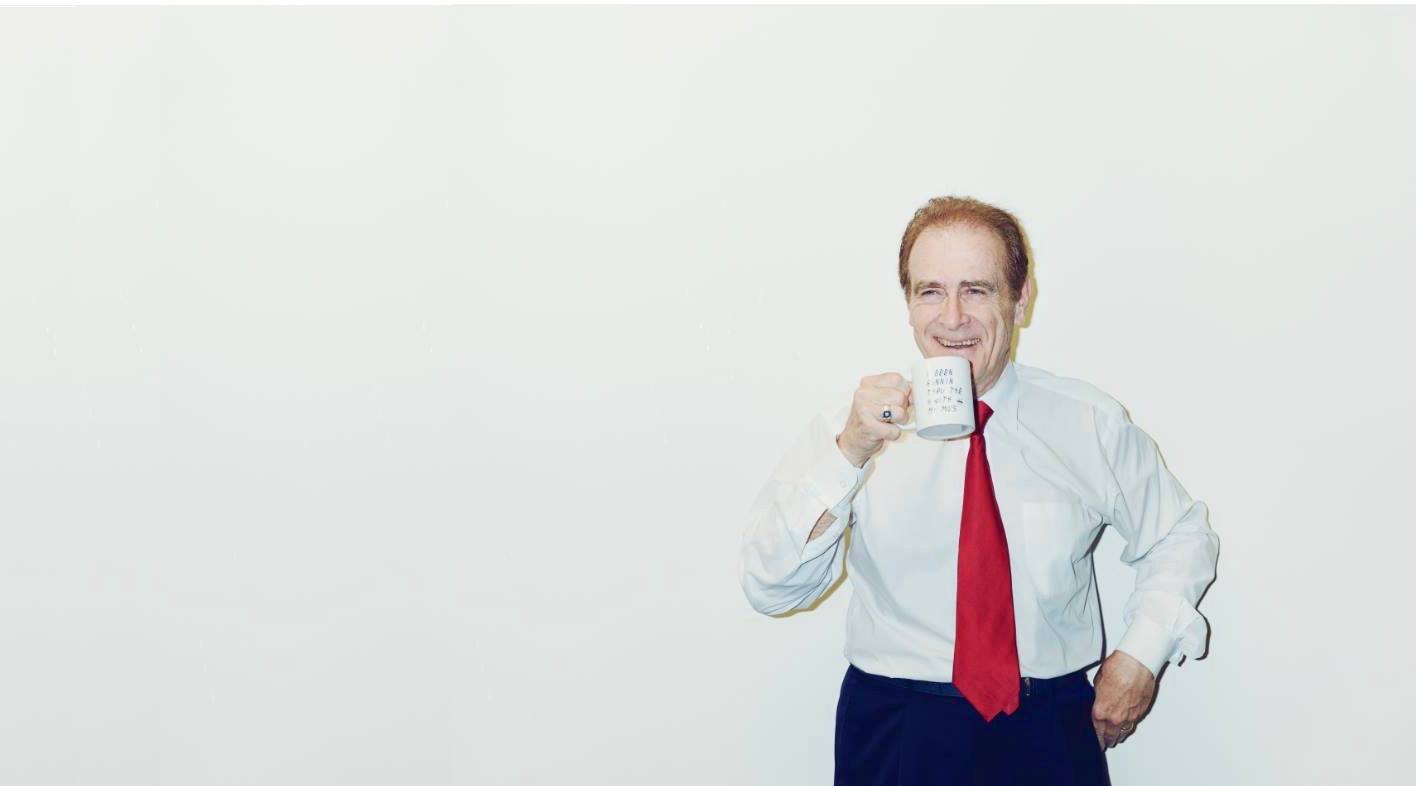 It all started innocently enough.

On Tuesday, Toronto Councillor and bonafide Twitter personality Norm Kelly tweeted out his frustration with the Canadian Netflix content library.

It’s come to the point where I don’t bother going on Netflix because I know I’ll spend more time searching for something than watching.

It’s a relatable struggle shared by many bingewatchers across the nation. However, Netflix Canada would not take the comment lying down. And on Wednesday, they responded with the following:

@norm didn’t peg you as a flip-flopper. Pick a show. Commit!

The conversation escalated from there, with Kelly’s and Netflix Canada’s Twitter accounts trading sassy barbs back and forth. 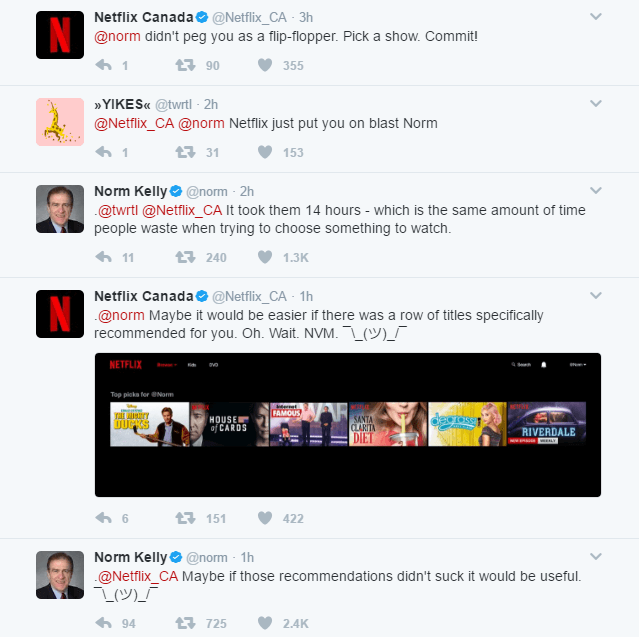 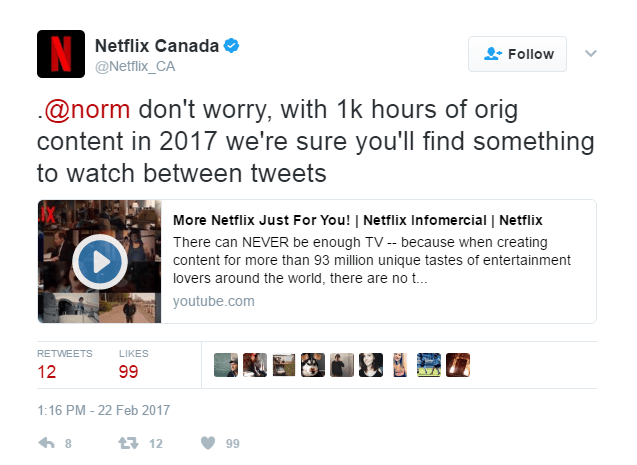 But that’s not all. Netflix Canada even changed their Twitter bio to read “Norm Kelly’s fav search engine.” 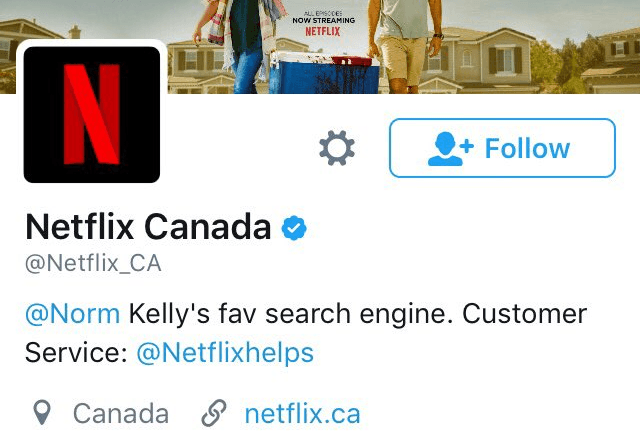 If that’s not the Twitter version of a mic drop, we don’t know what is.

Naturally, what might have been even more entertaining than this ridiculous social media exchange were the reactions.

@norm @Netflix_CA That awkward moment when dad is arguing with the TV….

me, watching the drama between @norm and @Netflix_CA right now pic.twitter.com/LoCVsxjMzR

@norm @Netflix_CA @zayrahmed @budmashi I’d rather watch the Twitter exchange between Netflix and Norm than watch anything on Netflix.

In the end, while Norm got some decent shots in, we’re going to have to declare Netflix Canada the winner of this short-lived feud.