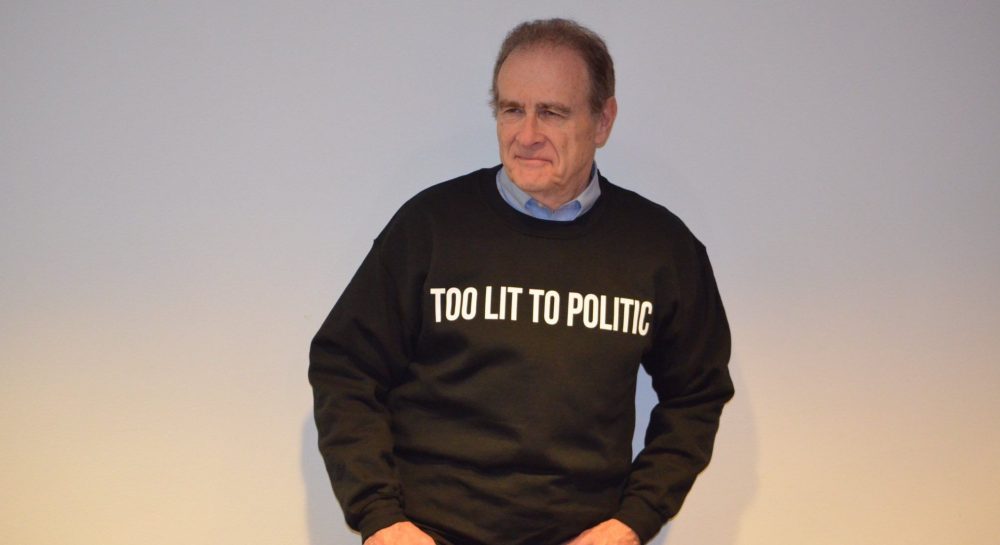 Norm Kelly is the internet.

The Scarborough—Agincourt City Councillor has been slaying Twitter for a while now, even Twitter recognizes it. He was the second most mentioned politician on Twitter Canada in 2016, after Prime Minister Justin Trudeau.

He is a political force who has captured more than just Canada’s attention, with over 450 thousand followers from all over the world. This politician’s Twitter account is not only informative to Toronto residents, as he keeps us updated on the 6ix, it will make you laugh more than your average comedian.

Don’t believe us? Have a look at these Norm Tweets from the past few months.

He gets us into the Christmas spirit.

Weighing in on our favourite gorilla

Guys, please stop tweeting at me about harambe. I don’t know if it was an inside job, if Bush did it, or anything else for that matter.

Knows the meaning of ‘fire mixtapes’

You know the drill, guys. No fire mixtapes until the heat warning is terminated. https://t.co/hRXUsw0ks2

All we want for Christmas…

For those who want shirts to match their character. Available now: https://t.co/ERLbG4mYmk pic.twitter.com/psr96HvIhS

Even the rest of Canada don’t get this one

Can’t blame Americans for ripping on us for bagged milk. It’s quite ridiculous.

His own follow-up Tweets deserve a medal

No need to layer up with a tee this hot. https://t.co/ERLbG4mYmk pic.twitter.com/abqsDr7x2A

(Unless it’s really cold. Then you should layer up. I don’t want you guys getting sick.)

He speaks the truth

Decaf coffee is the definition of waste.

Why do people buy large drinks at places with free refills?

For the record, no. I can’t help you meet @GuyFieri.

And he doesn’t forget. RIP Harambe.

Should have been Harambe. https://t.co/uCDH9ewNG4

When it’s only Tuesday. pic.twitter.com/vWXSWpFekR

Instead of sharing your favourite type, let us raise awareness about raisin cookies posing as chocolate chip this #NationalCookieDay. pic.twitter.com/K0dp0upeiG

This one was deep

The taste of orange juice after brushing your teeth. pic.twitter.com/fVzjTDwxHb

When you remember you have cake in the fridge. pic.twitter.com/6IRTwFGXJ1

He knows who Rae Sremmurd are

The city is currently looking into how we can extract the salt from my haters & apply it to roads this winter. Will keep you guys posted.

Inner me: You’re too lit to politic. pic.twitter.com/Gizbnu5LKM

Believe it or not, the temperature drops every year around this time.

I was originally going to tweet, “Too much (chalet) sauce” but decided against it. You’re welcome.

Who you know fresher than Hov? Riddle me that. pic.twitter.com/EsT62XQEQh

What we’re all thinking

Why the hell would your toothbrush need bluetooth? pic.twitter.com/ST2E3odouO

We have cars that drive themselves but nothing to rake the leaves off our lawns. Where are the priorities?

This was just pure awesome, who knew?

In case you ever wondered how pineapples were grown. pic.twitter.com/75qY2b8Ar8

SHOULD WE TELL @CHER ABOUT #CAPSLOCKDAY?

Some Kellys are not related

Decided to search my name on Twitter…(For the record, absolutely no relation to R Kelly) pic.twitter.com/EiqzbxJis8

Your own vicious cycle explained in two Tweets

You can eat so clean and healthy in morning and afternoon but as soon as evening hits, it’s all ruined. Vicious cycle.

Was going to take a picture of all the sauces in my fridge and caption it, “too much sauce”, but I’ll spare you the dad joke.

‘If a man does not have the sauce, then he is lost. But the same man can be lost in the sauce.’ pic.twitter.com/WZ00FnA9G3

Can’t trust someone who eats pizza with a fork and knife.

And sometimes, Norm does Norm, and reminds us of important things

Know your worth. Then add tax.

We love you, Norm. We hope you continue Tweeting gold in 2017!