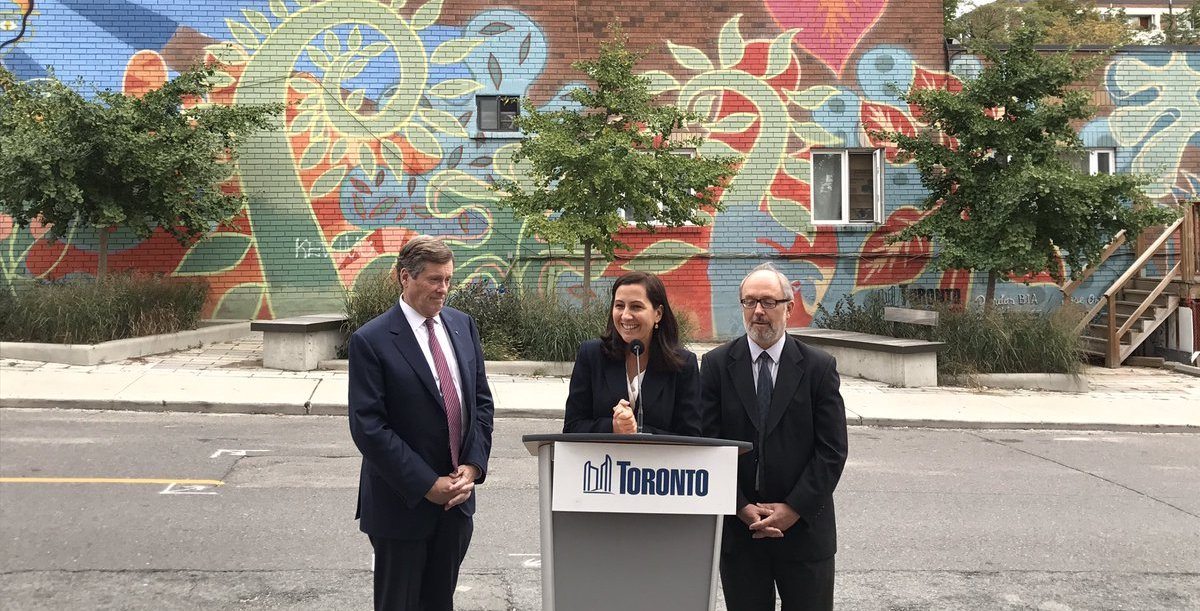 On Friday, Tory announced that he has appointed Councillor Ana Bailão as the Deputy Mayor for the Toronto and East York District, and Councillor Joe Mihevc as the Poverty Reduction Advocate.

Coun. Bailão has been a housing advocate for the last three years. According to the City, she spearheaded the improvement of housing conditions and the lives of residents who live in Toronto Community Housing.

“Councillor Bailão’s housing advocacy and accomplishments have positioned the City to continue to make progress on the housing file, while being a national leader in housing,” said Mayor Tory in a statement. “Because the housing file is a key priority for me, Deputy Mayor Bailão will continue to serve as the City’s Housing Advocate.”

Bailão said she was honoured to be appointed Deputy Mayor.

Honoured to be appointed Deputy Mayor for Toronto & East York. Thank you Mayor @JohnTory for the opportunity to serve the city that I love. pic.twitter.com/k5XDQOqYl7

“I look forward to continuing my work with the Mayor and my Council colleagues as we take action on housing to deliver real and substantive results to create a fairer city for all Torontonians,” she said.

As for Coun. Mihevc, Tory said that he’s confident that Mihevc will continue Deputy Mayor Pam McConnell’s work on affordability. Mihevc is known for being a strong voice when it comes to poverty reduction, social justice and newcomer issues.

I am delighted to accept the role of Poverty Reduction Advocate from Mayor @JohnTory … in the spirit and legacy of Pam McConnell pic.twitter.com/HLvtj11CRj

“I am delighted to have been asked by Mayor Tory to lead this critically important work,” said Mihevc. “I want to continue Pam McConnell’s legacy to work towards one common goal to build a Toronto where each and every person and community rises to their potential and where there is no hunger, poor housing or lack of employment opportunities. What greater work can there be than building a Toronto for all.”

Both Councillor Bailão and Councillor Mihevc have accepted the positions.

Last month, Councillor Vincent Crisanti was relieved of his duties as one of the city’s deputy mayors due to his public support for Doug Ford’s mayoral campaign.