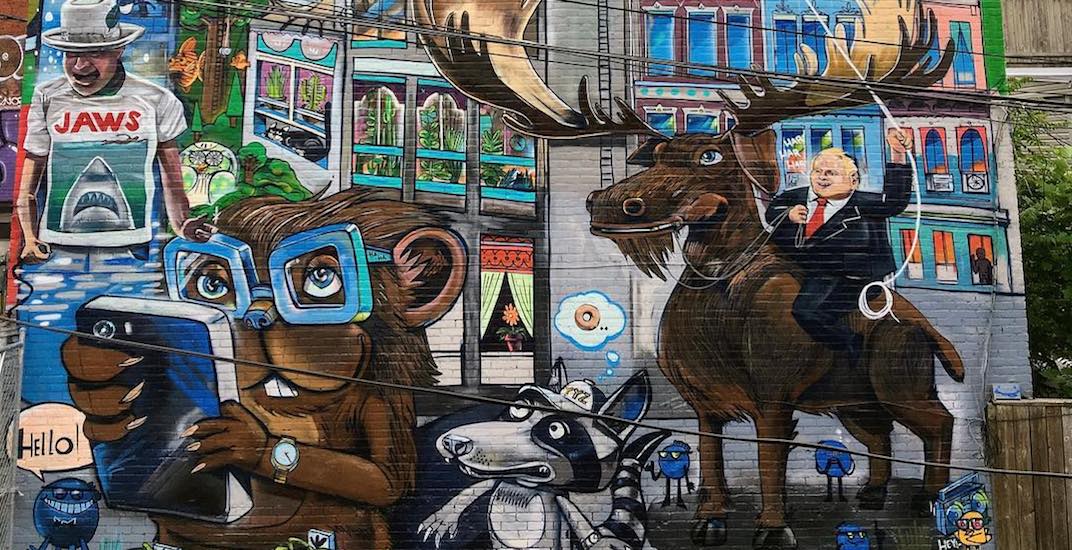 The epic masterpiece, completed by popular graffiti artist uber5000, has been a work in progress and was started last summer but it wasn’t completed until now.

The towering mural is called Toronto Tribute and can be found on the side of a building in Toronto’s Graffiti Alley at Queen and Augusta.

“I painted this Toronto Tribute last summer, but have been prevented from finishing the bottom of the mural until last weekend. I’m happy to finally post a finished photo,” reads the caption on a photo of the completed mural.

There are more homages to our fair city in the piece than Drake has made in songs.

A quick glance reveals the Ikea monkey, crane girl, Sam the Record Man’s iconic sign, our airport code, a raccoon thinking about donuts, and even Dart Guy – before he quit smoking.

How many Toronto references can you spot?