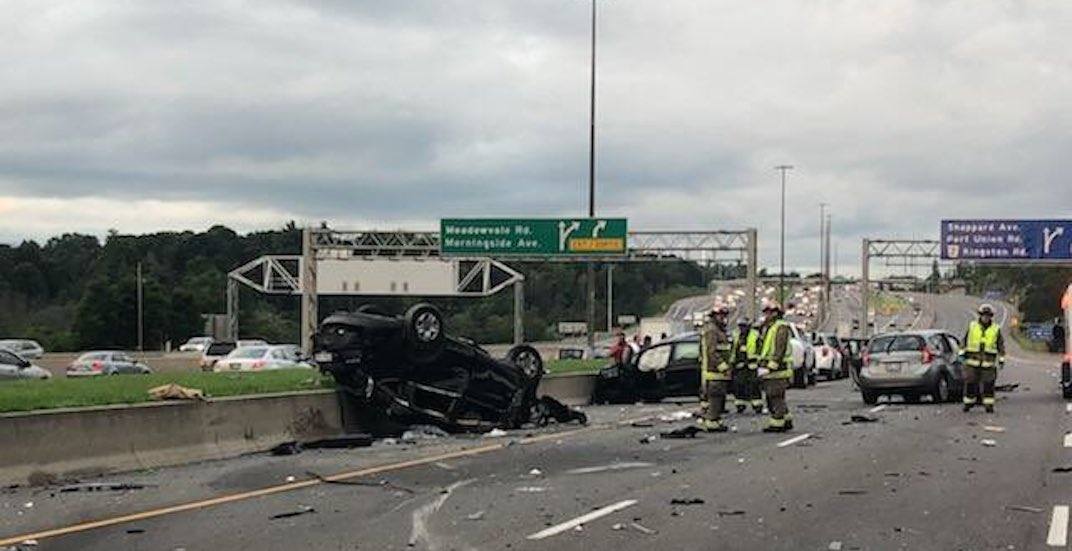 Ontario Provincial Police say two people were injured and taken to hospital after a vehicle struck a barrier and landed on Highway 401 east of Toronto.

According to the OPP, the collision occurred around 7 am Friday morning on Highway 401 westbound in the collectors lane west of Whites Road.

Sgt. Kerry Schmidt says a vehicle was travelling southbound on Altona Road when it crashed on Kingston Road, went through a dead-end street, struck a barrier and went over a ravine, and collided into several vehicles on Highway 401.

Schmidt said at least six vehicles were involved in the collision and two people were transported to hospital with non-life threatening injuries.

The stretch of highway was closed during the morning rush hour for the investigation but reopened just before 10 am.

The OPP says the investigation is currently ongoing and no charges have been laid.