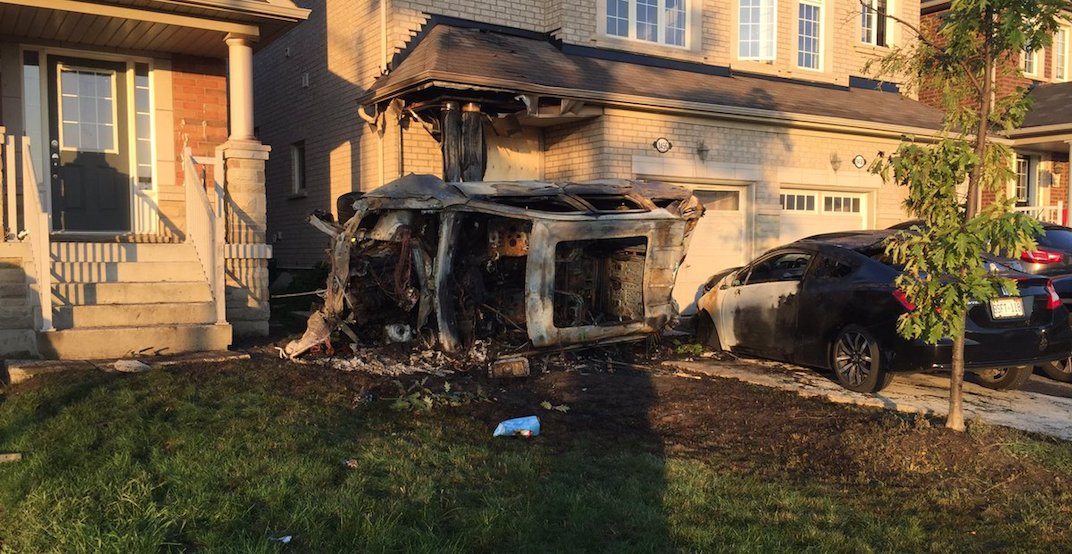 Three people are in hospital with serious injuries after a vehicle crashed into a home in Brampton before bursting into flames.

According to Peel police, the crash happened near Creditview Road and Williams Parkway early Wednesday morning.

#PRP at a single vehicle collision that struck a home & caught fire near Creditview Rd & Williams Parkway #Brampton. Fire is out. No injuries to residents. 3 occupants in vehicle taken to trauma centre with serious injuries. Driver under arrest #impaired. @PRPRoadClosures

No residents were injured as a result of the crash, however, the three occupants in the vehicle were taken to a trauma centre with serious injuries.

Police say the driver of the vehicle has been arrested for impaired driving.

The fire has since been put out, but the vehicle and the house that was hit were damaged.