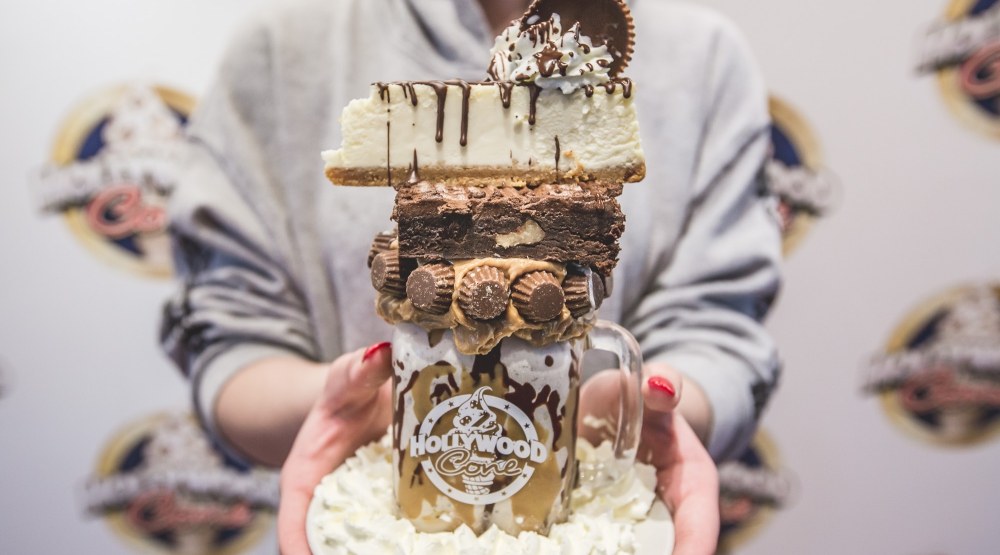 Milkshakes in Toronto can be anything you want them to be.

But we’re foregoing classic options today to turn our attention to the most over-the-top, mutant, monster, and all other kinds of creature option milkshakes you can find in the city.

It’s time to treat yo self, Toronto!

The motto at this milkshake counter located inside Peach Collective is Treat Yo’ Self which is why the newly launched Matcha Made in Heaven is a perfect fit! Newly launched on the menu for summer ’17, this green tea milkshake comes crowned with a swirl of cereal infused whipped cream.

Mutant Milkshakes are the main attraction at this ice cream parlour. With outlets around the GTA and a food truck, it’s never been easier to consume a milkshake AND a fully dressed funnel cake in a single sitting.

Freak Shakes feel right at home on the menu at the Queen West cafe. Let the staff surprise you with an eccentric creation or opt for signature drinks like the Oh Canada! featuring a maple syrup doused lumberjack breakfast balanced atop a butterscotch milkshake.

The Bacon, Fudge, and Sea Salt Milkshake shown above is one of the tamest flavour shakes offers by this chain of burger shops. Sweet selections at Chuck’s include milkshake like Grandma’s Apple Pie, Bourbon Vanilla Bean, and Salted Buttermilk, while novelties include a Wasabi, Green Onion, Ginger Shake, and a $17 Foie Gras and Truffle Oil shake.

A post shared by BeanandBakerMaltShop (@beanandbakermaltshop) on Apr 5, 2017 at 7:34am PDT

Ask this nostalgic soda fountain about the shake of the month for guaranteed satisfaction. Recently featured flavours have included a lemon meringue shake, a Froot Loop (Toucan Slam) shake, and a Cinnamon Toast Crunch shake.