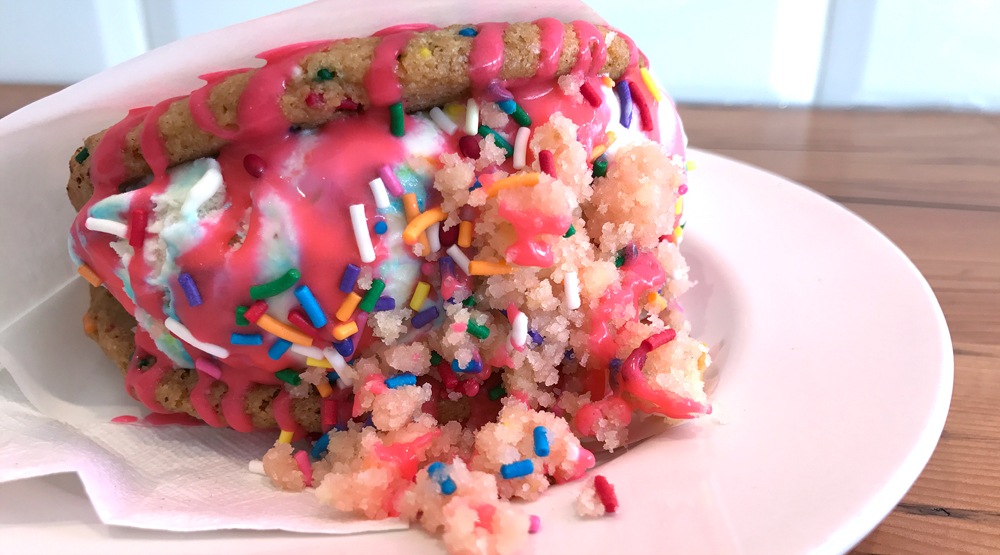 Summer weather is upon us and in Toronto that means birds, bees, and blasphemous ice cream creations are all about to make their triumphant return for the season.

New for the 2017 season, the Yonge Street cafe will also be turning out extreme ice cream creations. 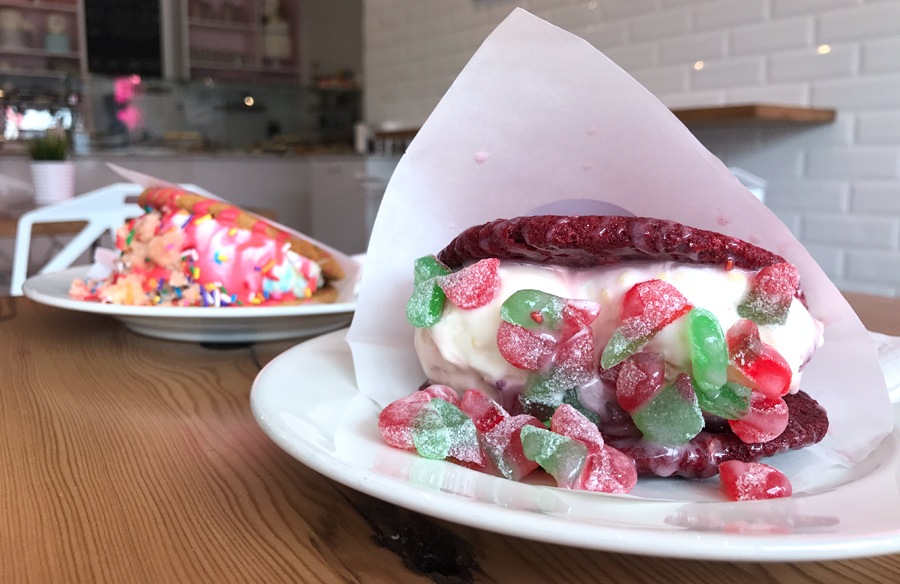 The summer menu introduces new house-spun ice creams that naturally pair well with the signature baked goods. The shop will launch Monster Milkshakes in the coming weeks, and as of this week is serving massive, two-hander ice cream sandwiches.

Other highlights on the menu include scoops of funfetti ice cream sandwiched between celebratory birthday cookies and doused in neon pink sauce, cake crumble, and sprinkles. while another option riffs on s’mores, and another substitutes brownies in lieu of cookies. 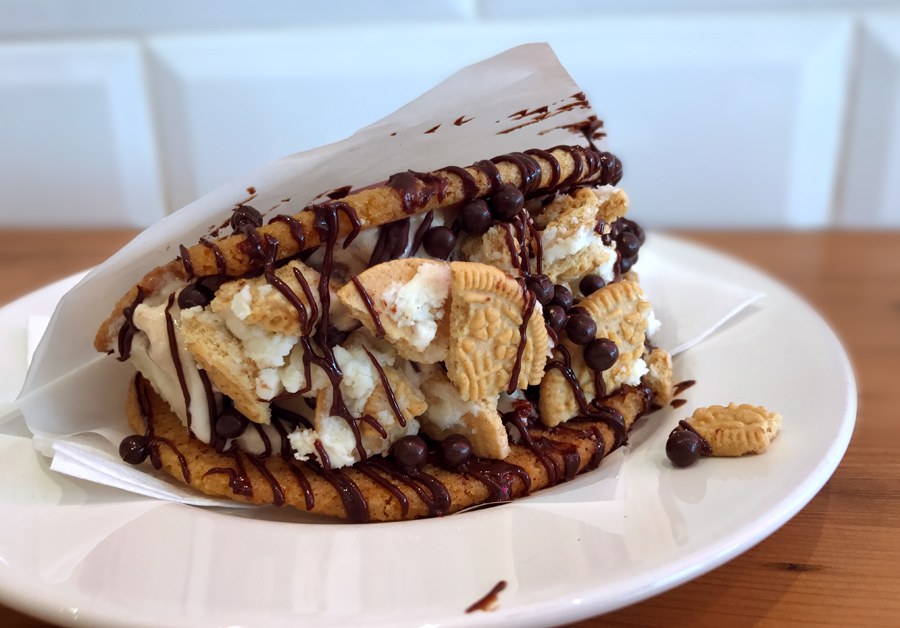 It’s madness… and predictably messy. Be sure to grab a pile of napkins before you mow any of these ones down.