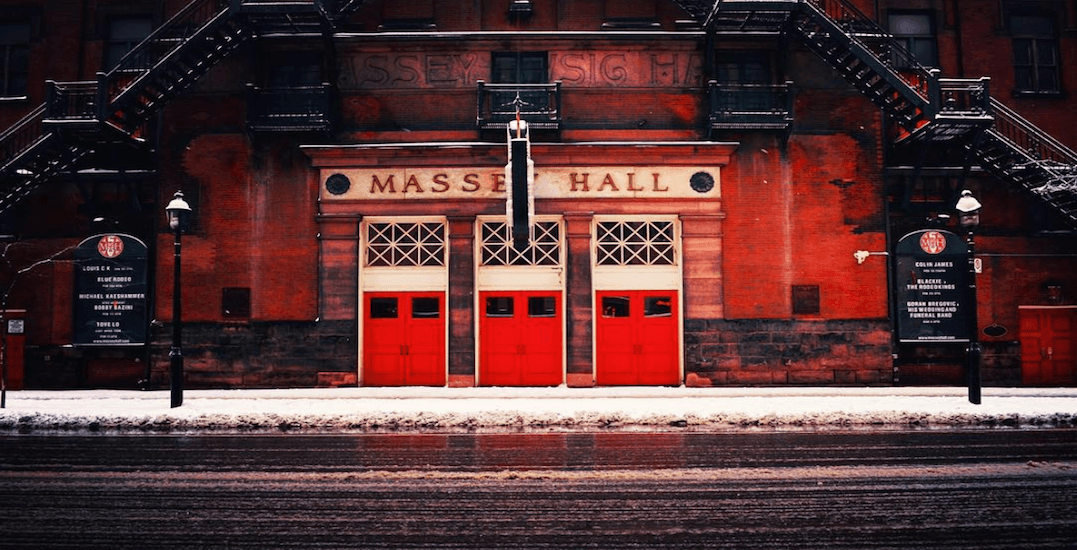 Toronto’s iconic concert venue Massey Hall is getting closer to closing its doors for its massive revitalization project that will see the venue shut down for two years.

The nearly 125-year-old concert hall is receiving close to $8 million in federal funding to complete its extensive renovations, that will see the historical space receive the upgrades and repairs it needs in order to keep music lovers returning for years to come.

The renovations will include elevators being installed in the new South Tower addition, making all levels accessible to those with mobility issues. The auditorium’s ceiling will also be repaired, seats will be replaced and sight lines improved. This is, of course, in addition to a major overhaul of both the interior and exterior.

June 2018 will mark the final month of performances in the space until renovations are completed in 2020. The temporary farewell performance will be put on by none other than the legendary Gordon Lightfoot, who will put on two back-to-back performances on June 29 and 30.

The 79-year-old Juno winner and Grammy nominee has performed over 166 times at Massey Hall, which is why there’s no better person to stand on that storied stage one last time before the upgrades are made.

Tickets for Lightfoot’s performances go on sale to the general public this Friday, December 8.