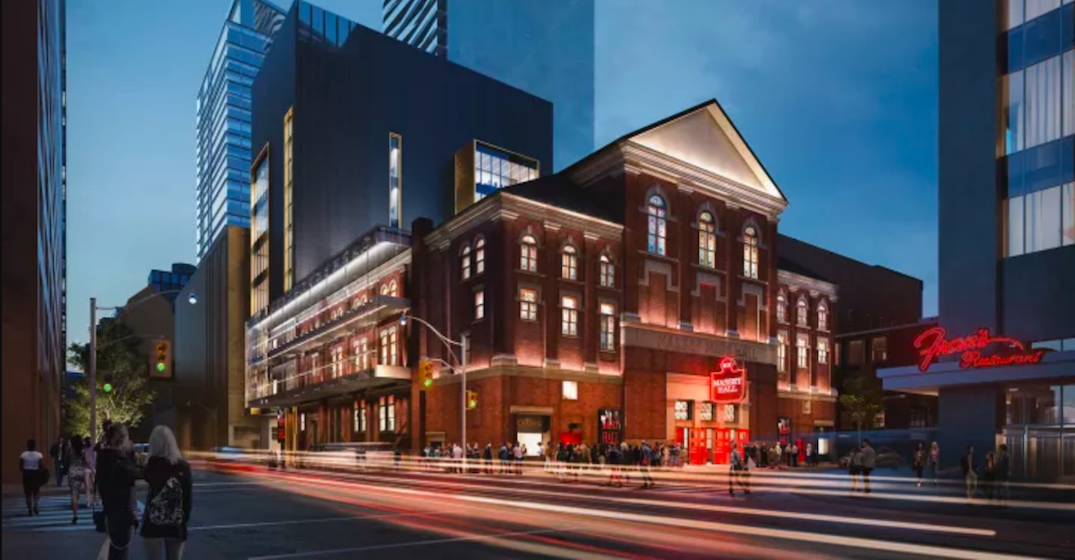 The downtown venue’s revitalization includes the restoration and renewal of both the interior and exterior of the National Historic Site, along with a brand new additional construct connected to the south of the building.

The venue will be adding two new venues to the space, one with a 500 capacity in the south tower, and a more intimate space in an expanded Centuries bar. Additionally, the plan will introduce new retractable seating systems, and the restoration of the original 124-year-old stained glass windows.

“We are extremely proud and excited to share these new Massey Hall Revitalization details,” said Deane Cameron, President & Chief Executive Officer of the Corporation in a release. “With these improvements, our goal is to keep the original inspiration of Hart Massey alive by continuing to operate as an eternal gift for the people of Toronto and making the hall more accessible for patrons and artists alike.”

Rendering of the view from the Allan Slaight Stage/Massey Hall

For the project, local heritage and restoration advisors were hired to ensure that the original character and feel of the cultural and historic institution is not only preserved, but also enhanced using modern technology.

Part of that technology is on the new retractable seats, which retract to allow a wide-open, general admission floor space. 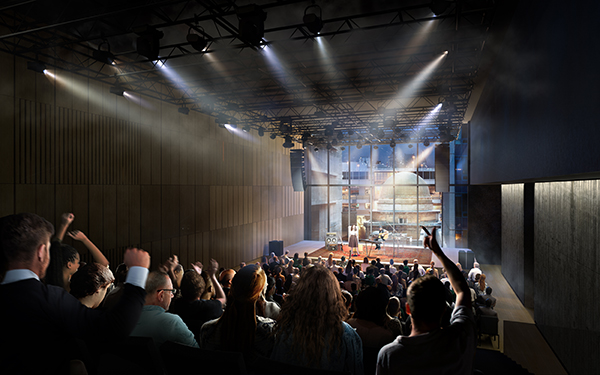 The property will see additional construction that will include artist dressing rooms, the venue’s first modern loading dock, and more technical capacities for larger touring productions.

And on Thursday, Massey Hall revealed that the south tower will also include the new 500 capacity performance space on the fourth floor, which offers a much-needed small music venue in the city. 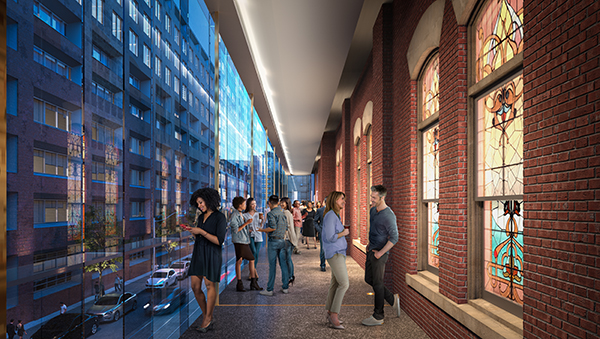 As for the historic aspects, the company announced the restoration of over 100-year-old stained glass windows located on all four levels of the auditorium. They had been boarded up for over a century, and will now be restored as part of the revitalization plan. 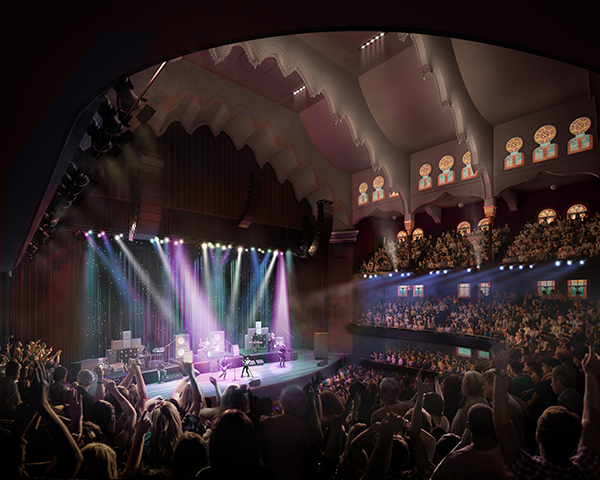 “Because so many people want to live here (Toronto), and there are more developments, and rents are going up, it does put pressure on every independent business,” says Ward 15 Councillor Josh Colle, also chair of Toronto’s Music Industry Advisory Council.

“I think most major cities around the world are finding that you want economic activity happening pretty much 24-7. It makes a main street healthier and safer to have activity at different hours, and not just shut down. It’s fitting that Massey would be the catalyst to make Yonge Street relevant again for music, because they’ve been there through everything.”

Massey Hall is receiving over $8 million in federal funding for its revitalization project.