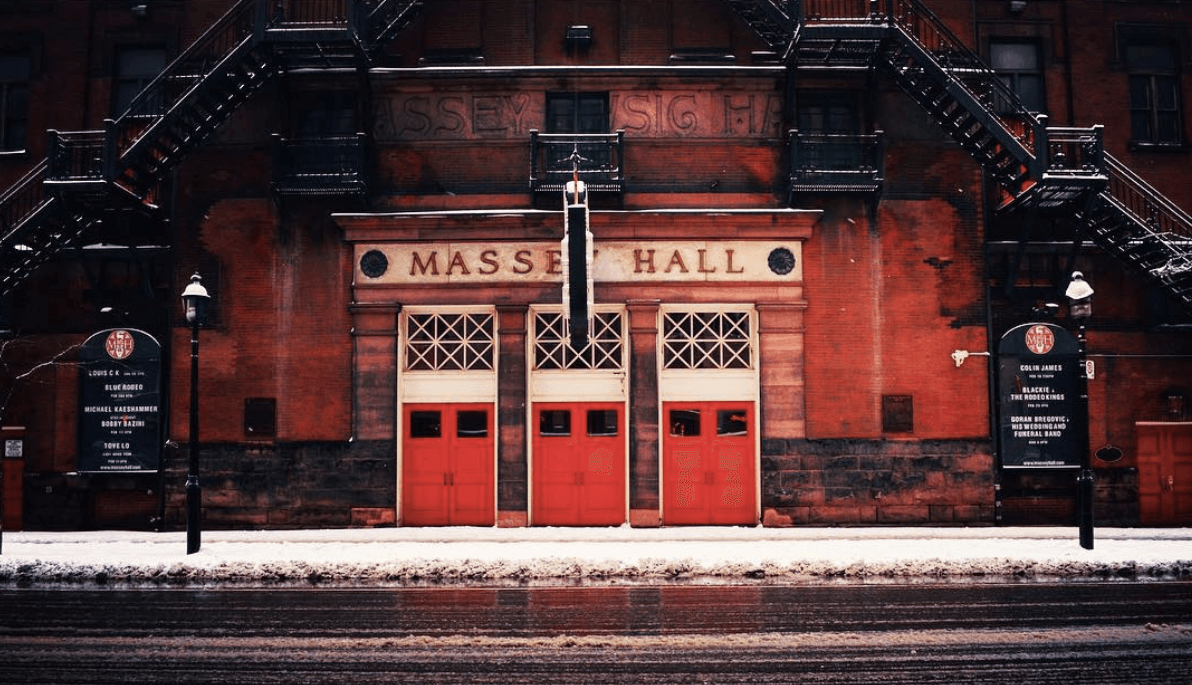 While it may seem like Toronto is losing venues, there is still hope for some of the historic halls in the city.

One of the Toronto’s vital parts of cultural and entertainment scene, Massey Hall is receiving over $8 million in federal funding for its revitalization project.

The Corporation is currently revitalizing Massey Hall to improve its accessibility, technical infrastructure and presentation environment.

“Investing in Canada’s cultural sector helps create jobs for the middle class, strengthens the economy, and ensures that Canada’s unique perspective is shared with the world,” said the Honourable Mélanie Joly, Minister of Canadian Heritage, in a statement.

The Government of Canada is providing the financial support through the Canada Cultural Spaces Fund, a program that provides cultural institutions with the funding required to offer world-class services to Canadians in their community.

“We are thrilled that the Government of Canada is investing in Massey Hall’s future through the Canada Cultural Spaces Fund. This funding will help set the stage for the completion of the Massey Hall Revitalization Project to ensure that Massey Hall remains a home to showcase and cultivate our future leaders in arts, culture and beyond,” stated Deane Cameron, President and Chief Executive Officer, The Corporation of Massey Hall & Roy Thomson Hall.

This will not be the first time Massey Hall has been through a renovation. The Hall survived a fire in 1904, and a flood in 1943, and the structure stood standing after undergoing major renovations at the time.

The Corporation of Massey Hall and Roy Thomson Hall is a not-for-profit charitable organization, and operates the two premier concert halls in Toronto.