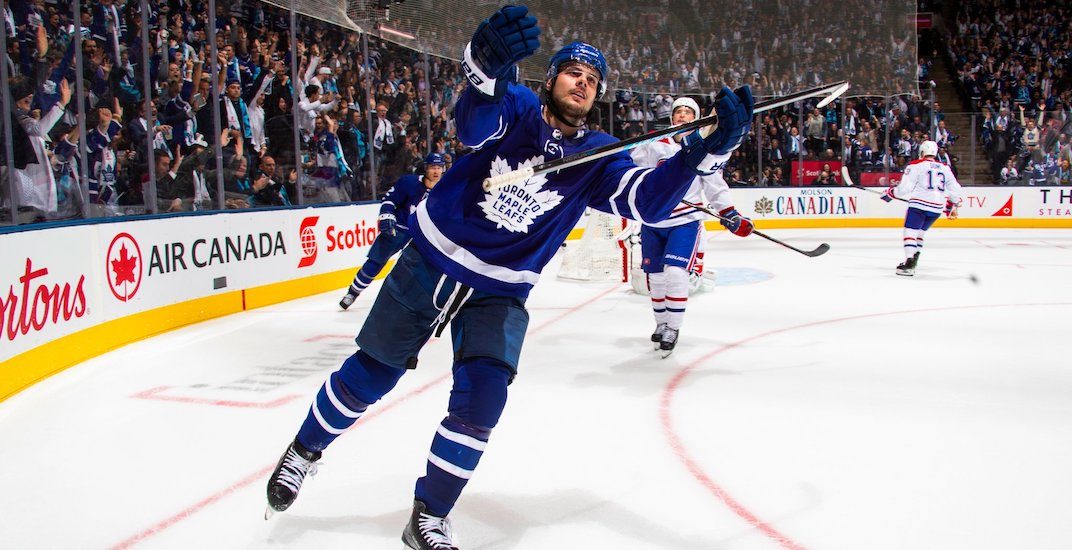 Auston Matthews has cashed in.

The Toronto Maple Leafs superstar has officially agreed to a five-year contract extension worth $58.17 million.

The contract carries an $11.634 million cap hit, second only to Edmonton’s Connor McDavid, who has a $12.5 million average annual salary. The deal slots Matthews just ahead of teammate John Tavares and LA’s Drew Doughty, who each make $11 million per season.

Most of Matthews’ contract will be paid out in the form of signing bonus money, meaning he’ll get his money sooner (July 1 each year) and helps protect against a potential loss of money in the event of a lockout.

Matthews will make $54.5 million of his $58.17 million deal in signing bonus dollars.

Here are the highest cap hits on the books in the NHL next season:

Matthews is currently in the last year of a three-year entry-level contract, carrying up to an annual salary of $3.775 million with bonuses.

He’s been a steal for Toronto, scoring 178 points in 182 career games. On pace for the best year of his career this season, the Arizona native already has 23 goals and 46 points in 38 games.

The 21-year-old is one of six pending restricted free agents on the Leafs’ roster. With the Matthews contract complete, GM Kyle Dubas will set his sights on Mitch Marner, who is also going to sign a rich deal. Other pending RFAs include forwards Kasperi Kapanen and Andreas Johnsson, defenceman Igor Ozhiganov, and goaltender Garret Sparks.

Pending unrestricted free agents the team will need to make decisions on include forwards Par Lindholm and Tyler Ennis, and defencemen Jake Gardiner and Ron Hainsey.