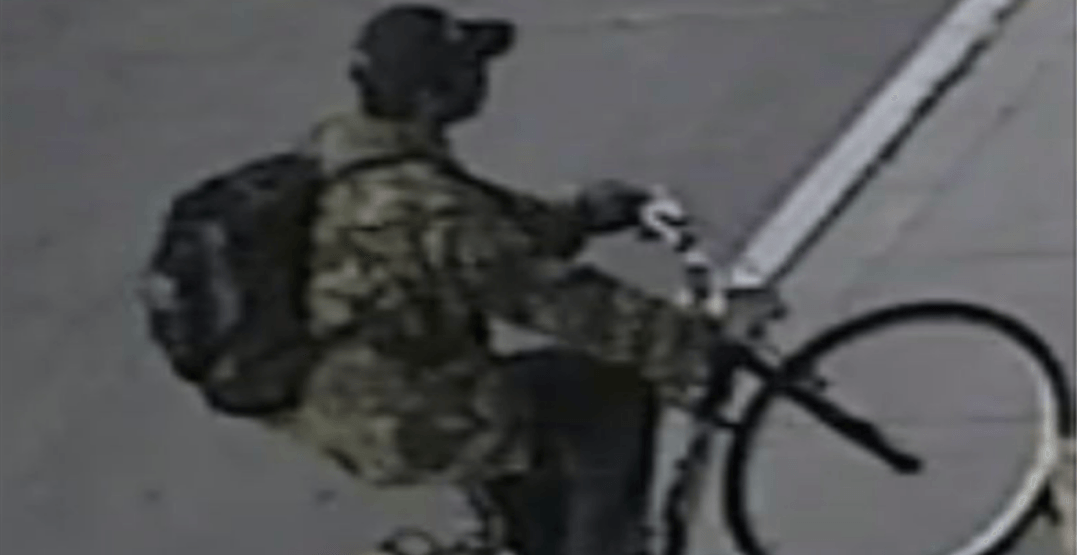 Police are looking for the man behind last week’s supposed gun sighting in downtown Toronto that resulted in a false alarm that shut down King Street for several hours.

The man is wanted for public mischief.

According to police, on Thursday, October 26 at 1:01 pm, officers responded to a call for a man with a gun in the King Street West and Charlotte Street area.

It was reported that a man was seen with a gun, he had forced someone into a building in the area and numerous police officers and emergency personnel responded to the call.

Police are now looking for this man, who is described as having a dark complexion, medium build, 5’10” – 6’2”, between the ages of 25 to 35, wearing glasses, a green camouflage jacket, black pants, black shoes, and a black baseball cap. Investigators believe that a man made the call from a payphone in the Spadina Avenue and Cecil Street area.

He was riding a black vintage-style hybrid bicycle with a black rear mudguard and a wooden rear rack and he was also carrying a black backpack.

Security footage has since been released and images of the wanted man can be seen below. 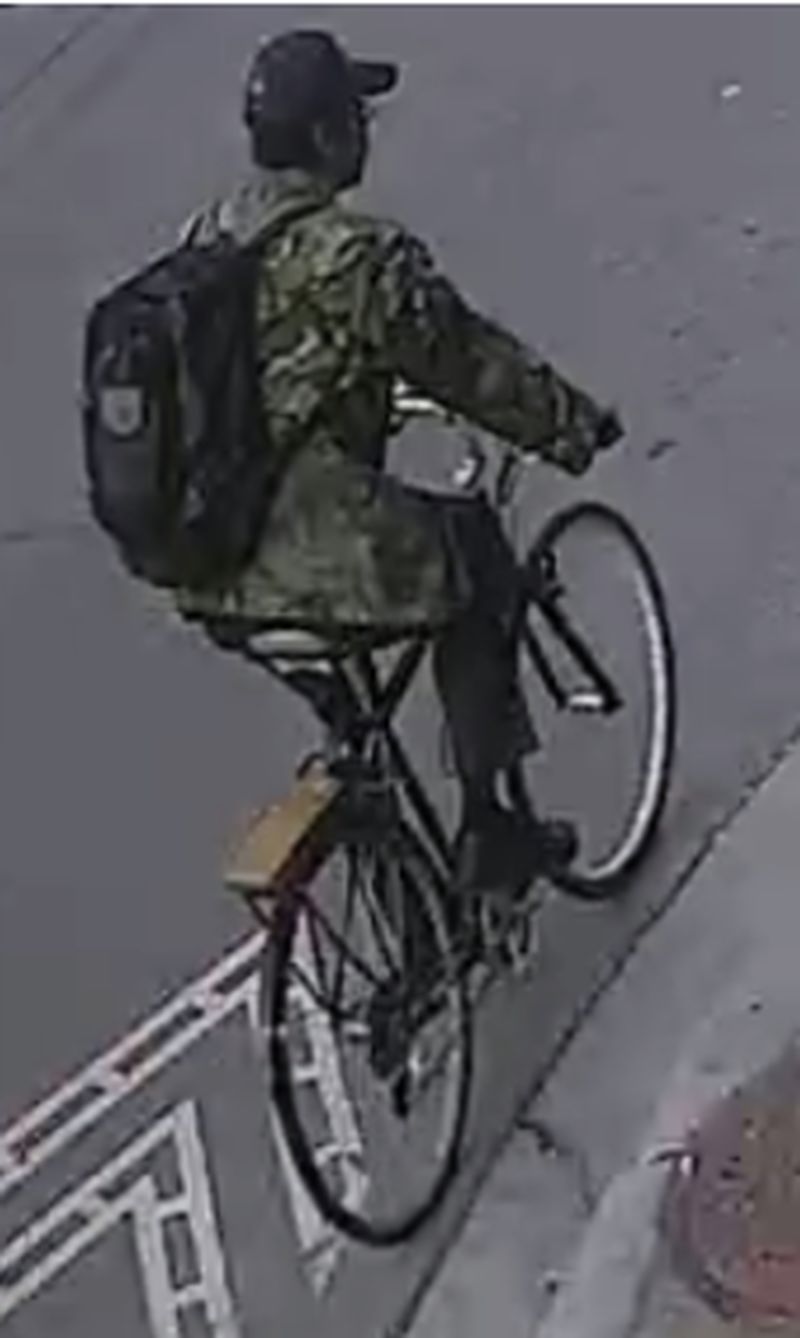 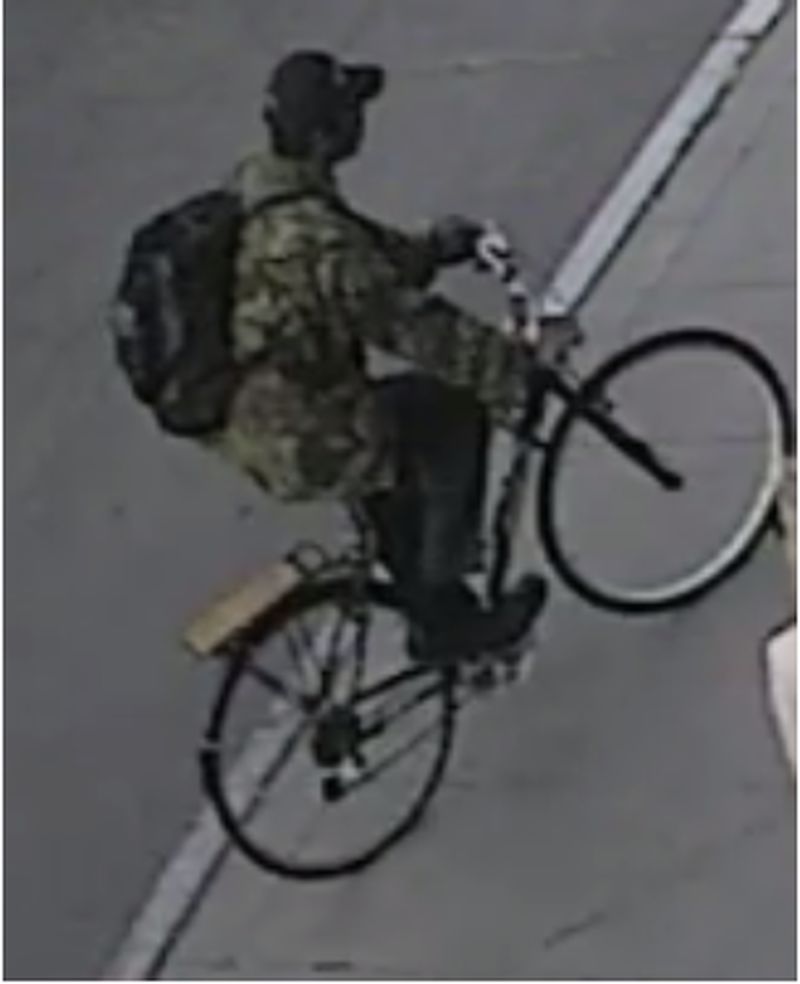 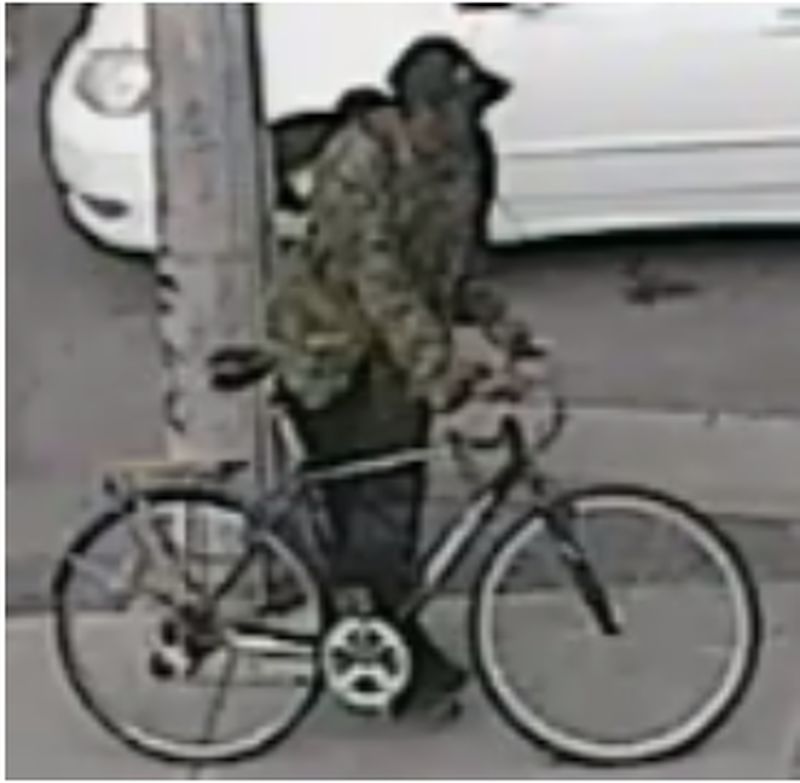