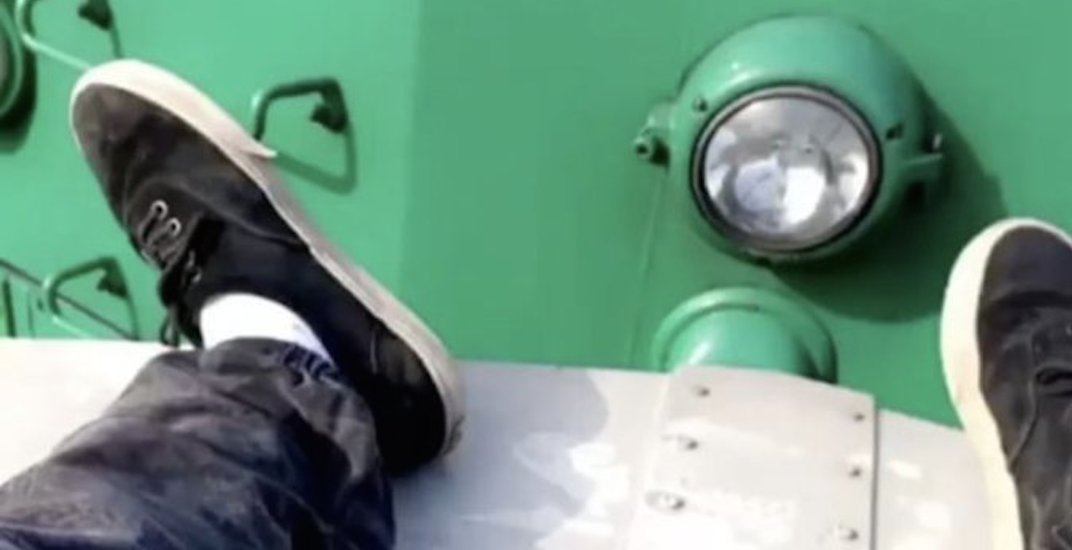 A 19-year-old male from Mississauga has been arrested after footage surfaced this month on social media showing him allegedly riding on top of a moving GO train.

According to Peel Regional Police, the footage, which recently went viral, was originally shared on social media in June 2017.

Came across this dangerous, stupid and not to mention illegal stunt. I don’t know what this person was thinking but nothing can justify this. @GOtransit Safety Officers are investigating and take this very seriously. Don’t be like this guy, don’t ever try this. #Toronto #transit pic.twitter.com/4OXQxFhXX2

Investigators from Metrolinx with the assistance of the 12 Division Criminal Investigation Bureau were able to identify the young person in the video and on Monday, September 17. A 19-year-old male from Mississauga was arrested and charged under the Railway Safety Act.

He will appear in the Ontario Court of Justice in Brampton on a future date to answer to the charge.

The male was a young person as defined under the Youth Criminal Justice Act (YCJA) when the incident occurred, therefore his identity will not be released during this investigation.

Anyone with information relating to this investigation is asked to call investigators at the 12 Division Criminal Investigation Bureau at (905) 453-2121, ext. 1233.