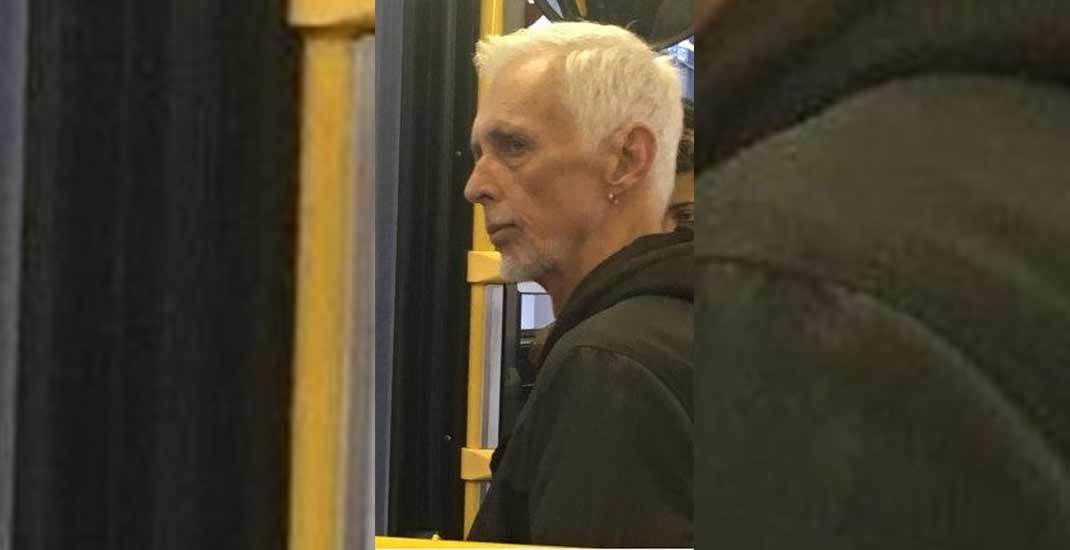 The Toronto Police Service is looking to identify a man wanted in a sexual assault investigation.

According to police, in August 2016, a 44-year-old woman was travelling on a TTC bus in the Eglinton Avenue West and Avenue Road area, when she was sexually assaulted by another passenger.

Police say that on Wednesday, September 12, 2018, the woman was again travelling on a bus, when she recognized the man and was able to photograph him.

He is described as between the ages of 50 and 60, approximately 5’9″, medium build, and white hair.

Sexual assault is any form of unwanted sexual contact. It includes, but is not limited to, kissing, grabbing, oral sex and penetration, according to Toronto Police.