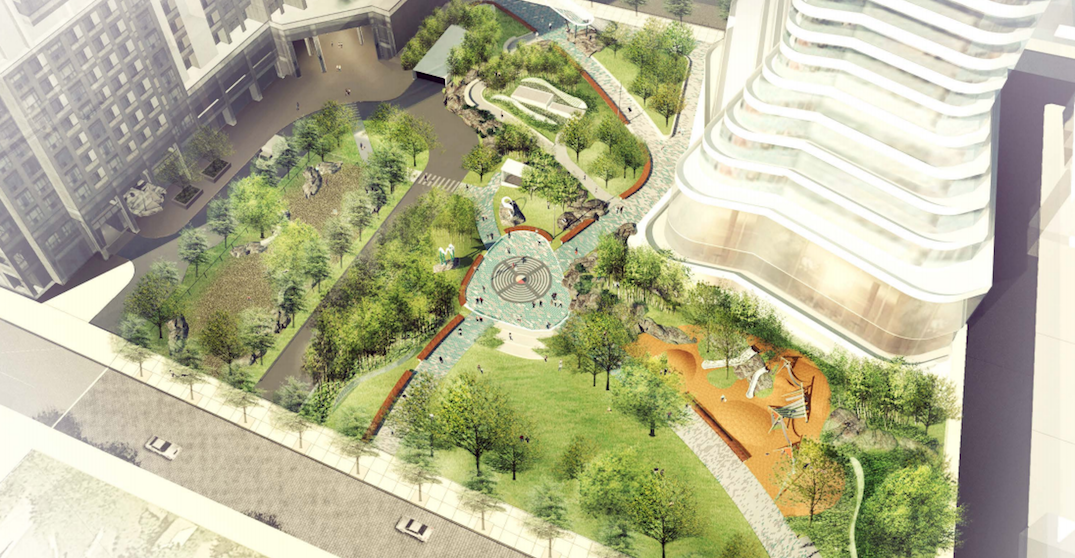 A brand new downtown Toronto park that will honour the late Indigenous leader Dr. Lillian McGregor is set to open this summer.

Construction on the 1.6-acre L-shaped park, located on Wellesley Street West between Bay and Yonge, just started last month but is expected to wrap up in July. 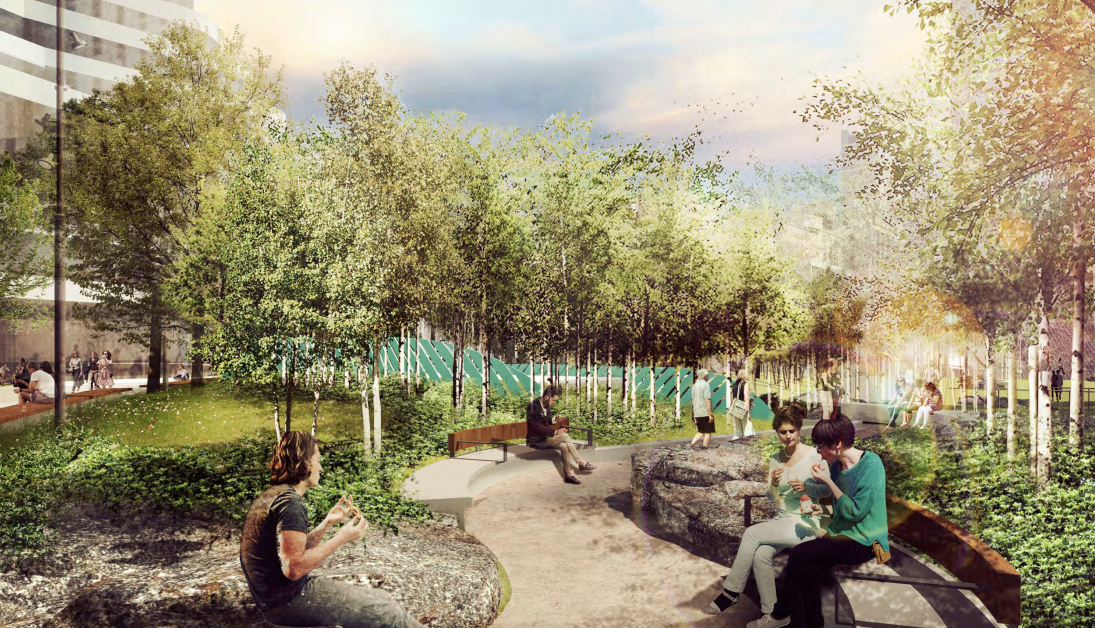 In honour of Dr. Lillian McGregor, a nurse, community leader, and Indigenous education advocate of the Whitefish River First Nation for whom the Toronto park is named, the space will contain many nods to Indigenous culture.

There will be a mosaic Indigenous medicine wheel tiled in the middle of the park’s central gathering space, a feather canopy to provide shade, sculptures of cranes — Dr. McGregor’s family clan sign — and traditional Indigenous vegetation planted throughout the park. 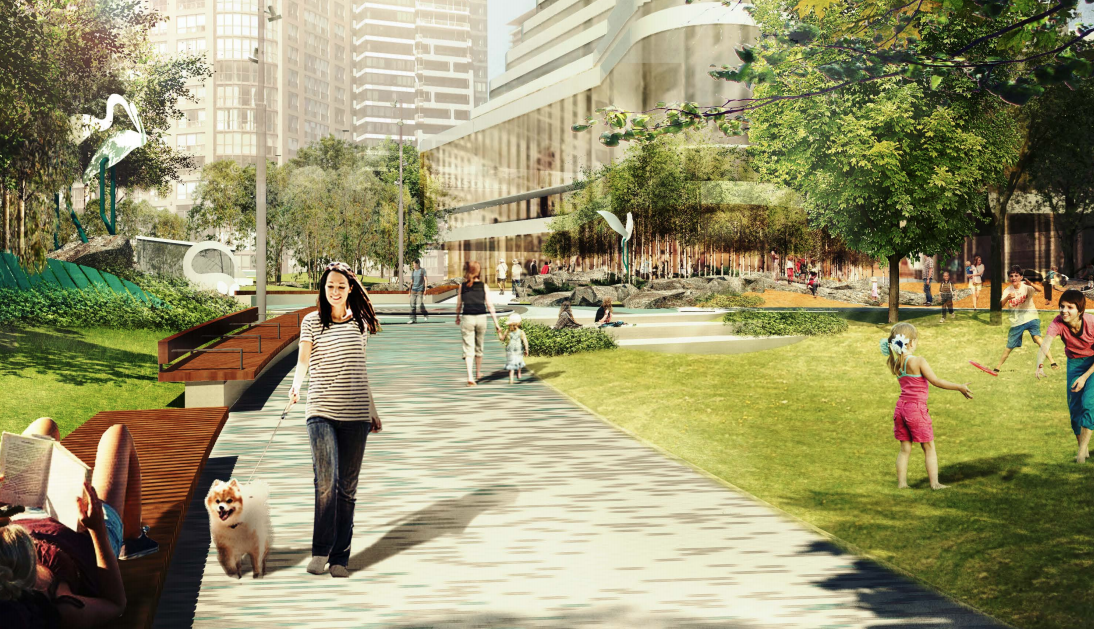 The park will also have a playground, an off-leash dog area, and multiple open grassy spaces. There will also be plenty of seating throughout with benches and moveable patio furniture planned.

The park will be built over two separate parking garages and a U-shaped driveway connecting to an existing parking garage ramp with two adjacent Bay Street properties incorporated into the park’s design. 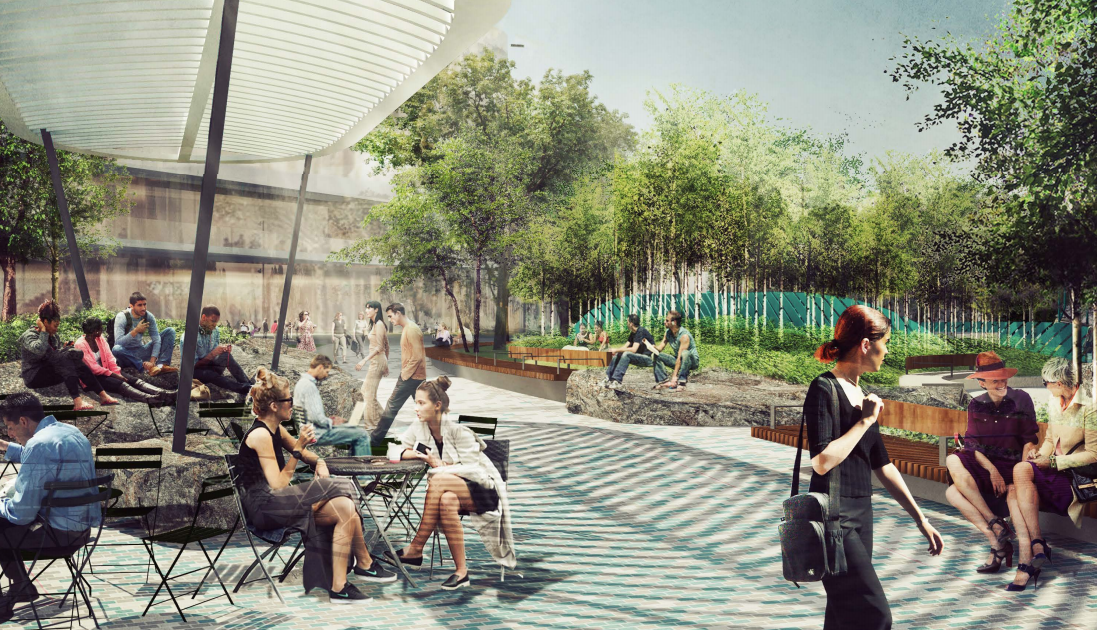 Plans for Dr. Lillian McGregor Park came after the province sold the land to developer Lanterra and negotiated to build the park on the property, in addition to Lanterra’s still under construction 60-storey tower that’s planned for the site.

The tower will rise on the northeast side of the property. Once complete, it will have 740 residential units which are all already sold out, according to Lanterra’s website. 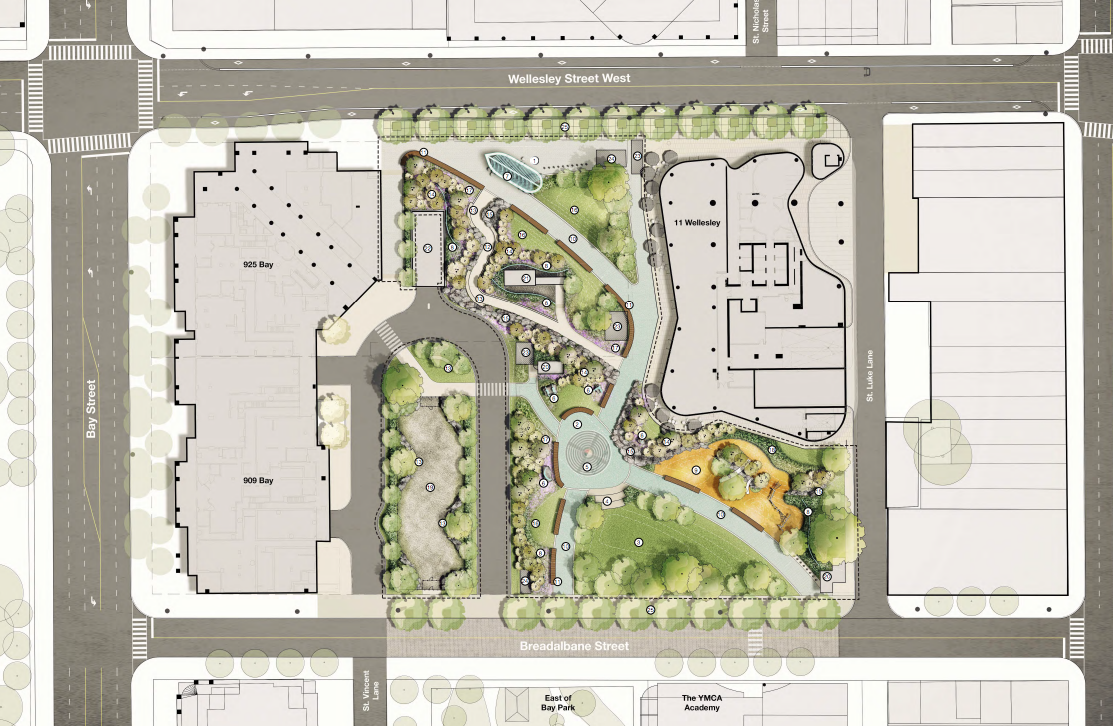 With many Torontonians looking to get out of their homes and enjoy the outdoors as much as possible, the new park should be a very welcomed addition to the city.