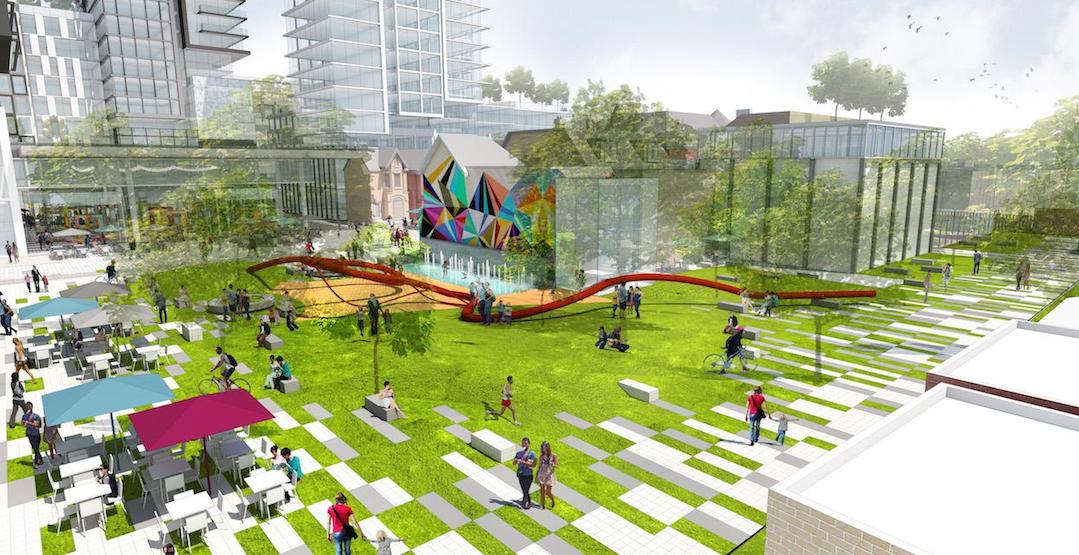 As construction of the six-building project at the former Honest Ed’s site is taking shape, the city is now looking to gather public input on the park that will eventually sit on the property.

The Mirvish Village Park is set to occupy more than 13,000 square feet of space on the Bloor Street West property and will face Markham Street. To gather community feedback on it, the City of Toronto will be hosting a virtual public meeting on March 25 at 6 pm to present the park’s designs. 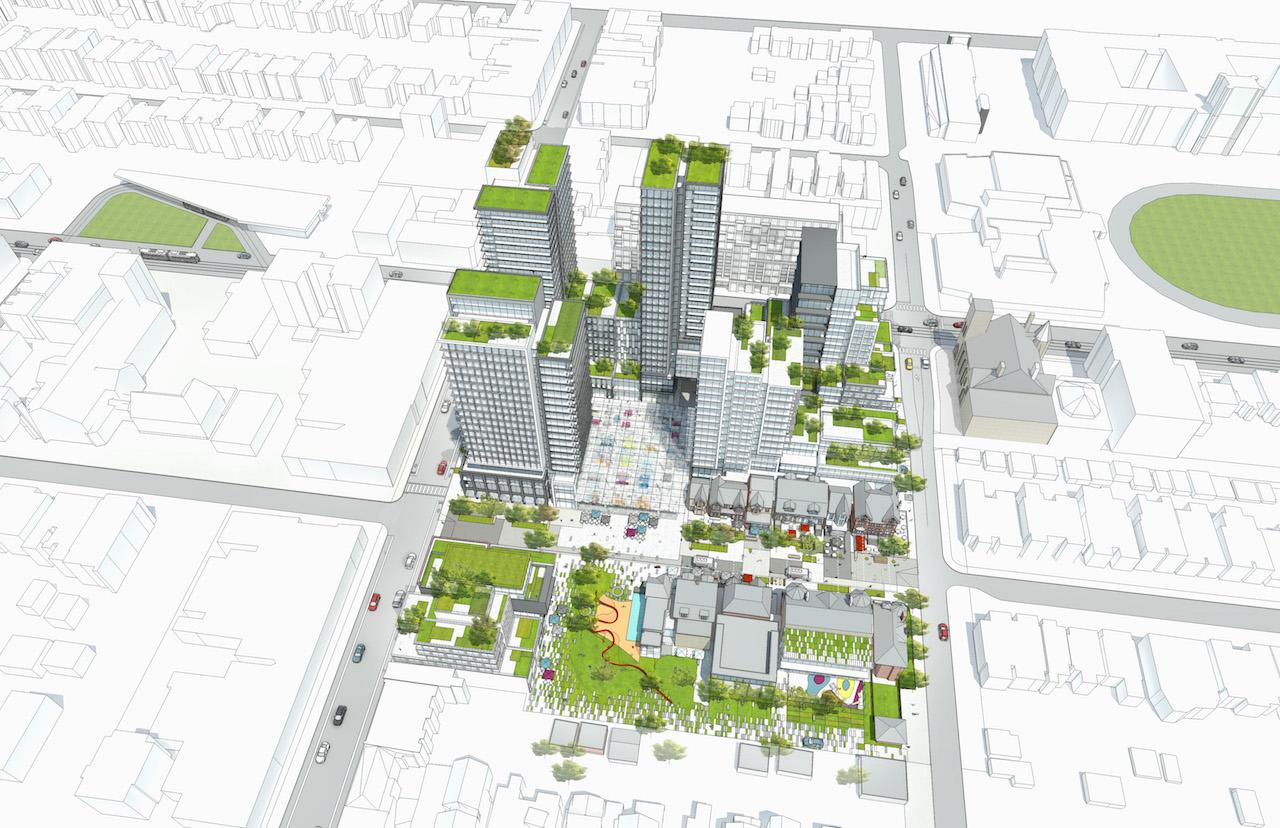 Various renderings of the proposed park have been released both by the Honest Ed’s development project architects, Henriquez Partners, and the City of Toronto.

As of now, the park is set to have extensive bird-friendly gardens, shade trees, sitting and picnic opportunities, and a children’s water feature, according to the City’s website. 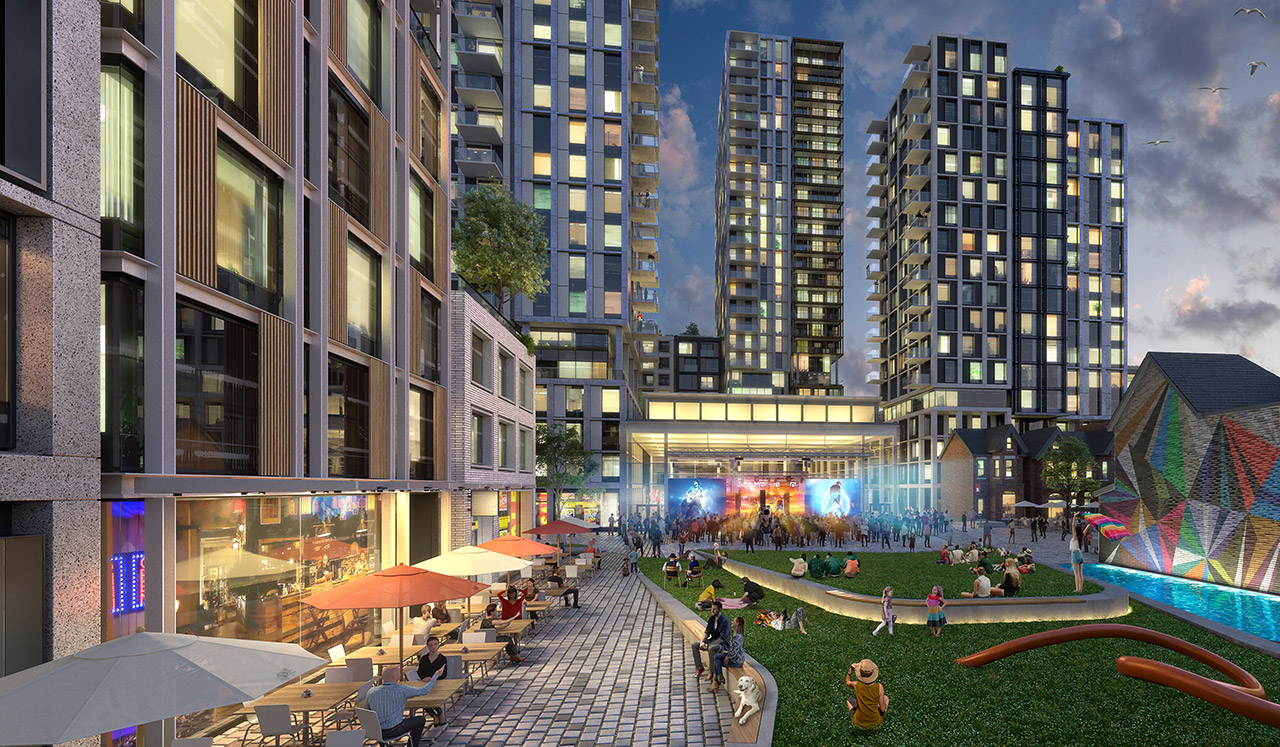 The rest of the property’s development will consist of six residential mixed-use buildings that will house 916 rental units – 336 of which will be affordable units – commercial retail space, a daycare centre, and a marketplace.

It will all sit on the former site of Honest Ed’s, the iconic Toronto department store that operated there for 60 years before being demolished in 2017. 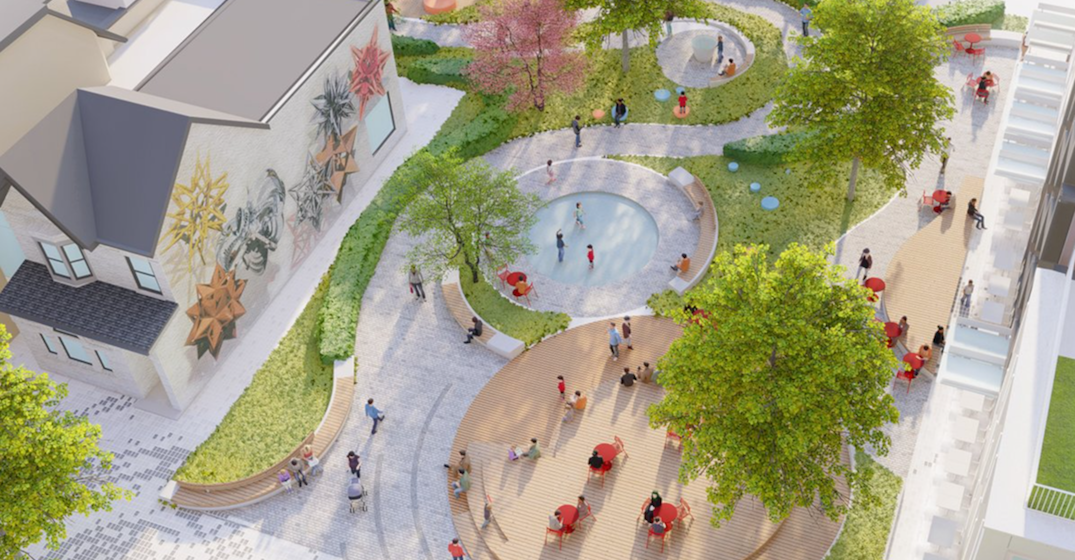 The City is planning to have a detailed design and construction plan finished for the park by the fall of this year. Construction will start up in 2022 and is expected to be finished the following year.

The demolition of Honest Ed’s was an end of an era, but hopefully the Mirvish Village Park will be the beginning of a new one.

Registration for the virtual public meeting is available online.