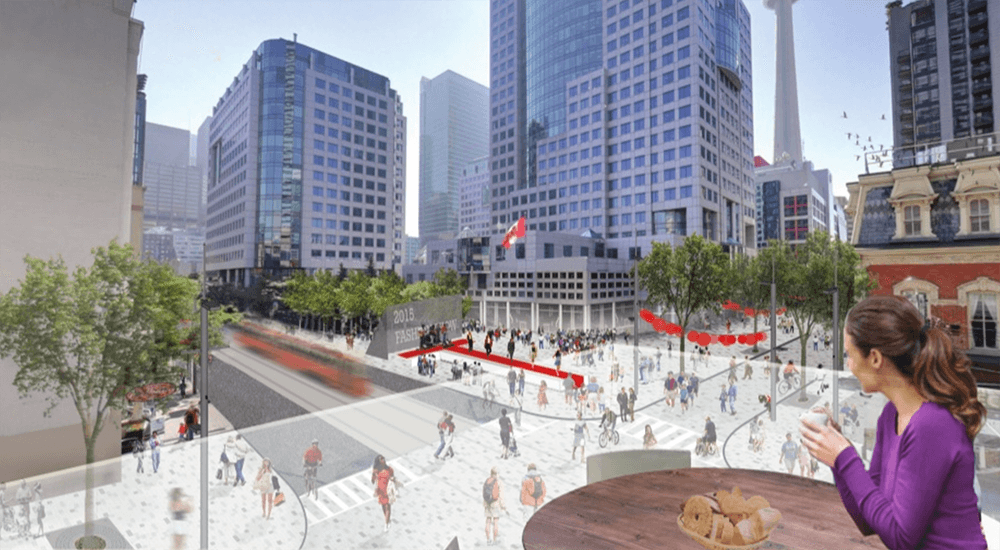 John Street is currently home to some of Toronto’s foremost cultural institutions.

Among them is the CBC, Metro Toronto Convention Centre, CTV, and primary venues for the Toronto International Film Festival.

Yet it feels like a largely forgettable strip of pavement most will recognize as a Jack Astor’s address.

The good news is the City of Toronto is set to move forward on a plan to turn John Street into a “cultural corridor”. A move that’s been 10 years in the making.

Starting next year or early 2019, $40 million will be committed to redesigning the streetscape between the Rogers Centre to the south and AGO to the north.

“These improvements will lead to an environment that is accessible, beautiful, and pedestrian-friendly, and that accommodates the many events and festivals held along John Street,” reads a release by the City of Toronto. 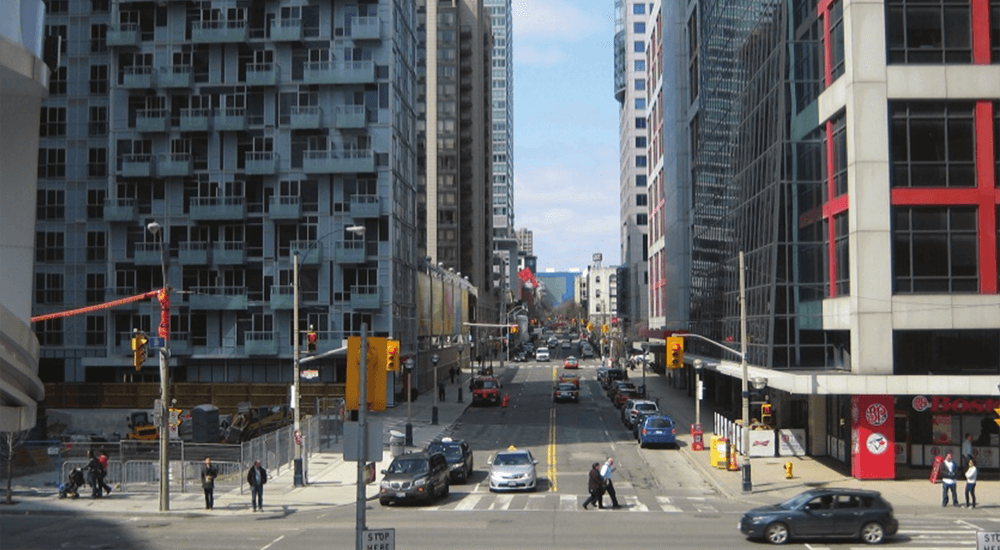 Improvements to the area will include:

Sounds promising, though one major omission is the construction of bike lanes. That’s not ideal for transportation given that car traffic will be reduced to one lane in each direction. (There are currently two lanes in each direction). Not offering space for bikes also seems odd given the project’s focus on a pedestrian-friendly (see: non-car) thoroughfare. 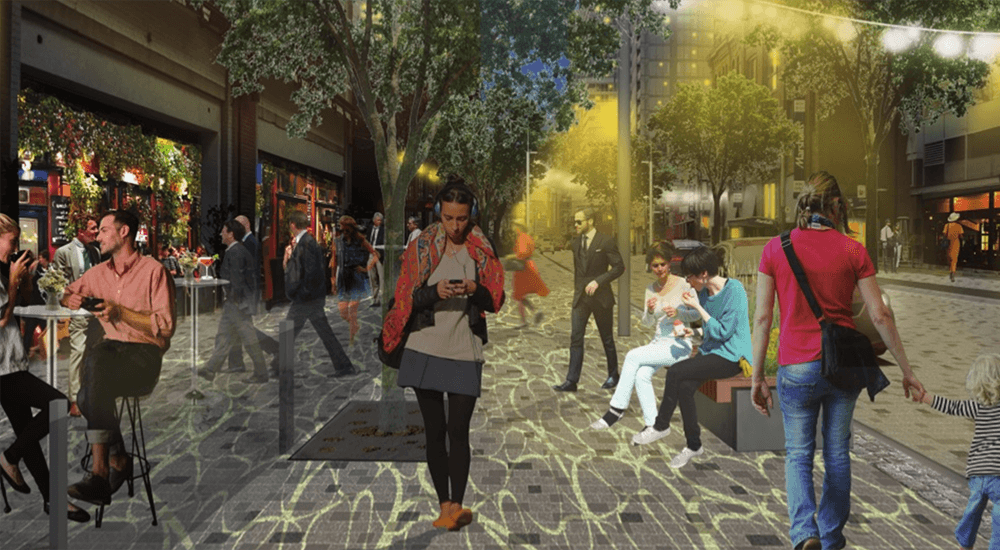 Rendering of the new streetscape.

The changes will equip John Street to host street festivals and special events throughout the year. This seems especially fitting for a street at the heart of the Entertainment District.