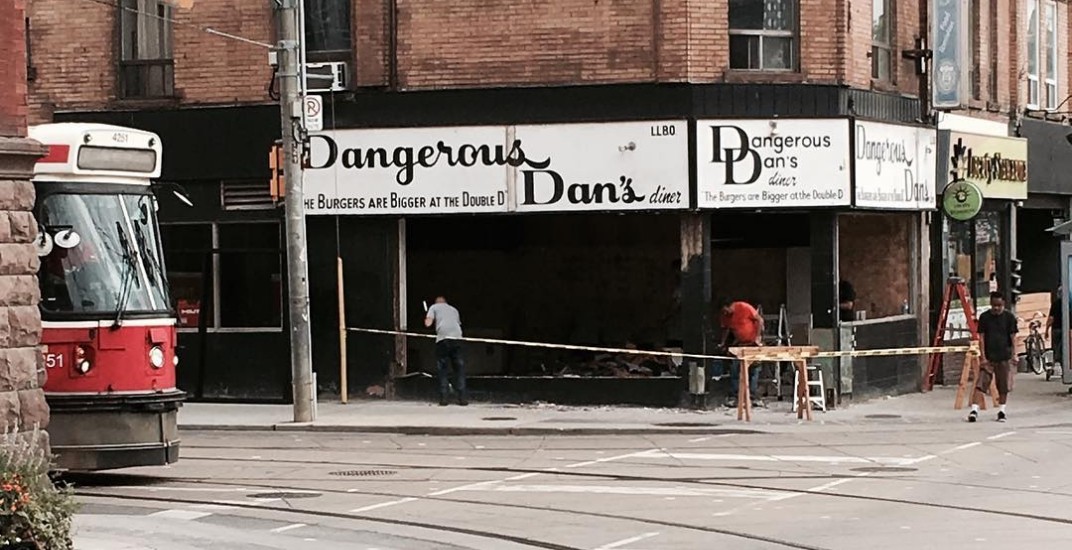 These Toronto restaurants have amassed a loyal following over the decades and we’ll miss them dearly… unlike these shortlived flops you’ll hardly remember.

Here are 10 Toronto institutions that shuttered in 2017.

Bloor Street Diner, 55 Bloor Street West, Unit 216
The diner inside the Manulife Centre closed on January 8, 2017 after 35 years as it makes way for the forthcoming location for Toronto’s very first Eataly.

Dangerous Dan’s, 714 Queen Street East, Toronto
The Riverside burger joint at the corner of Queen and Broadview served its last Coronary Burger in May after 18 years in business. The address will soon be home to Pizza Nova.

The Musket, 40 Advance Road, Etobicoke
The German-Austrian pub shuttered over the summer. The watering hole and restaurant serving up schnitzel and spaetzle had been an Etobicoke staple for nearly four decades.

Park Hyatt Roof Lounge, 4 Avenue Road, Toronto
After 82 years, this Yorkville hotel has shuttered one of the city’s favourite lookout spots and cocktail lounges as the hotel undergoes extensive renovations. Expect an all-new rooftop to debut upon completion towards the end of 2019.

Spirits Bar & Grill, 642 Church Street, Toronto
After 30 years in business, this family-run pub has closed as the owners sail into retirement.

Steve’s Restaurant, 3788 Bathurst Street, North York
Serving homestyle comfort foods since 1946, the original family restaurant at Bathurst and Wilson closed in 2017 but locations live on in Thornhill and Thornbury.

The Victory Cafe, 581 Markham Street, Toronto
Closed January 2017 after 27 years though a new location has since popped-up at440 Bloor Street West. See where the rest of Mirvish Village has relocated to.

Whistler’s Grille & The McNeil Room, 995 Broadview Avenue, Toronto
After 36 years in business, this family-run restaurant is closing on December 31 following the sale of the property.