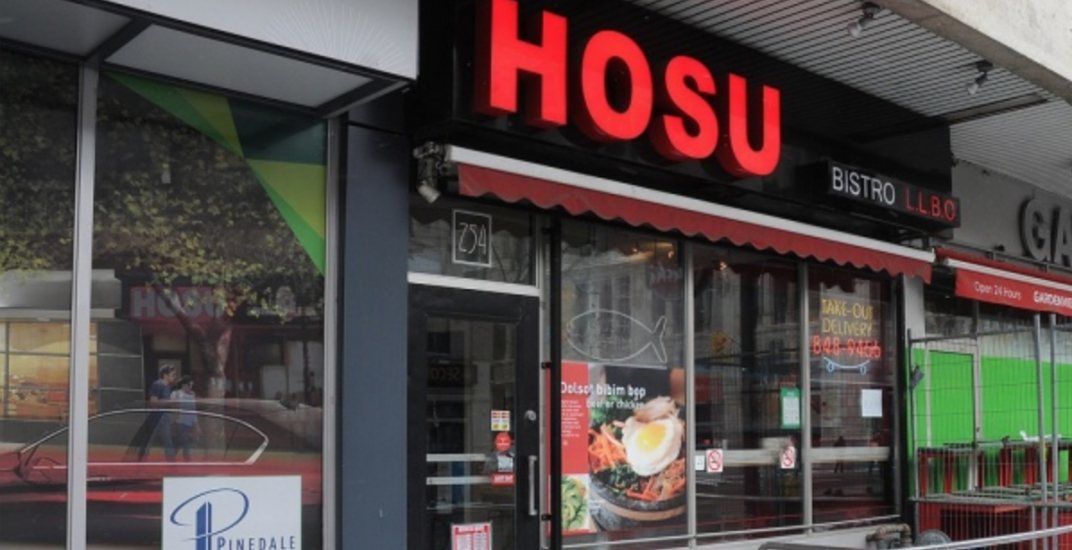 Toronto’s restaurant scene is as vibrant as ever but autumn 2017 meant lights out for nearly 40 dining establishments.

From decades-old institutions that’ll live on in hearts forever to spectacularly shortlived flame-outs that we barely remember, here are all the Toronto restaurants that just won’t see another season.

Belmonte Raw, 1022 Queen Street East, Toronto
Locations in Leslieville and in the PATH closed up shop nearly a decade into business.

Beryl’s Pepper Pot, 1610 Queen Street East, Toronto
Locations in Ajax and Pickering are still in business but the Caribbean joint in Leslieville is dunzo.

Buster’s Sea Cove,  876 Yonge Street, Toronto
The source for fish tacos and lobster rolls shuttered this outlet at Yonge and Scollard but is still going strong at other locations including a food truck, St. Lawrence Market location, and Yorkdale Shopping Centre pop-up.

Corrado’s, 118 John Street, Toronto
The Italian and Greek take-out spot in the Entertainment District shut its doors for good this fall.

The Dundas General, 1243 Dundas Street West, Toronto
The one-stop cafe and retail space closed due to unforeseen circumstances, according to its website.

G for Gelato, 75 Jarvis Street, Toronto
The pizzeria and gelateria shut its retail location at Jarvis and Adelaide after failing to renew its lease.

The Green Room
The back alley bar just south of Bloor might be closed but The Green Room has been reincarnated at 414 College Street in Little Italy.

Holts Cafe, Yorkdale, and Yorkville
There will soon be a new place to refuel while shopping at Holt Renfrew. Colette Grand Café is soon to replace the luxury retailer’s in-store cafes at five locations in Canada including two in Toronto.

HoSu Bistro, 254 Queen Street West, Toronto
The Japanese restaurant on Queen West is no more though the location at Yonge and Eg perseveres.

Hungry Amoo, 74 Ossington Avenue, Tronto
The snack bar on Ossington has already been replaced by Tanto, a new Argentine-inspired restaurant from the folks behind Chabrol.

I Love Churros from Pancho’s, 658 College Street, Toronto
The Little Italy outpost is shuttered although you’ll still find Pancho’s going strong in Kensington Market and at Dufferin and Bloor.

Ji, 760 St. Clair Avenue, Toronto
The Indian pub on St. Clair announced its closure in early December on Facebook while simultaneously promising a new, bigger location open somewhere downtown in the near future.

Judy’s Cuisine, 550 Highway 7 East, Richmond Hill
The Cantonese restaurant in Times Square closed after over a decade as a local fave.

Kaiju, 384 Yonge Street, Unit 51, Toronto
The Japanese curry vendor in the Shops at Aura food court shuttered at the end of October.

Lucullus Bakery, 31 Elm Street, Toronto
The Asian bakery might have closed its downtown outpost but three locations in Markham and Richmond Hill are still kicking.

Milestones, 132 John Street, Toronto
The chain restaurant in the heart of Toronto’s entertainment district is soon to be replaced by a Brazillian restaurant, Zebu Steak + Bar.

Park Hyatt Roof Lounge, 4 Avenue Road, Toronto
After 82 years, this Yorkville hotel has shuttered one of the city’s favourite lookout spots and cocktail lounges as the hotel undergoes extensive renovations. Expect an all-new rooftop to debut upon completion towards the end of 2019.

Thai Indeed, 3081 Kingston Road, Scarborough
The source for pad thai and curries shuttered at the end of November.

The Rectory Cafe, 102 Lakeshore Ave, Ward’s Island, Toronto
After a summer full of flooding, the restaurant on the Toronto Islands decided not to renew its lease.

Republic
Just six months in, this hidden cafe and purveyor of Lebanese street foods closed its doors citing a lack of “constant daily flow of traffic” and “inability for customers to park on the street.”

The Steady, 1051 Bloor Street West, Toronto
RIP dance parties and hangover brunches at this queer-friendly spot operating from 2013 to 2017.

Smoke’s Poutinerie, 772 College Street, Toronto
The outpost in Little Italy may have shuttered, but this chain restaurant is still dishing out fries, cheese curds and gravy at locations across the city.

Spirits Bar & Grill, 642 Church Street, Toronto
After 30 years in business, this family-run pub closed as the owners sail into retirement.

Steve’s Restaurant, 3788 Bathurst Street, North York
The original family restaurant at Bathurst and Wilson has closed but locations live on in Thornhill and Thornbury.

TOT the Cat Cafe, 298 College Street, Toronto
Toronto’s premiere cat cafe closed in early November, though a notice on facebook suggests that this feline-friendly cafe might have a few more lives to go: “We decided to take a break, then return with BIGGER, BETTER, PURR-ER, and much more surprises to YOU ALL! New location(s) will be announced!”

Untold, 1581 Bayview Avenue, Toronto
This soup and salad bar was no more than a flash in the pan and was open for just days!?!

Whistler’s Grille & The McNeil Room, 995 Broadview Avenue, Toronto
After 36 years in business, this family-run restaurant is closing on December 31 following the sale of the property.