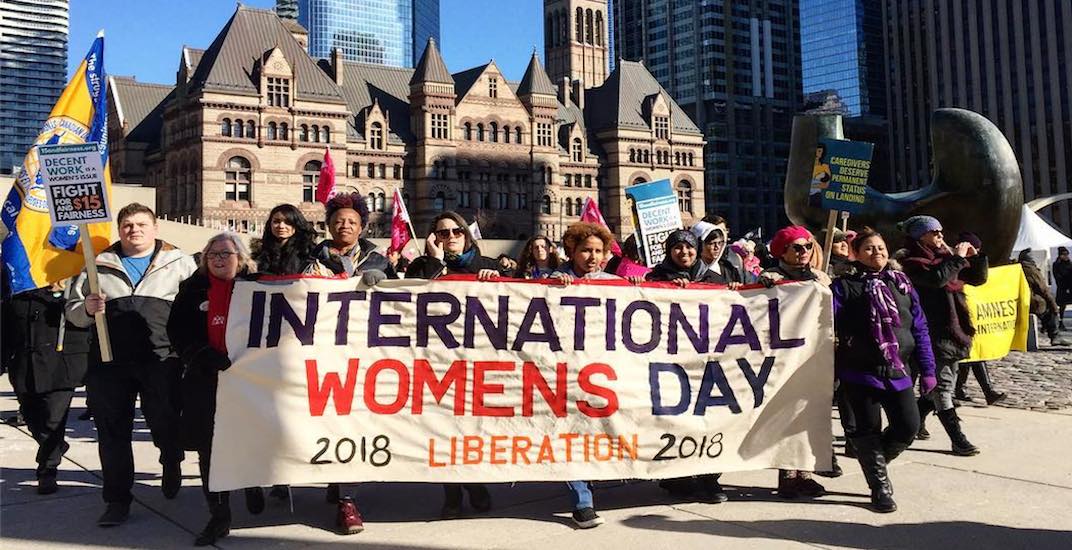 This past Saturday, downtown Toronto was filled with thousands of Torontonians participating in this year’s International Women’s Day march and rally.

But this year, Toronto wasn’t only standing up for equal rights of women, but for the justice of Tina Fontaine — the 15-year-old girl from Sagkeeng First Nation who was found in Winnipeg’s Red River — and the countless other missing and murdered Indigenous women and girls the Canadian justice system has failed.

This is what the massive International Women’s Day march and rally in Toronto looked like.

A post shared by Nathan Phillips Square (@nathanphillipssquare) on Mar 3, 2018 at 9:00pm PST